I may post too many Labradors. I’m sure I post too many golden retrieverss. In my defense, they’re both incredibly common, and for a damned good reason: they’re wonderful dogs.

A second picture, after the break. 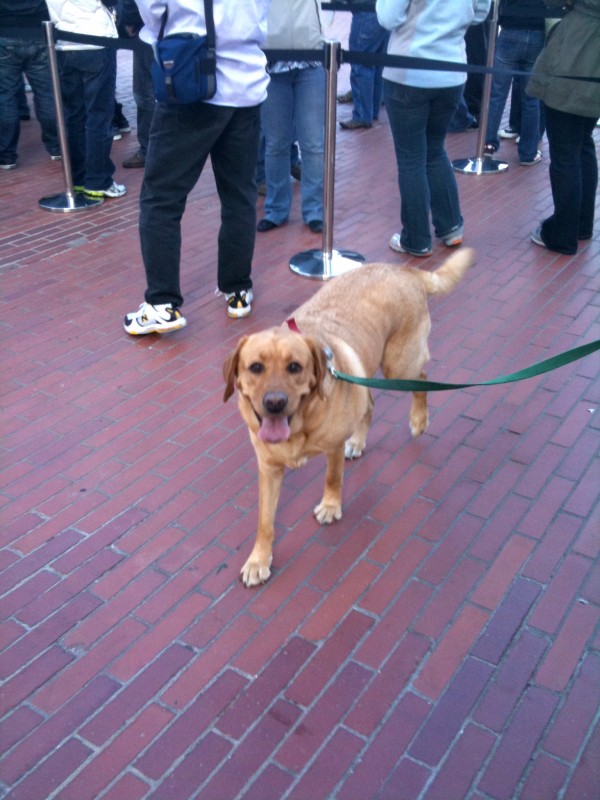 This was the line for a brief ride that was set up in Justin Herman Plaza in San Francisco: an urban zipline. The dog didn't go on it, but he did attempt to say hello to just about everyone who did. 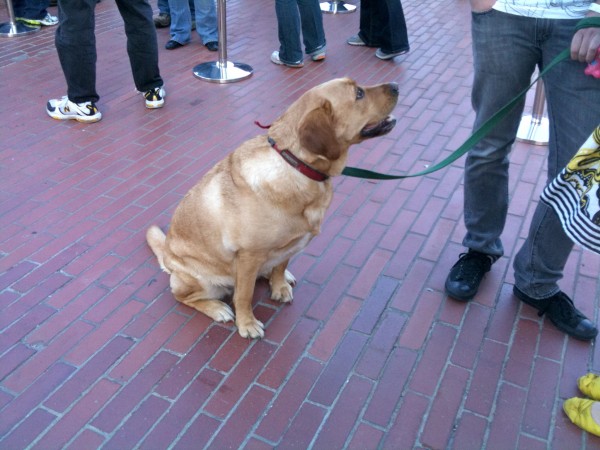 This entry was posted in Dog of the Day and tagged Labrador Retriever. Bookmark the permalink.