Dog of the Day: Sadie the Pomeranian

My notes say that Sadie is 10, and blind. You sure wouldn’t know it from any of the pictures. 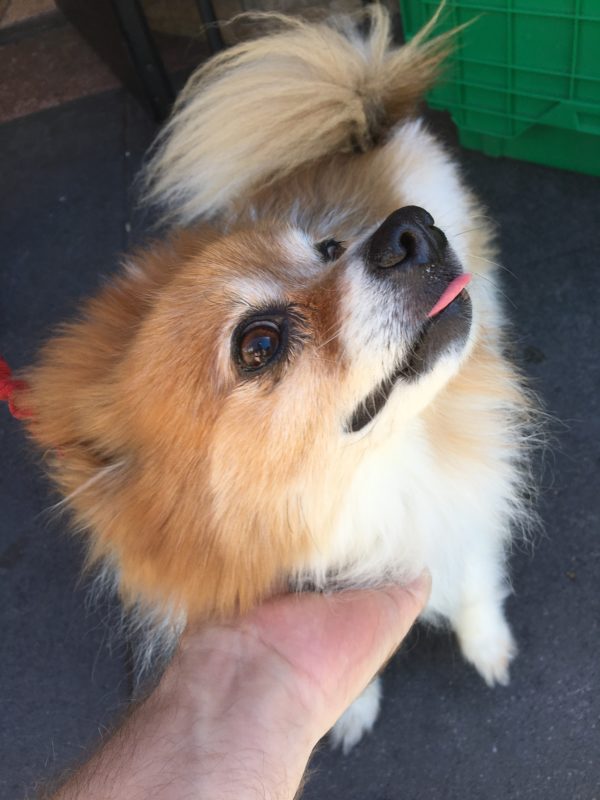 I often try to get pictures of dogs while petting them. It usually doesn’t work out this well. 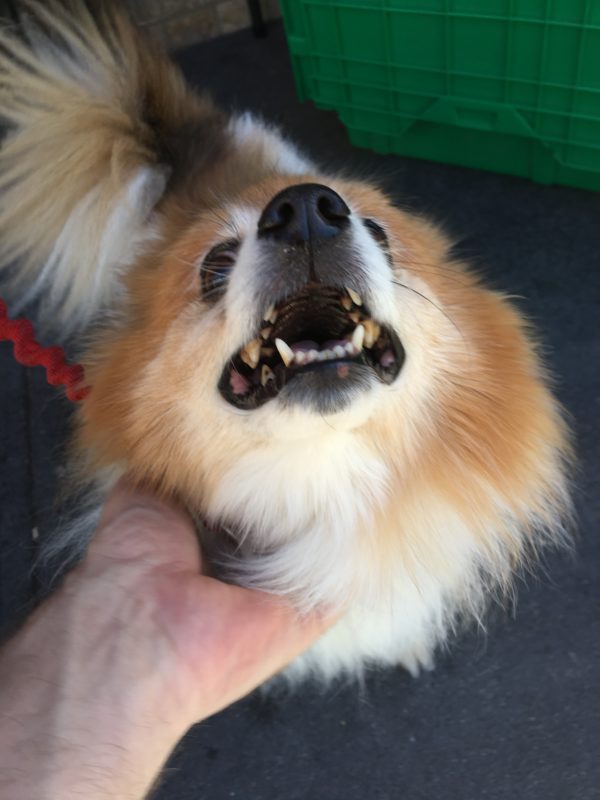 Can practically see right out the other side.

Posted in Dog of the Day | Tagged North Beach, Pomeranian | Leave a comment

Dog of the Day: Nara the Dalmatian Puppy

Having to do a little searching through my archives to find pictures that I haven’t yet posted. Nara here is from way back in 2017, when she was just 8 months old and hyper as anything. 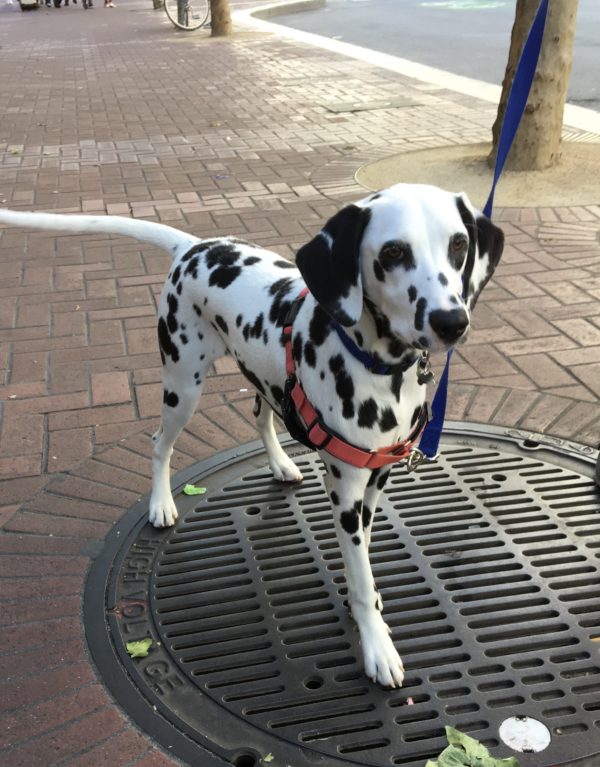 She looks so serious!

I saw these two in our local dog grooming parlor, Wags. I did not get a single picture where both of them were non-blurry at the same time, but I thought some of these were worth showing off anyway. I am not sure what the puppy is… Aussie with a tail? Berner with unusual markings? SO CUTE.

No captions and no hovertext today. I’m too overwhelmed with cute. 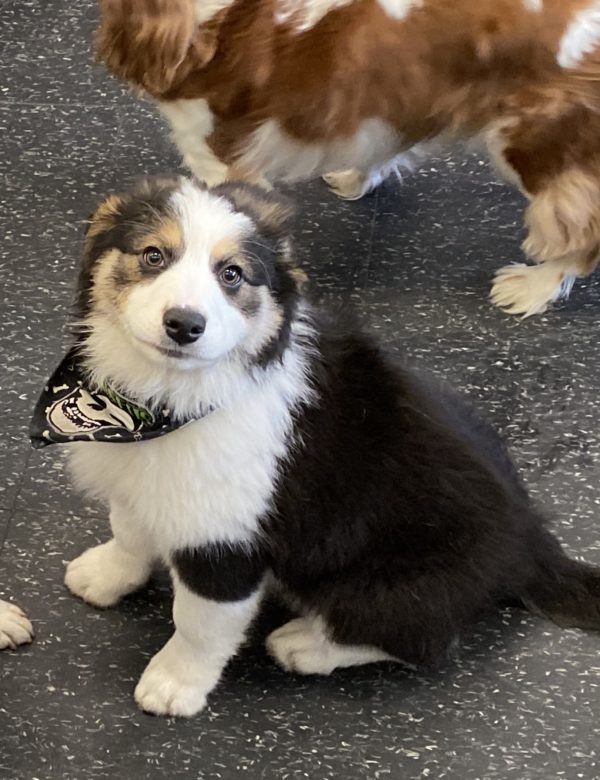 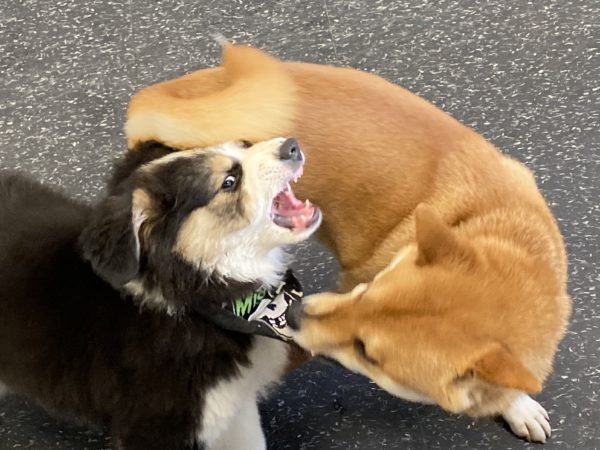 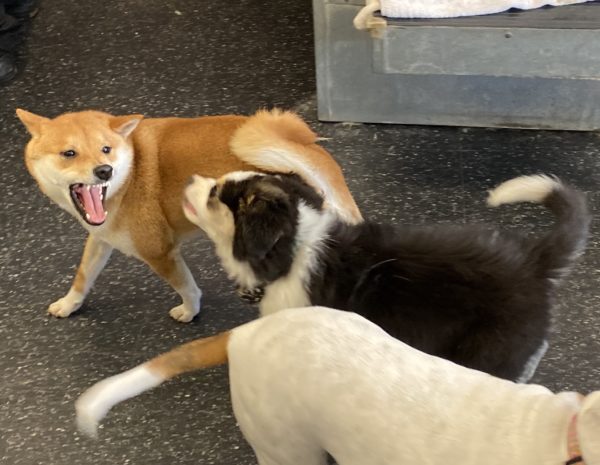 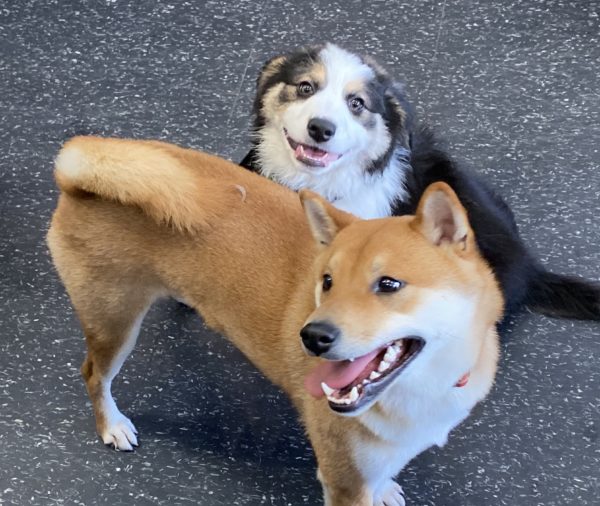 Dog of the Day: Tulip the Chihuahua Terrier Mix Puppy

Well, as you might imagine, I’m not running across too many new dogs in these socially isolated times. But just before this whole thing started, Tulip made her first few visits to my office, and I got a whole bunch of pictures of her! So I’m going to be posting them gradually for a while, interspersed with other pups. She’s four months old, and amazingly photogenic. 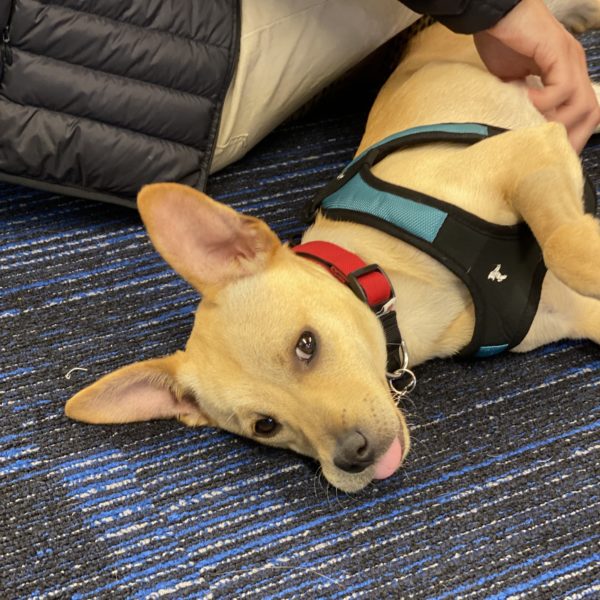 She just loves wandering around the office and nuzzling people’s knees. It’s an amazing tension-reducer.

Dog of the Day: Oliver the Golden Retriever Puppy 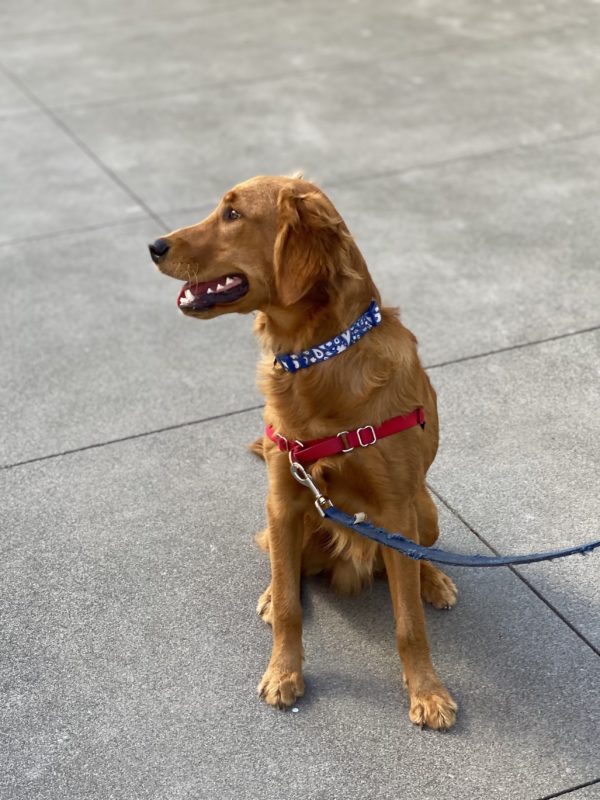 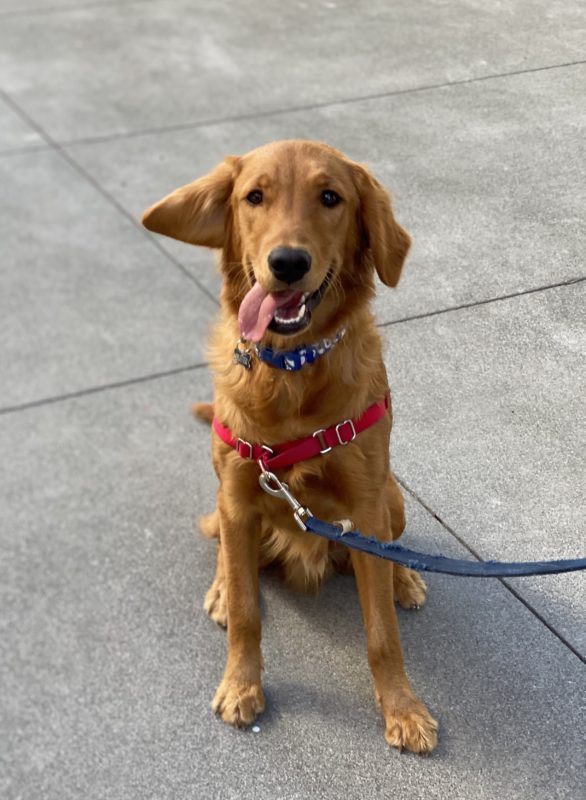 Of course, he did look around a lot (which is what made his ear floop around like this.) 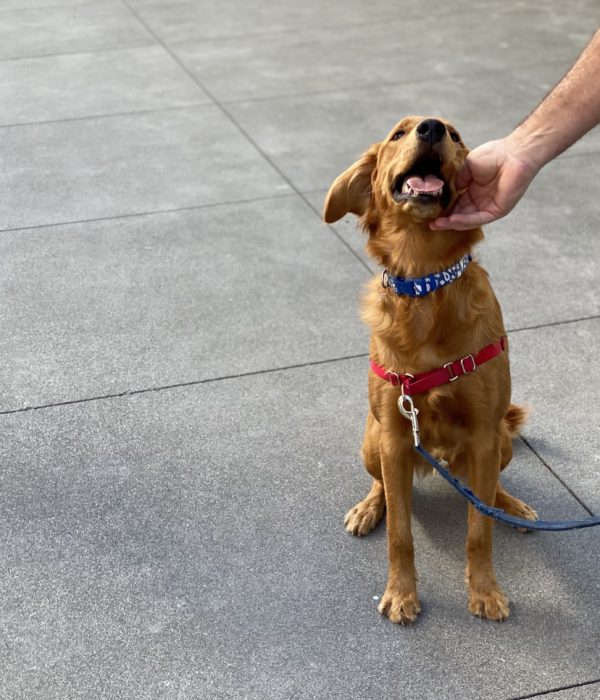 Of course he got a reward for being so patient.

I ran into Papi and his bestest friend ever in the ever-awesome Green Apple Books, on Leap Day, February 29th. They were SO CUTE together!

This has been a really surreal year for me so far. I was sick most of the time from the last week of December through mid-February, and now everybody ELSE is sick. I’ve been stuck at home for more time than I’ve been out and about. It’s… kind of dispiriting. 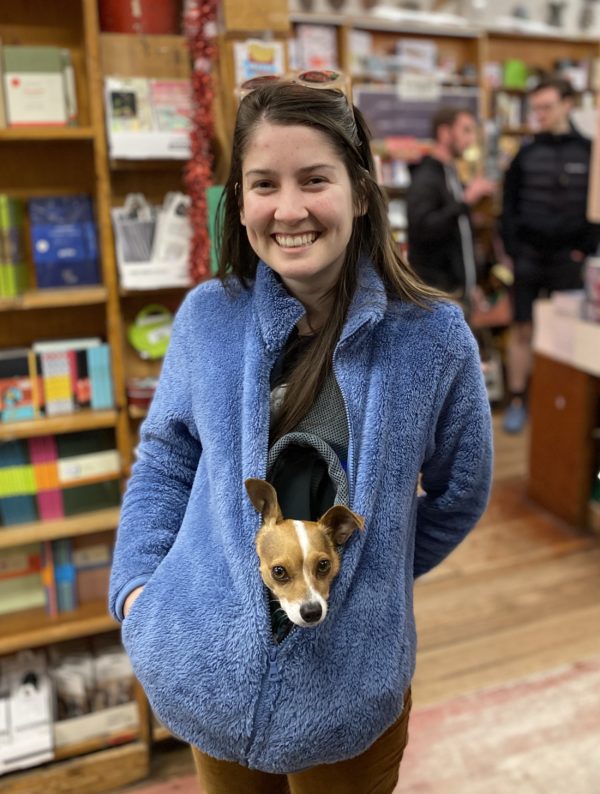 There’s actually a doggie bag under that sweatshirt. 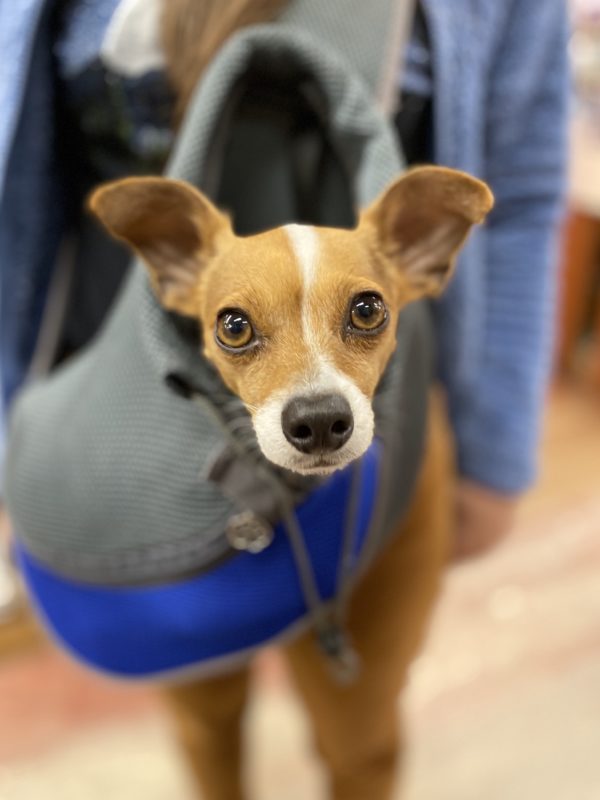 Papi is 4, but still somehow hasn’t managed to grow into his ears.

Dog of the Day: Tahoe the Australian Shepherd

Tahoe is 11! And he does not like the current state of affairs, oh no, he does not. 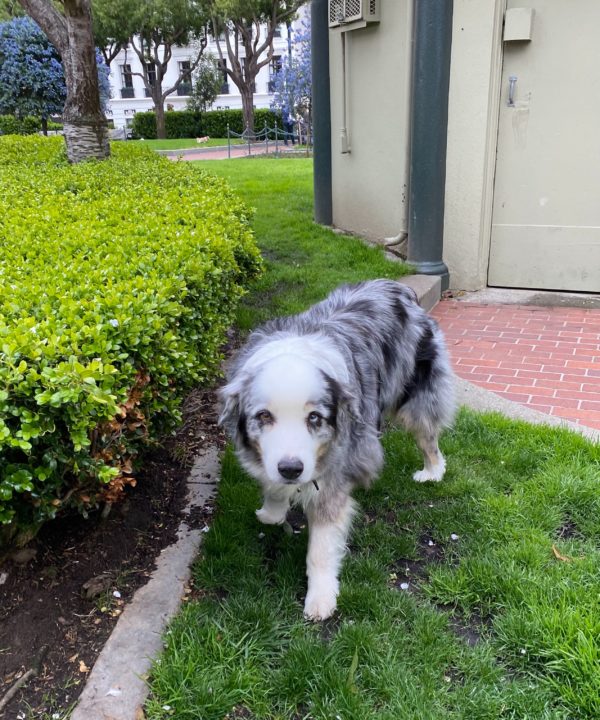 San Francisco is on lockdown, but we’re allowed to go out and take walks, as long as we stay away from other people. 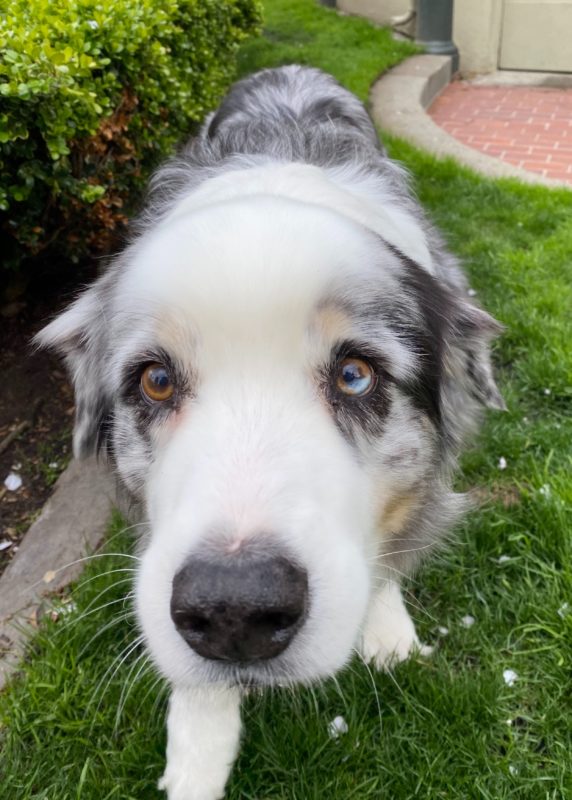 Fortunately, we don’t have to stay away from dogs. But we aren’t supposed to go around petting them either. IT’S TORTURE!

Autumn runs across a lot of cats on her dog-walks. Or at least she did, until all her business dried up because nobody’s leaving home these days. All her music business dried up at the same time. This is a pretty hard time to be in either of those businesses. 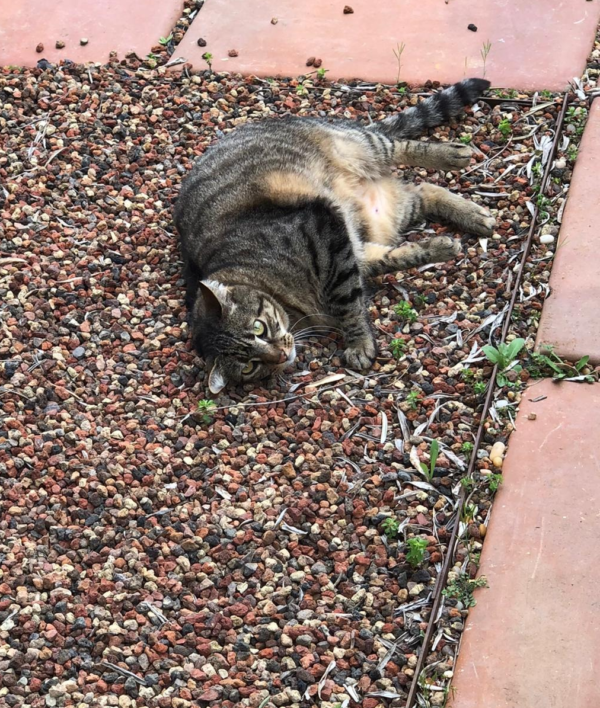 Somehow this is the coloration I think of whenever I think ‘cat’.

Dog of the Day: I’m Not Sure

I can’t quite place this pup. I think he’s a purebred, but I’m not sure. Any ideas? 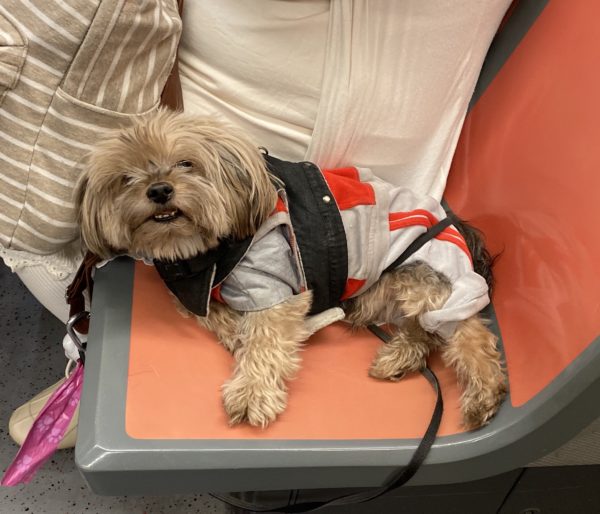 I don’t know what he is but he wandered up and down the aisle, nuzzling ankles, and then lept up onto the seat next to mom… 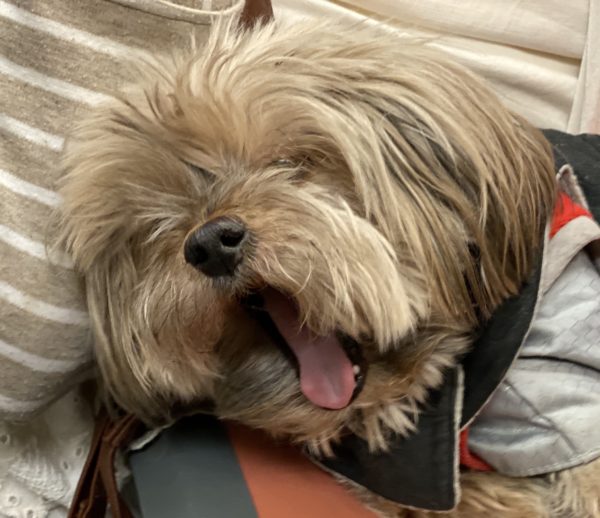 …and instantly dozed off.

Posted in Dog of the Day | Tagged MUNI | Leave a comment

Dog of the Day: Zhang the Pomeranian

Zhang is 2 and very… intense. 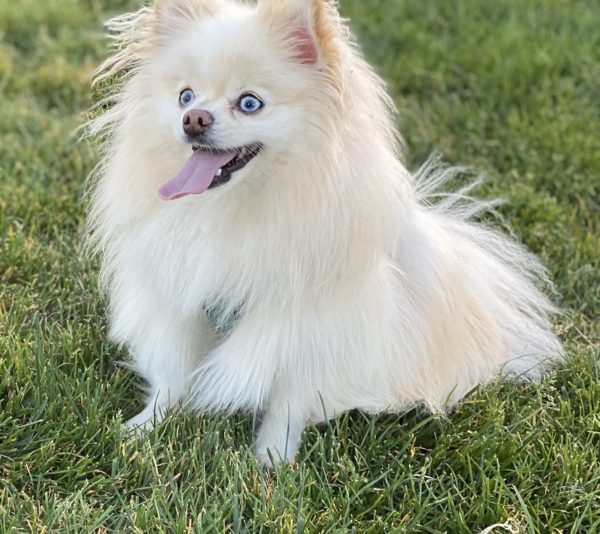 I wish I hadn’t cut his ears off on this one because the expression is just so priceless.