Dog of the Day: Greta the Golden Retriever/Toy Poodle Mix

Well, I would never have guessed, looking at her, that she was a toy poodle/golden. Maybe corgi/golden, dachshund/golden, or even basset/golden, but certainly not poodle. But I have to assume that the gentleman walking her knew what he was talking about, so poodle/golden it is.

And as a poodle/golden, that’s one damn smart dog. (In Stanley Coren’s The Intelligence of Dogs, which is at least a credible source, poodles are the second most intelligent, and goldens are fourth.) Given how much she seems to have inherited from her golden parent, I bet she’s a real sweetheart, too. 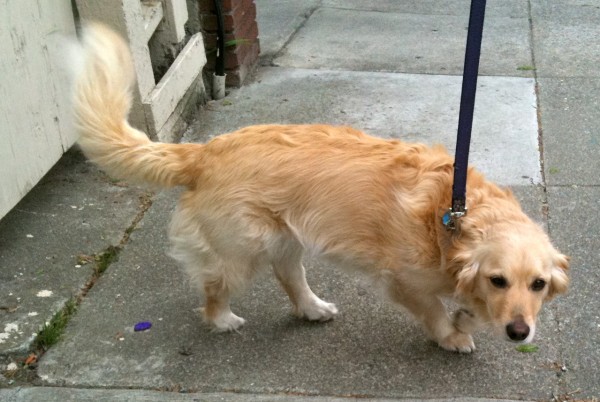 Never seen a dog like her before. She looks just like a slightly shrunken golden retriever with really short legs. 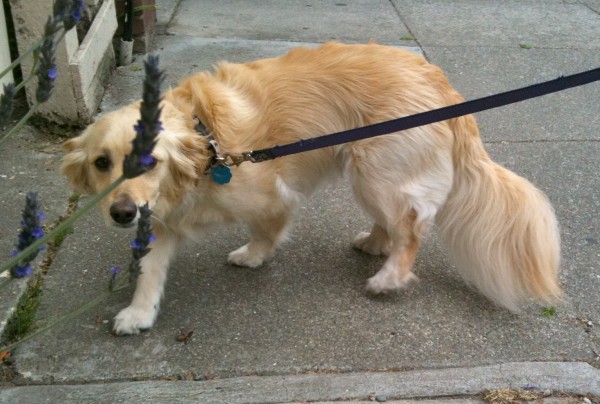 A little shy, maybe? She kinda looked like she was trying to hide behind the flowers. 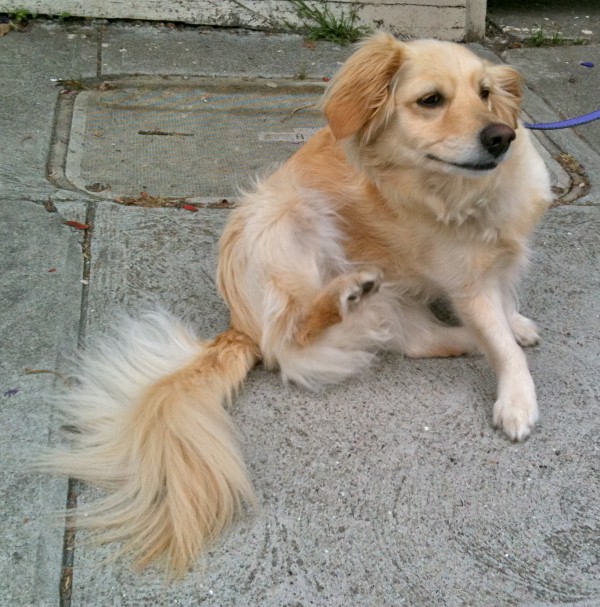 Of course, as soon as she got an itch, all shyness, as well as everything but the itch, was forgotten. Also: look at that tail-fluff. That is ridiculous.

This entry was posted in Dog of the Day and tagged Golden Retriever, Mixed Breed, Toy Poodle. Bookmark the permalink.

52 Responses to Dog of the Day: Greta the Golden Retriever/Toy Poodle Mix