Rocket is also known as ‘Rocket Dog’, but apparently is not related to Rocket Dog Rescue. She was 11 weeks old when I ran across her, and was stopping traffic she was so cute. Not that traffic is ever going very fast at that time of day (rush hour) in that area (near the Bay Bridge). But she had a noticeable impact. 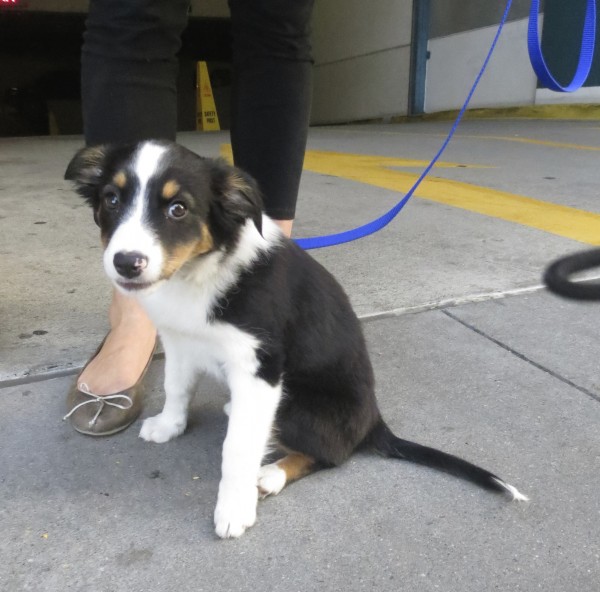 Someone is getting socialized well. Rocket’s not going to be one of those shy mini-Aussies. 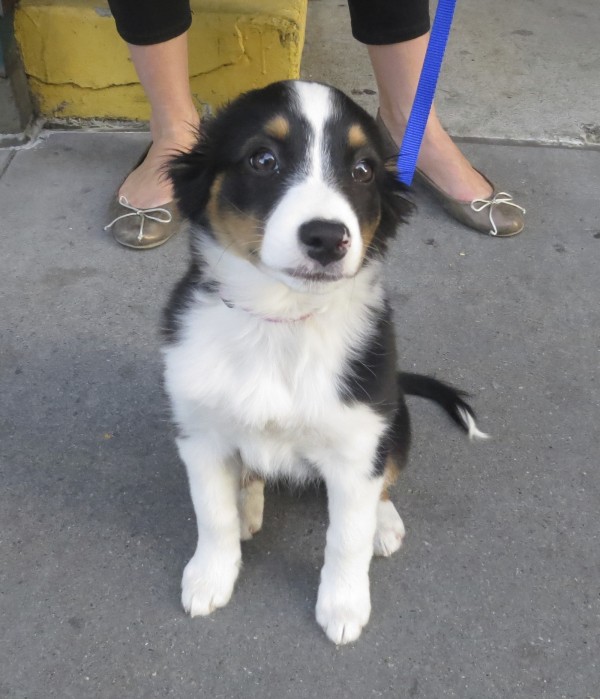 She still has convertible ears. Here seen in the ‘stowed’ position. 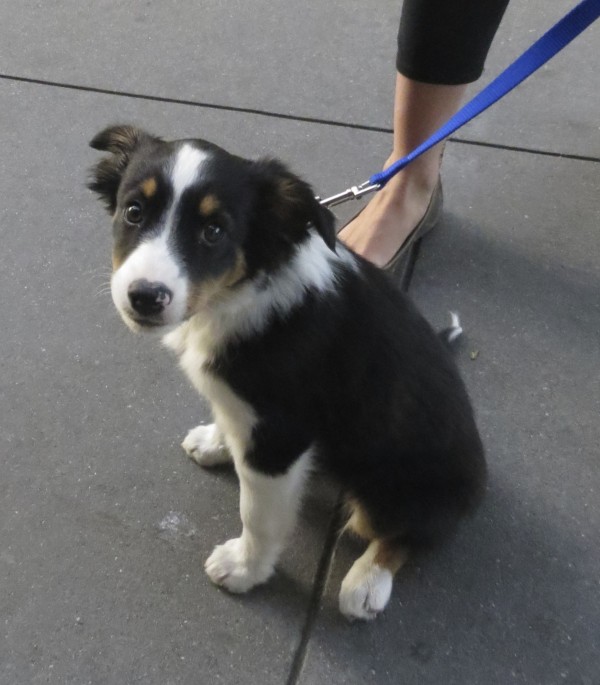 I saw her turn those puppydog eyes on three other people walking by while I was there. They worked on all four of us. 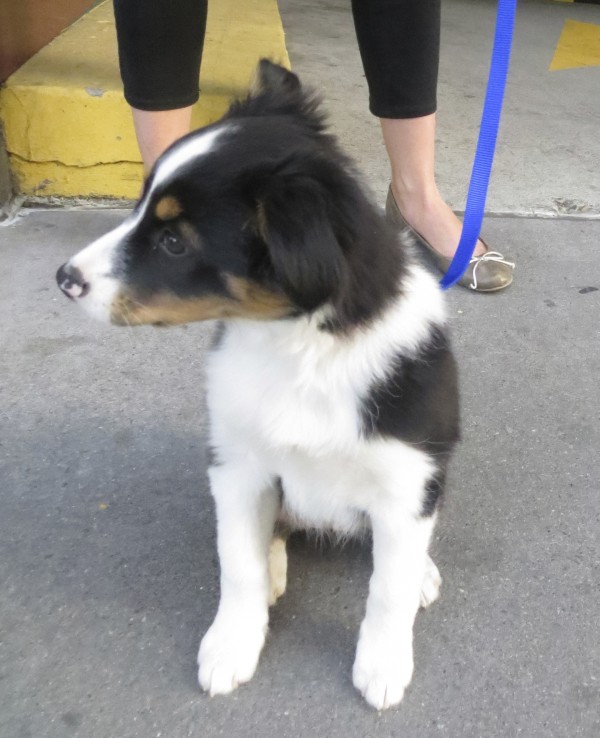 I’m kind of surprised how big she was at 11 weeks. I would have guessed she was a regular Aussie, not a miniature. 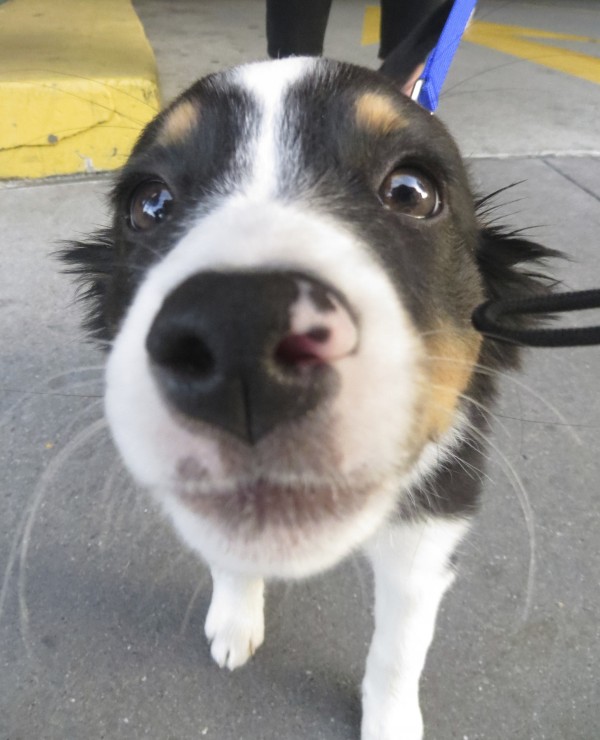 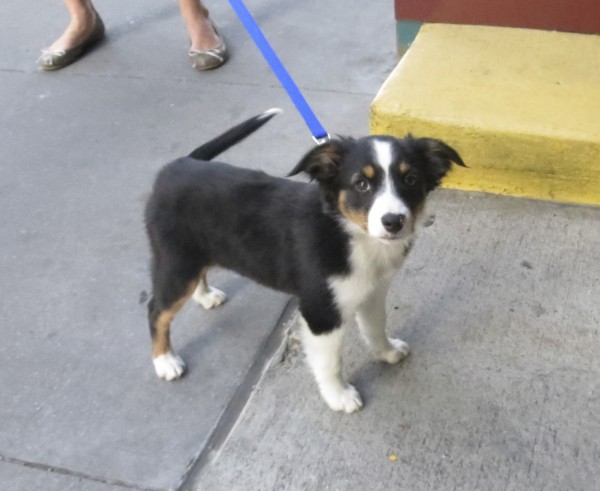 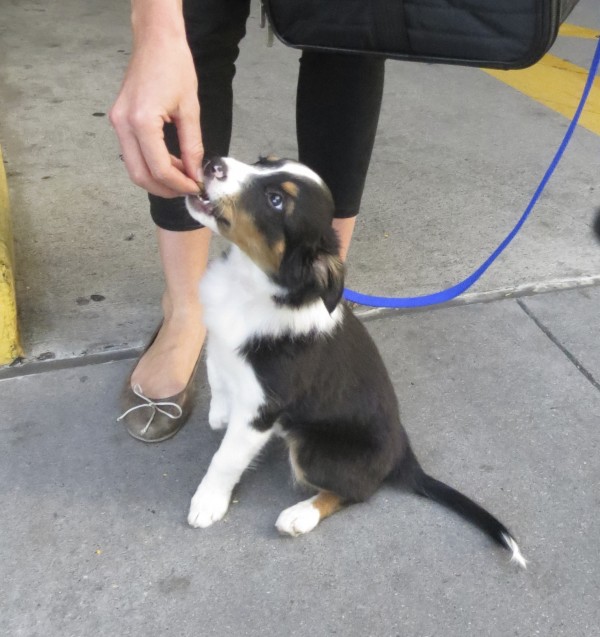 Mom had plenty of treats for this growing puppy.

This entry was posted in Dog of the Day and tagged Embarcadero, Miniature Australian Shepherd, Puppy, SOMA. Bookmark the permalink.