We could be wrong about the mix, but we do know why she’s named ‘Baylie’: she was born on New Year’s Eve, on the Bay Bridge. I am not entirely sure how that worked, but it’s an awesome story nonetheless. 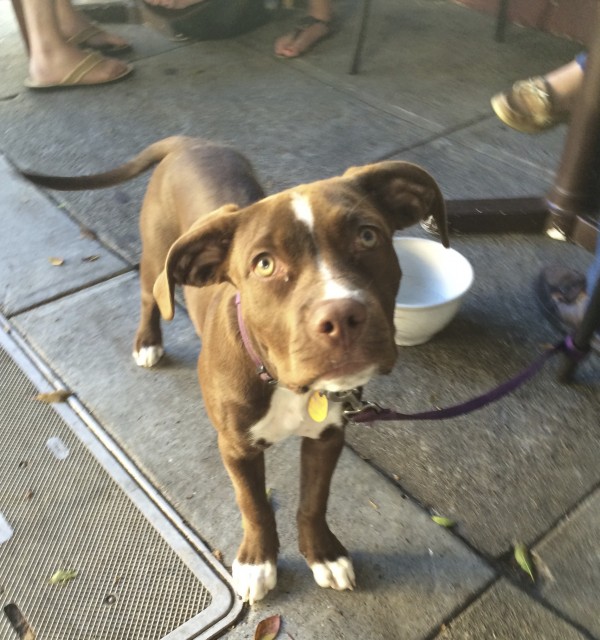 I think those ears may be the most hilarious I have ever seen on a dog. 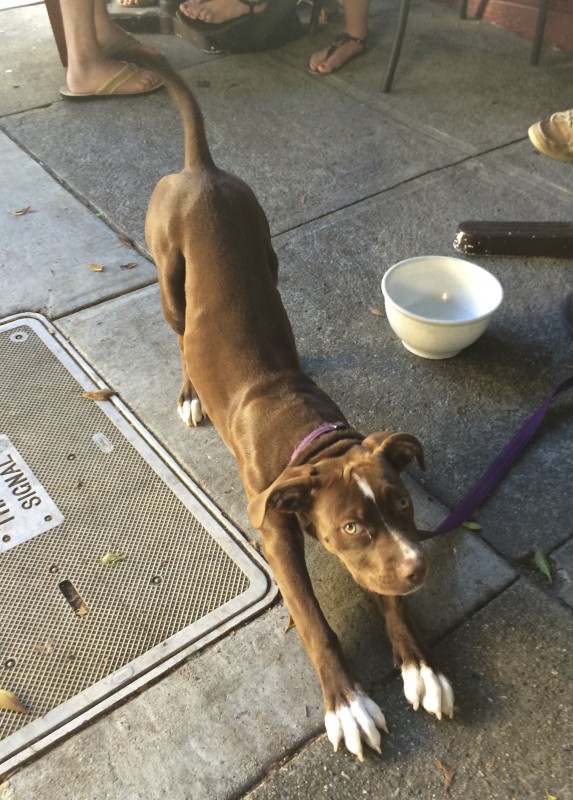 I love that pose. So many dogs can tell who would absolutely love to chase them around in circles if their parents weren’t standing by looking bemused. 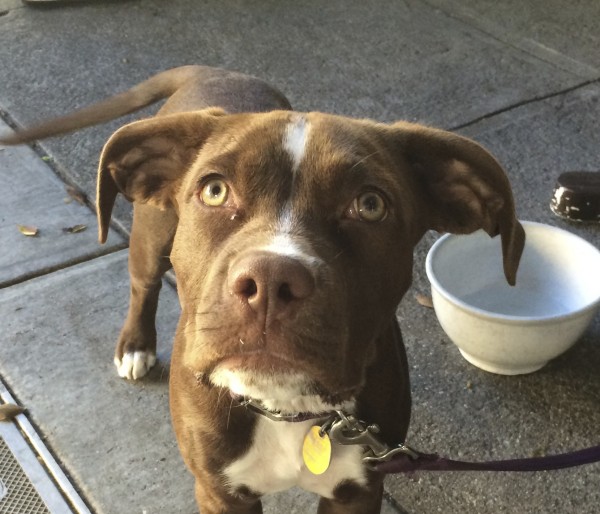 I dunno, maybe she’s a lab boxer or something like that. (God those ears.)