I dogsat last weekend, and it was for these two little monsters!

Actually, they were quite well-behaved, aside from trying VERY VERY hard to push me out of bed all night. And that wasn’t because they were mean, it was because they wanted to cuddle closer and closer and closer. But they were surprisingly methodical about it… one of them climbed under the covers and lay pressed against my knee, and one climbed under the covers and pressed up against the side of my chest. And then they just pushed, very gently, all night. 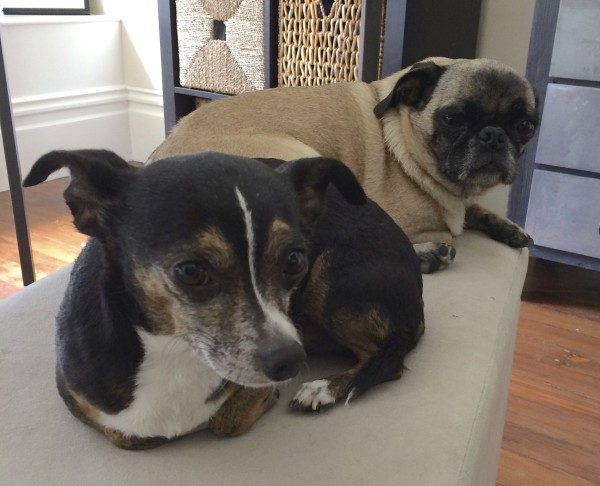 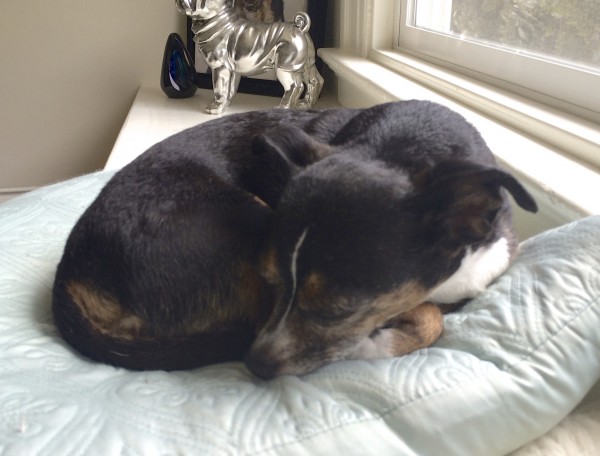 Baby likes spending a lot of time curled up like this. It’s quite adorable. 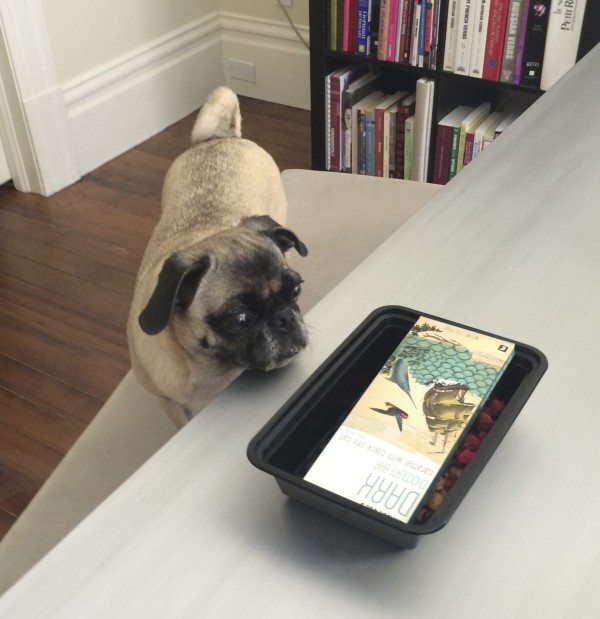 Henry was very interested. (Besides chocolate, there’s nuts and dried raspberries in there.) But he must be well-trained because he never even looked like he was going to try to get up onto the table. And obviously it wouldn’t have been hard. 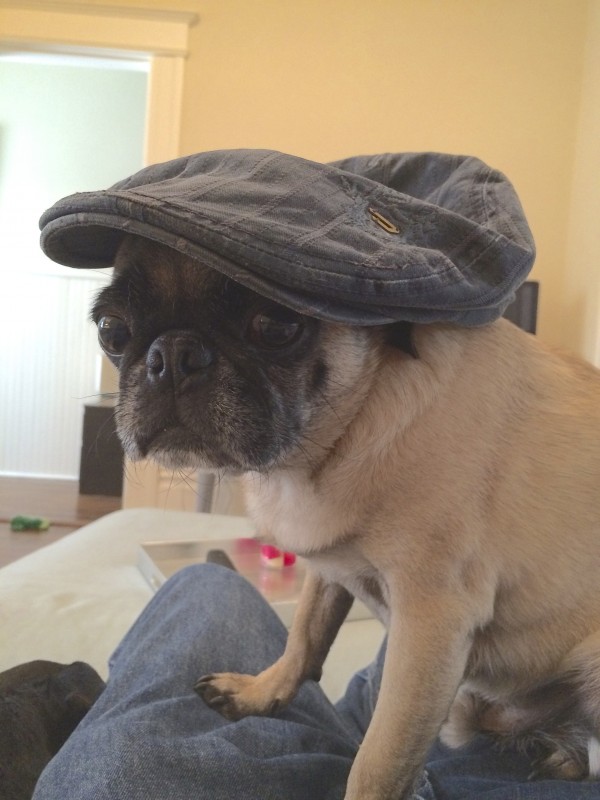 When I get a long time alone with a dog, probability approaches 100% that I will try to make them wear one of my hats. Henry didn’t even mind. 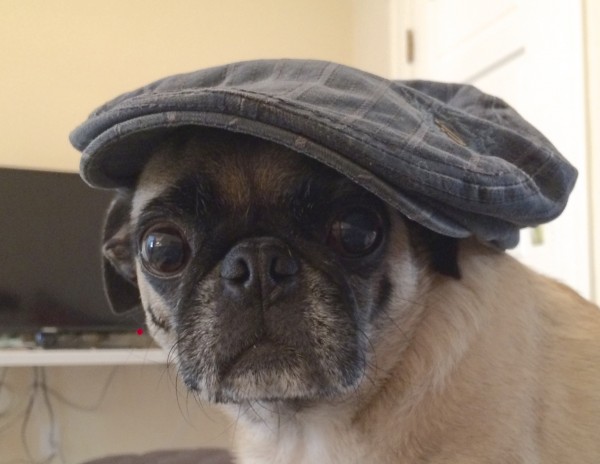 I think he looks pretty good in it, really.

This entry was posted in Dog of the Day and tagged Chihuahua, Mixed Breed, Near Home, Pug, Russian Hill. Bookmark the permalink.