Dog of the Day: Waldo the Wire-Haired Standard Dachshund

I see so few of these guys around that I almost forgot they existed: Waldo is a full-sized dachshund, which means that he is roughly twice as long and eight times as heavy as the typical miniature dachshund. Full-sized dachshunds are dogs to be reckoned with: there’s a lot of muscle in that frame, and those short legs have a lot of leverage working for them. 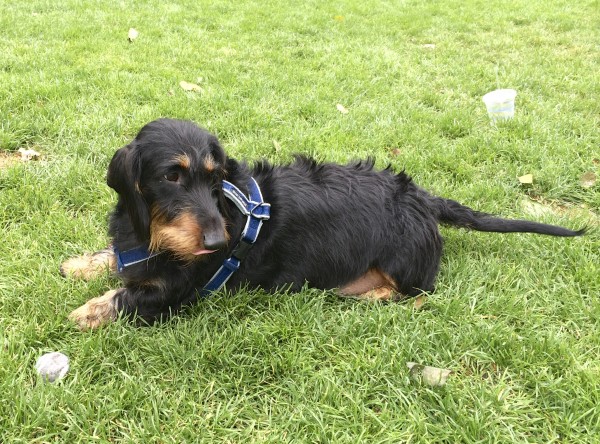 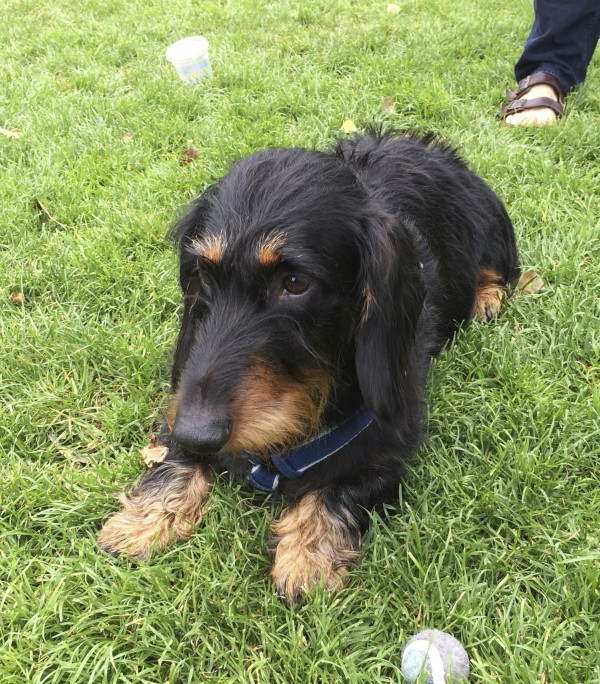 Nobody was going to take that ball away from him. Except dad.

This entry was posted in Dog of the Day and tagged North Beach, Scruffy Wiener, Standard Dachshund, Washington Square Park. Bookmark the permalink.