Dog of the Day: Unknown Mix

I really don’t know about this guy. He’s brindled like a pit bull or a mastiff, but doesn’t look anything like either of them. And, although it only shows partly in this picture, he’s almost like an inverse corgi: he’s got short-ish legs, but he’s nearly as wide as he is long! And it’s not that he’s fat (or, at least, not just that he’s fat)… he’s broad. If a pug is a barrel with legs, he’s a quarter-barrel with legs.

No more pictures on this one, I’m afraid. 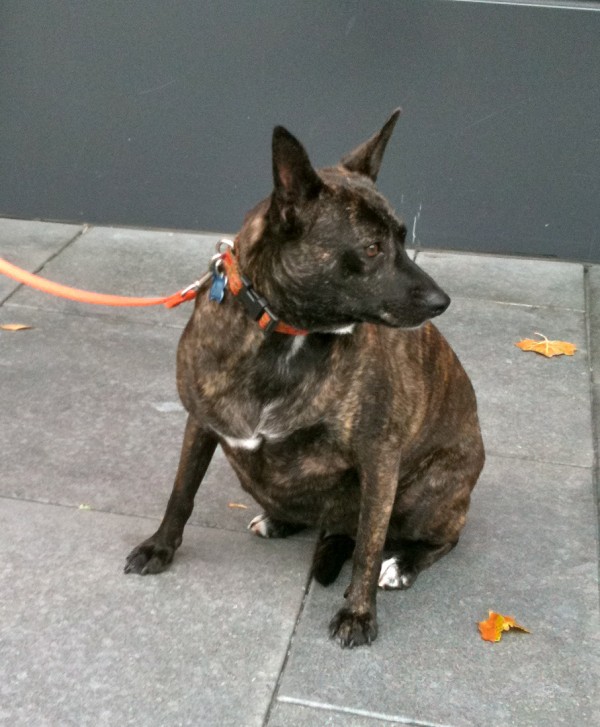 Ah well, there's a place in the world for funny-looking dogs. This guy made me smile for fifteen minutes after I saw him.

This entry was posted in Dog of the Day and tagged Unknown Mix. Bookmark the permalink.

1 Response to Dog of the Day: Unknown Mix