In the last week, I’ve run into four dogs who have been featured on DoSF. Not only that, they were all memorable enough dogs that I knew them right away. Given the sheer number of dogs in SF, and the relatively small number I’ve posted, and my totally awful memory, this is pretty unusual for me, so I’ve decided to celebrate by posting new pictures of two of the encore pooches. (The other two, sadly, I literally met in the middle of the street, while crossing in the opposite direction, hurrying to work. I took the time to tell the woman walking them that I had posted them, but I didn’t have time to take any more pictures. Aw, well, they got a pretty good number the first time.)

The first encore pooch for today is Wallace the Chihuahua mix: 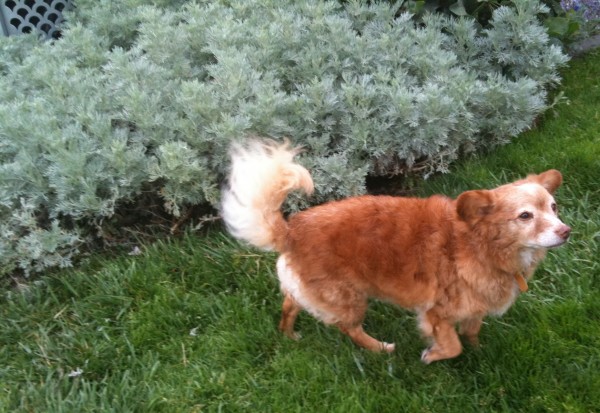 Look at that tail, and the coloration. Maybe he's half Aussie? 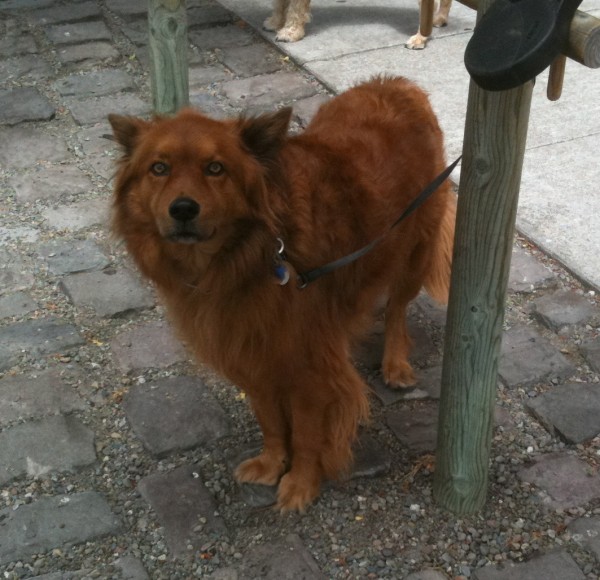 I've looked at a lot of dogs in the last nine months or so... I still have never seen a stare quite like this guy's.

Welcome back to DoSF, pups.

This entry was posted in Dog of the Day and tagged Chihuahua, Collie, Golden Retriever, Mixed Breed. Bookmark the permalink.