Dog of the Day: Help Name This Puppy!

The gentleman and the pup below were sitting outside one of our local drinking establishments. And everyone who went by was stopping to pet the puppy, so naturally we had to too. But when we asked about the pup, we got a surprise: most people are happy to tell us the dog’s name, but may or may not know the breed. This guy knew the breed (part German shorthaired pointer, part Labrador retriever), but the puppy was so newly adopted that the family hadn’t yet decided on a name!

Well, I’m putting the word out to all my readers… all, what, five of you? 🙂 Suggest names for this pup in the comments section. The pup’s dad is going to come look at ideas, although no promises whether he’ll use any of them. Guess you’ll just have to come up with something so awe-inspiringly (aww-inspiringly?) appropriate that he’ll have to use it, right? [Edit: the pup is a girl, and my memory is just as weak as ever.]

Three more pictures, and of course the comments section, after the break. 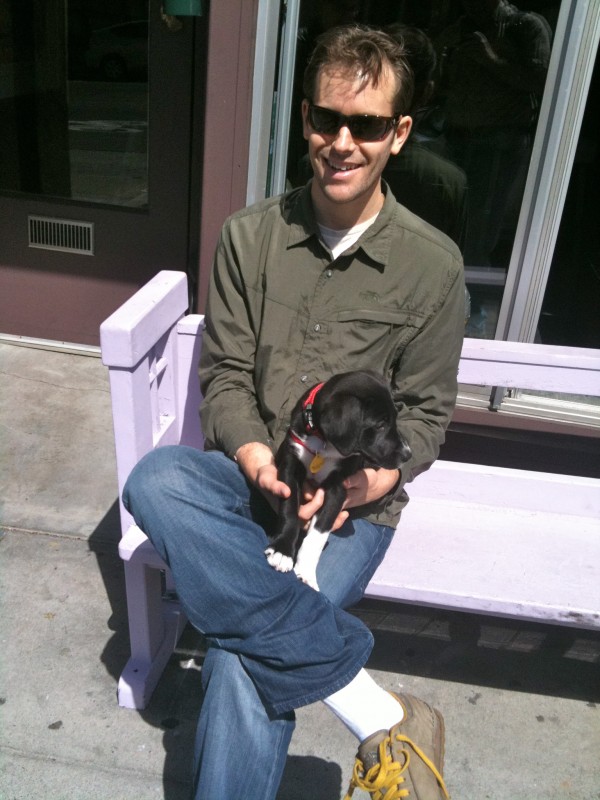 If I had a puppy, this is what I'd do. Sit out in the sun and let people fawn over her when they walked by. 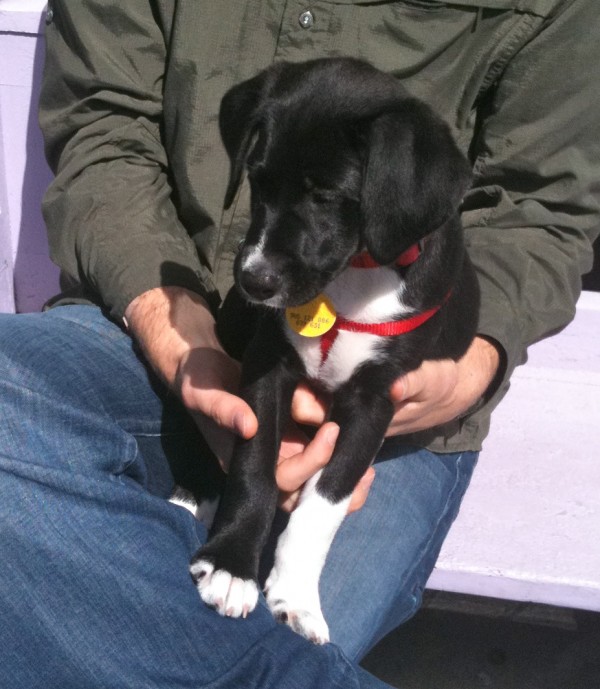 Is it just me, or do the chest markings look a little like a pair of men's white briefs? (No, I don't think naming your dog 'undie' or 'brief' is acceptable. Both 'tightie' and 'whitey' are right out, too, for two different reasons.) 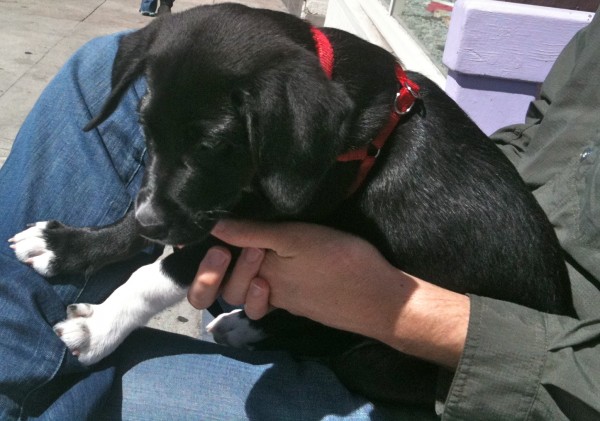 It's hard to make out his features, since he is so dark and the day was so sunny. Sorry about that. 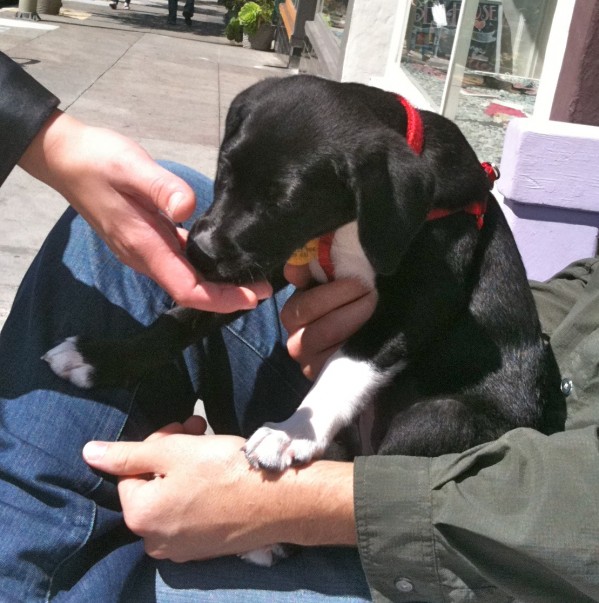 Puppy smooches for Autumn. She also got a smooch on the nose. "I'll never wash this nose again!"

This entry was posted in Dog of the Day and tagged German Shorthaired Pointer, Labrador Retriever, Mixed Breed. Bookmark the permalink.

13 Responses to Dog of the Day: Help Name This Puppy!