I catsat these two recently for an ex-coworker of mine. They were actually both quite pleasant to me, except for one thing: part of the job was ‘cram a pill down each of their throats every morning’. Shockingly, that went great the first day, even though I’d never done it before. Not only wasn’t it traumatic for me, it apparently wasn’t for the cats either, since Moose treated me the same friendly way after as he had before, and Mimi actually warmed up to me after I ‘pilled’ her. But the second day didn’t go quite so well. Fortunately all of my war wounds healed without infection. 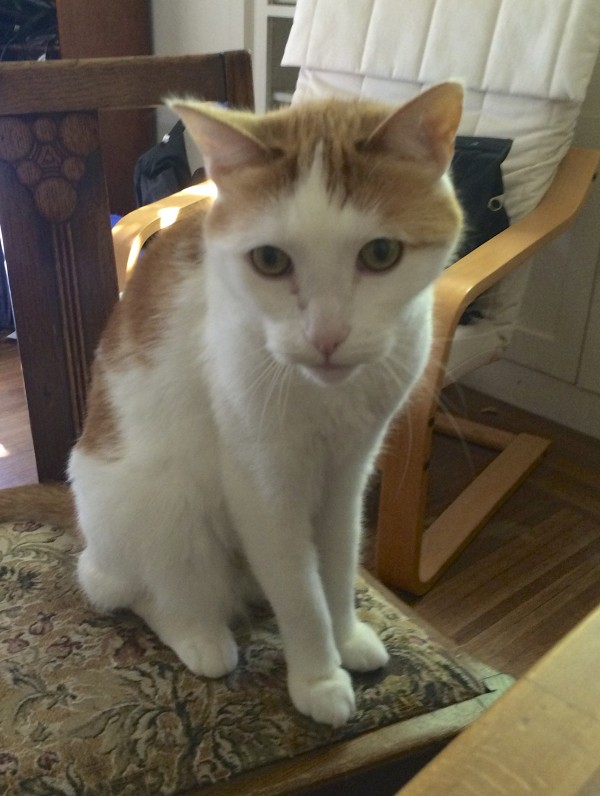 Moose is large. He’s roughly the size a Maine coon would be if you gave one a crew cut. 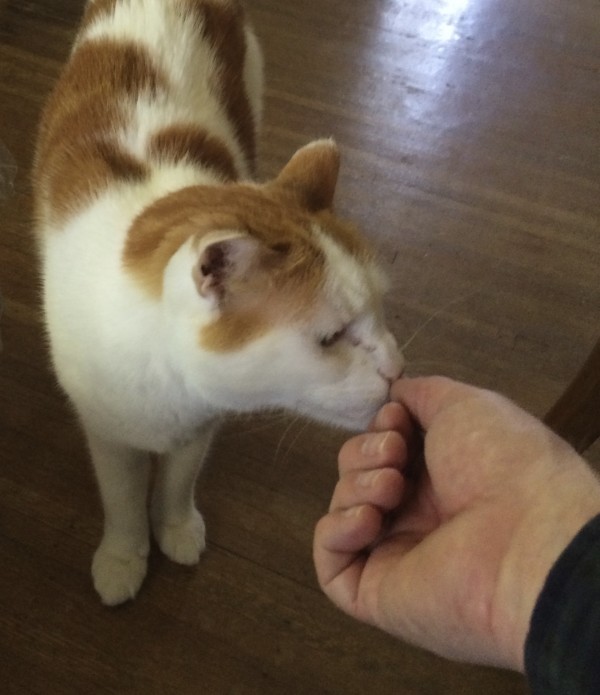 Moose is a super-friendly beastie, though. 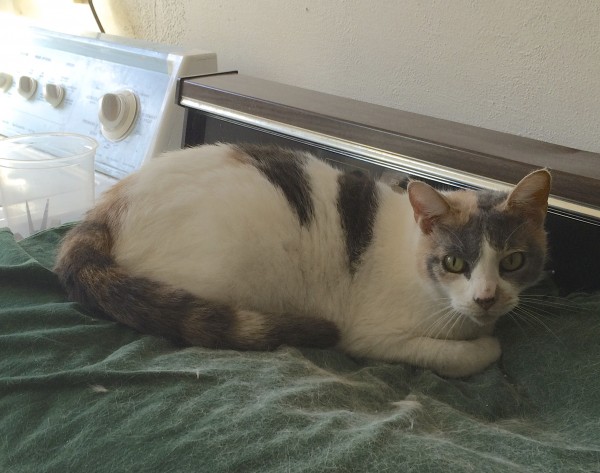 She doesn’t look like it, but thirty seconds before this shot was taken she was butting her head against my hand and demanding to be petted. 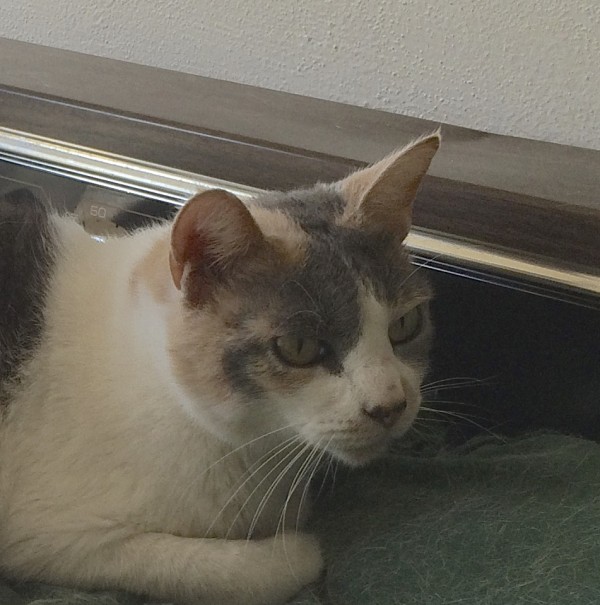 She kind of looks like she’s plotting something, though, doesn’t she?

This entry was posted in Caturday Supplement and tagged Alameda, Cat. Bookmark the permalink.