Anyway, Autumn and I were hiking last weekend and saw a little knot of people staring at something in a bush. As we got closer, we discovered that it was an Anna’s hummingbird, maybe five feet away from the closest person, just sitting there. I didn’t get quite that close, but with a 20x zoom lens (camera’s still working if I bang on it just right) who needs to?

(Unfortunately, I didn’t have time to go to McKinley DogFest, which was yesterday, because my brother was in town and I had to clean the apartment. As it was, I spent seven hours on it, and it’s still not done… although at this point the mess is confined to bedrooms, at least. Sorry, McKinley! Maybe next year.) 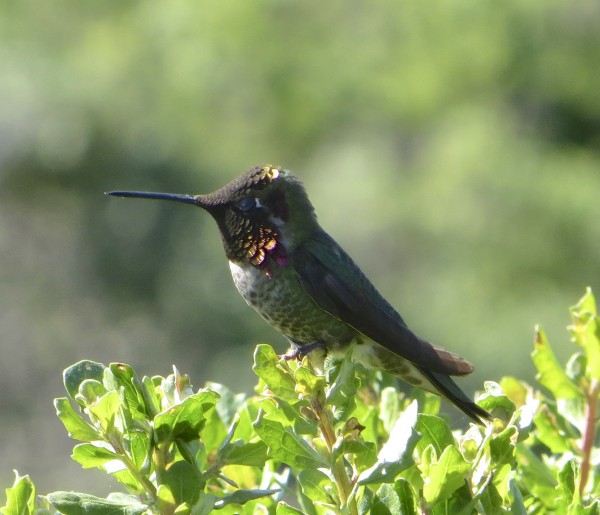 The feathers are so amazing. He turns his head three degrees to the left, and they’re totally different. 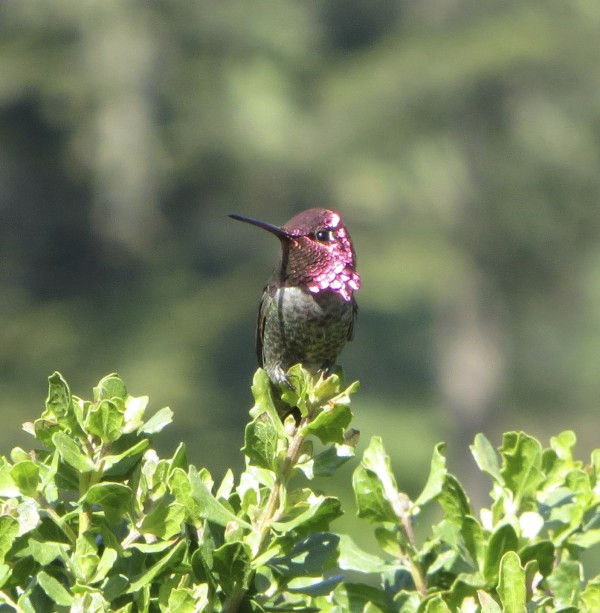 He was quite an aggressive little guy… chattering and bobbing at the first couple of people that got there. He thought better of it when he was surrounded by FIVE beasties that outweighed him by a factor of 20,000. Two wasn’t a problem though. 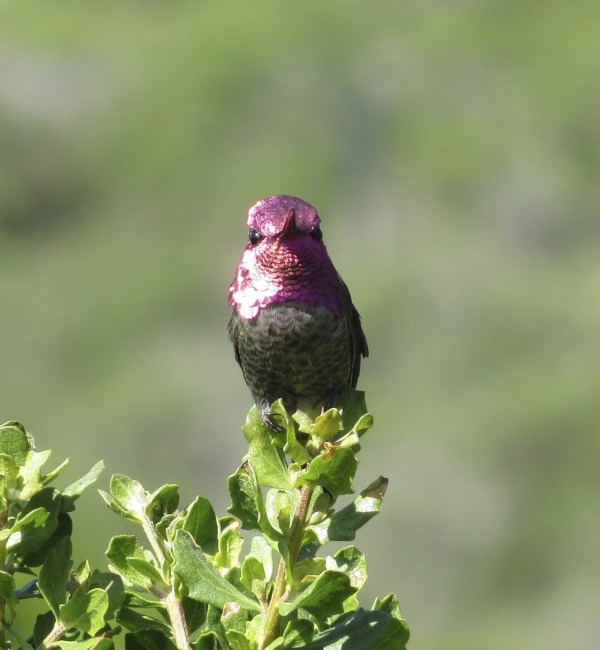 I’m inclined to cut him some slack. It must be exhausting, eating your weight in nectar every day.