Dog of the Day: Wary Doberman

I saw this guy tied up outside a dollar store in the not-quite-the-best-part-of-Alameda area. I got within maybe ten feet of him, and he didn’t growl or move or anything, but I watched him for a while and I thought, hmm, maybe not the best one to approach. I don’t really know why… he didn’t have his ears back, he didn’t have his tail-stump tucked down. He was definitely looking right at me, but lots of dogs do that. But still, something told me not to get too close. So I snapped a few pictures and went inside.

A guy passed me on the way out, and I hear from outside, “Oh, wow, what a AH! NO! HEY! STOP!” I poked my head back out but the drama was all over, and I didn’t think the guy in question would appreciate me snapping pictures of him. Still, it serves as an object lesson to me… if you have a gut feeling that says you might not want to get near a dog, and it isn’t just because you’re biased against the breed (I adore Dobermans!) it might be a good idea to listen to it. 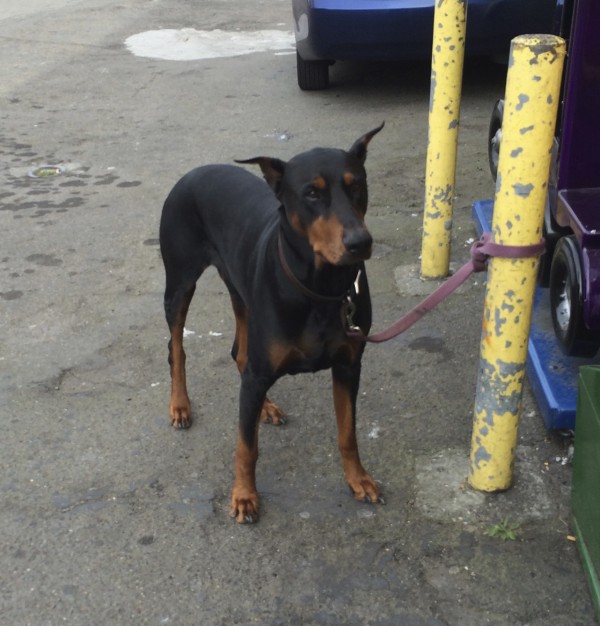 It looks like a dubious expression, but that may be hindsight talking.

This entry was posted in Dog of the Day and tagged Alameda, Doberman Pinscher. Bookmark the permalink.