I saw this gorgeous kitty as I was walking by… I probably wouldn’t have noticed except there were three people gathered around below the window (which is around six feet up!) looking at him. I had to hold my camera above my head in order to get any shots of his face that weren’t entirely obscured by reflections… and even still, as you can see, there were still rather impressive ones in the pictures.

The reflections and the angle, though, made me not notice the name tags until I looked at my pictures later. So awesome… I love that the two cats each have their own corners of the window. Clearly ‘Marm’ is the right name for this one, since he’s a marmalade tabby. I’ll have to keep my eyes out for PK (named for the film? the economist? or perhaps ‘Pretty Kitty’?) when I walk by this spot in the future. 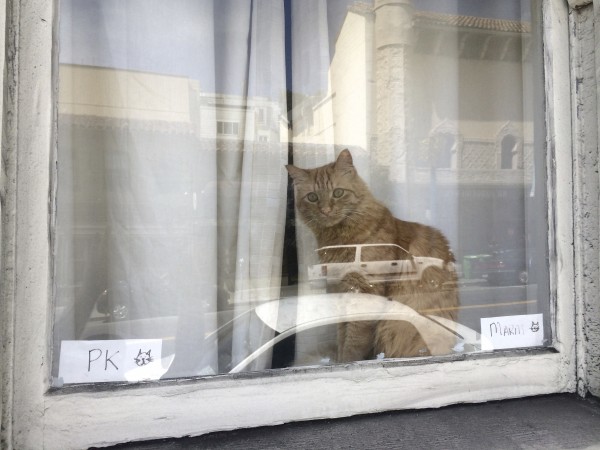 Can you spot my head? There is a tiny bit of it reflected in the window. Hint: look for the arms, holding the camera above it. 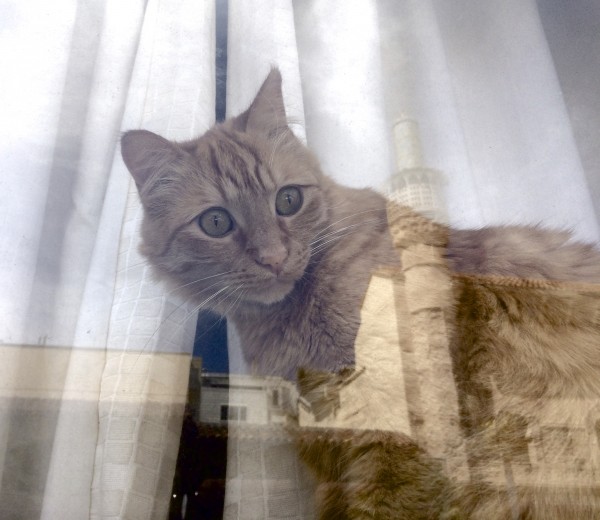 The funky building in the reflection is a former movie theater, now fitness place. It has some pretty strange thingies up on top of it. 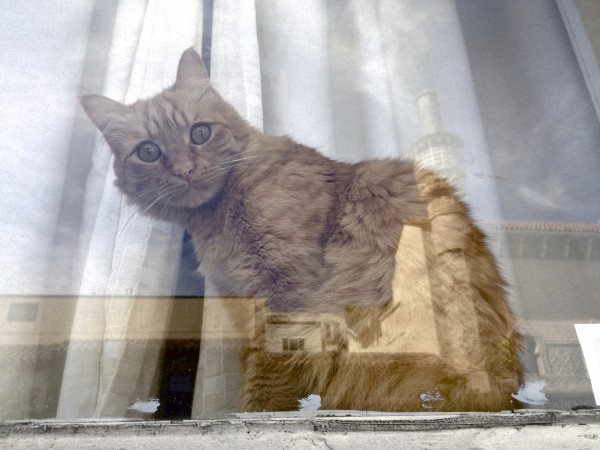 He mostly ignored me, but when I moved around a bit he watched me, and he deigned to bat a bit at my finger when I teased him with it through the window.