Dog of the Day: Cocoa the Lab Mix Puppy

Apparently Cocoa’s official name includes ’85 Percent’, which makes him my kind of dog. He’s a maybe-full-lab, maybe-mix puppy, 5 months old, and did not seem the least bit bothered by his cone of shame, donned because of a little eye infection that should be about cleared up by now.

Cocoa did not let the cone keep him from going after anything edible (and most things non-) on the ground nearby. 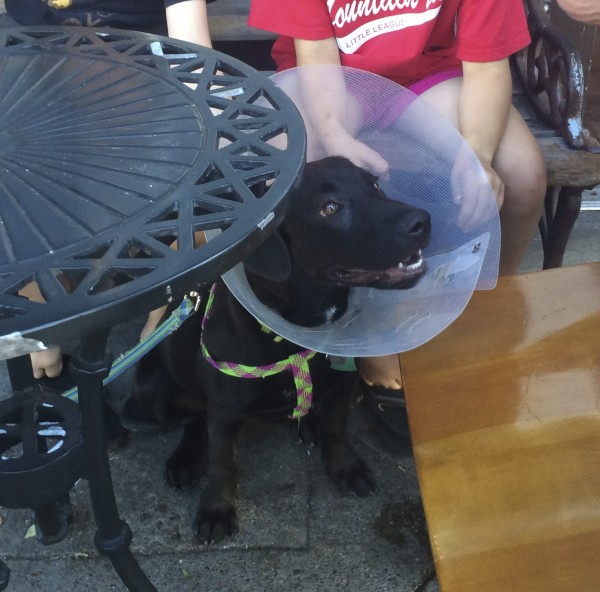 I sat near Cocoa for, what, an hour or so? In that time, the only times he didn’t look this happy were when he looked happier.

This entry was posted in Dog of the Day and tagged Labrador Retriever, Marina, Mixed Breed, Puppy. Bookmark the permalink.