Dog of the Day: Mishka the Alaskan Malamute

First off, I’m sorry for the inconsistent quality of these pictures, but I just had to post him anyway, since he’s such an awesome dog. He’s very similar to one of the malamutes I posted around seven months ago (here), and could even be the same dog, though I don’t think so. (I think the markings look a little different, though it’s pretty hard to tell.)

The name is great too. Mishka is Russian for ‘mouse’, and although it means other things in other languages (and even, I believe, has a synonym or two in Russian, although I don’t remember my college Russian classes well enough to remember what they were) I choose to believe that this giant poofly dog is named ‘mouse’.

Finally, I have to say that this dog is very well trained, especially for a malamute: malamutes are very bright, but they’re too independent to be easy to train. Unfortunately, due to poor lighting, none of the pictures I tried to take of him doing tricks came out. Dammit, I AM going to get a better camera for low light: if anyone can recommend a decent small point-and-shoot for low-light, perhaps one of the ones with the somewhat larger sensor, please let me know in the comments.

So, all that said, there’ll be a couple more pictures after the break. 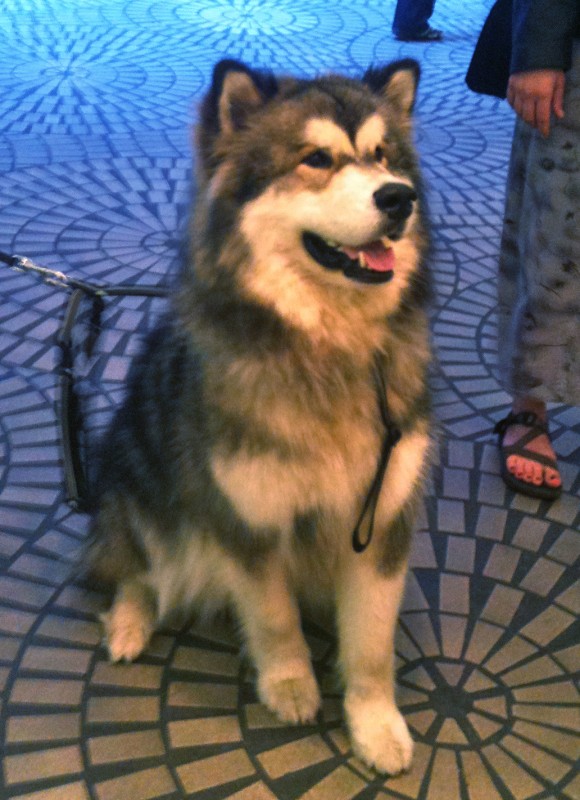 The blue background is a result of my attempted color correction. It's still not quite right... the pup has a little more brown in him. 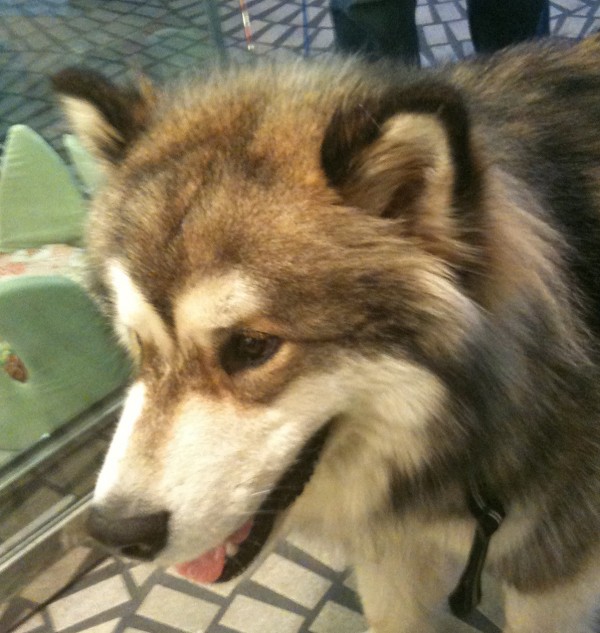 You just want to bury your face in that fur. 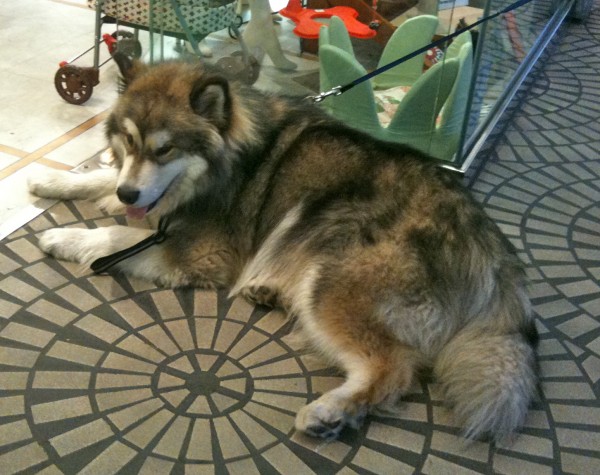 If I had a dog like this, I would seriously consider moving somewhere where there's snow, just so I could play with him in it.

This entry was posted in Dog of the Day and tagged Alaskan Malamute. Bookmark the permalink.