Dog of the Day: Frannie the Shar-Pei/Golden Retriever Mix

Frannie’s a little goofy-looking, but she’s a real character. I especially love her expression in the third picture. I ran into her outside a cafe not far from my house — one with outdoor seating — where she was watching everyone’s food with rapt attention.

Four more pictures, after the break. 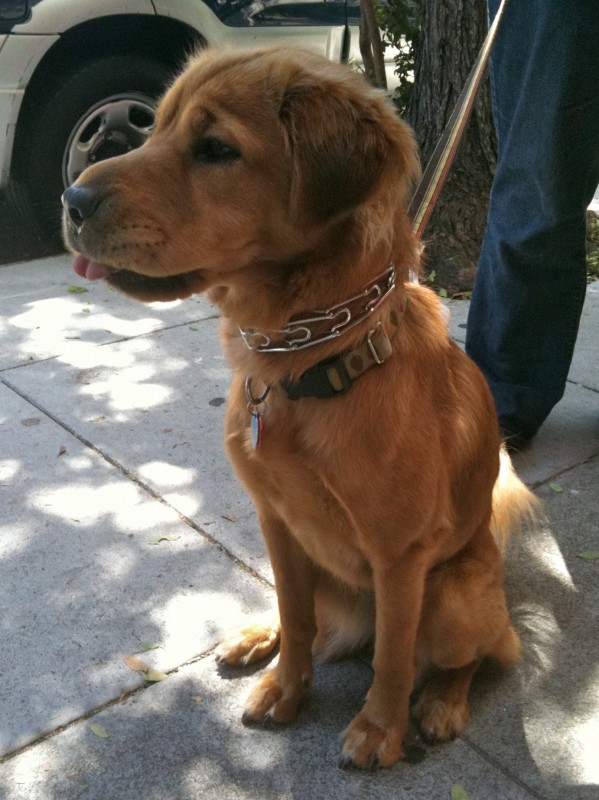 Yes, her head does look a little bit too big for her body. 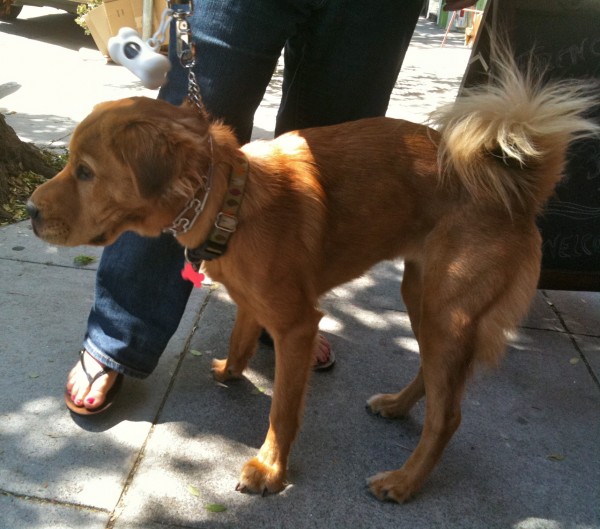 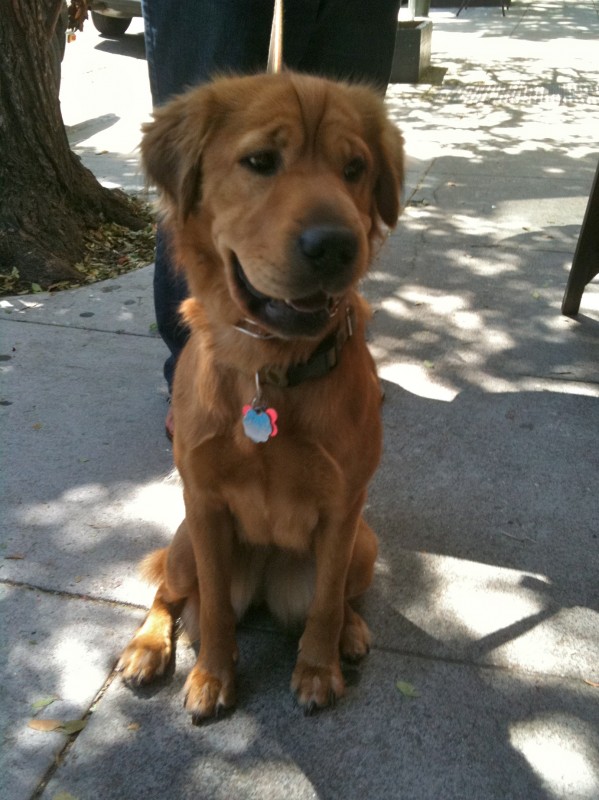 She has an amazingly expressive face. I don't think I've ever seen an expression this dubious on a dog's face before. 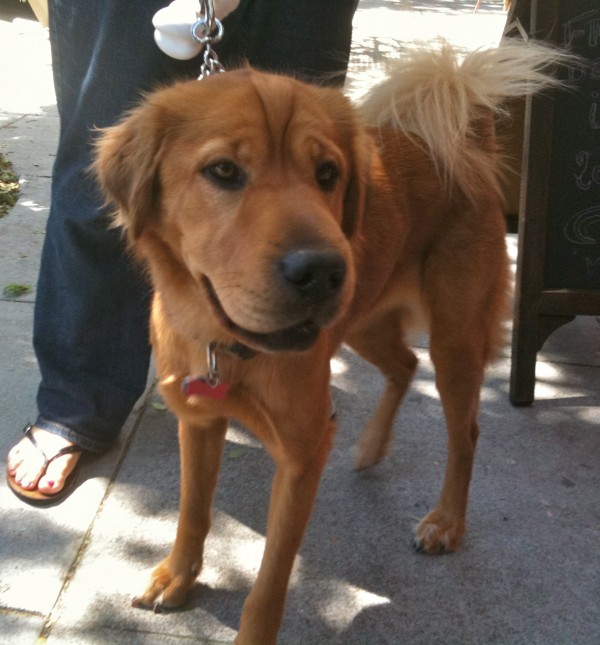 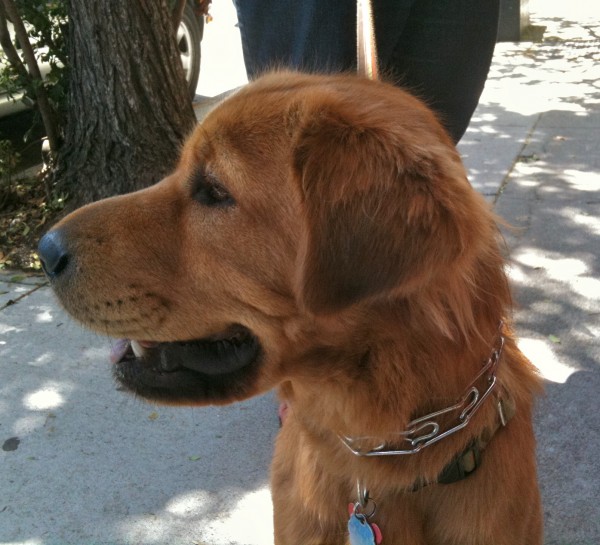 The ears were also nifty. Just like shar-pei ears, except five times as big. Or just like golden retriever ears, but three times as thick.

This entry was posted in Dog of the Day and tagged Golden Retriever, Mixed Breed, Shar-Pei. Bookmark the permalink.

14 Responses to Dog of the Day: Frannie the Shar-Pei/Golden Retriever Mix