Finn (4 months old) was not sure about me. Well, no, I like: he was absolutely sure he did not want to be anywhere near me.

I get along with a surprising number of dogs, including quite a few that aren’t always the friendliest with other people. But sometimes you just have to admit defeat. 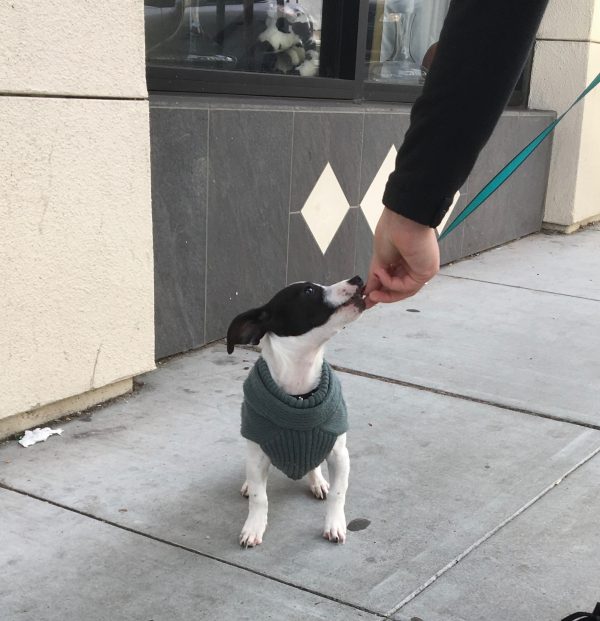 He was willing to hold still under two conditions. One, when he was being fed… 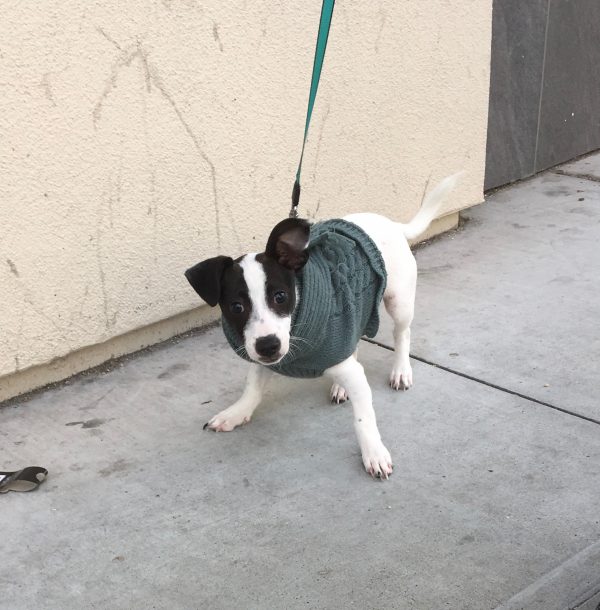 …and two when he was as far away from me as canine-ly possible.