I found a very silly puppy named Tilly (10 months) when I was in Arizona. She was looking a little bored while sitting outside at a cafe, so I was forced to go play with her before we went inside to order. And after we ordered but before we got our food. And after we ate and were leaving.

Tilly was fully capable of making her own fun. 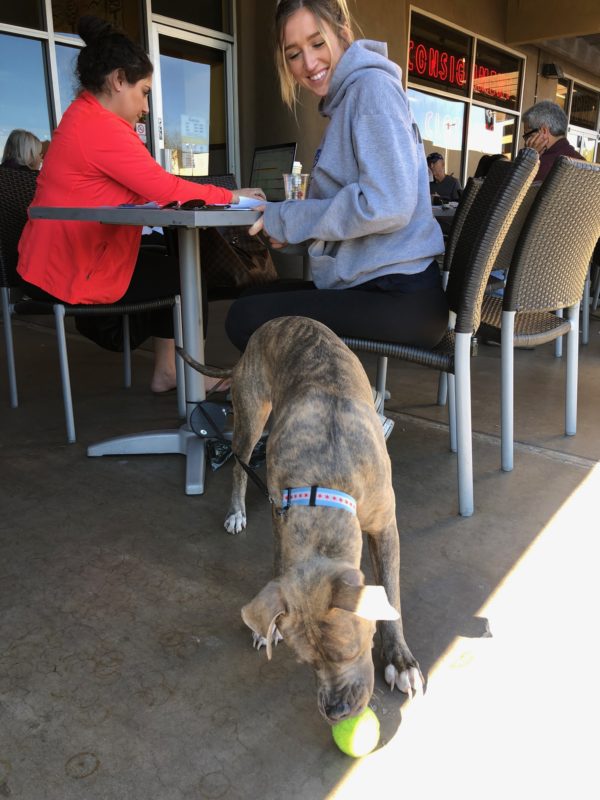 However, she absolutely loves to play fetch. 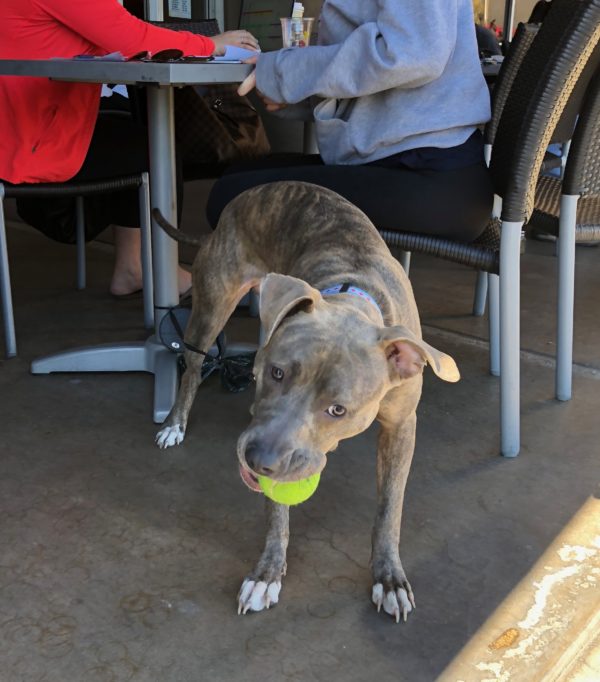 However, she had her own very special version: she threw the ball, and I fetched it. 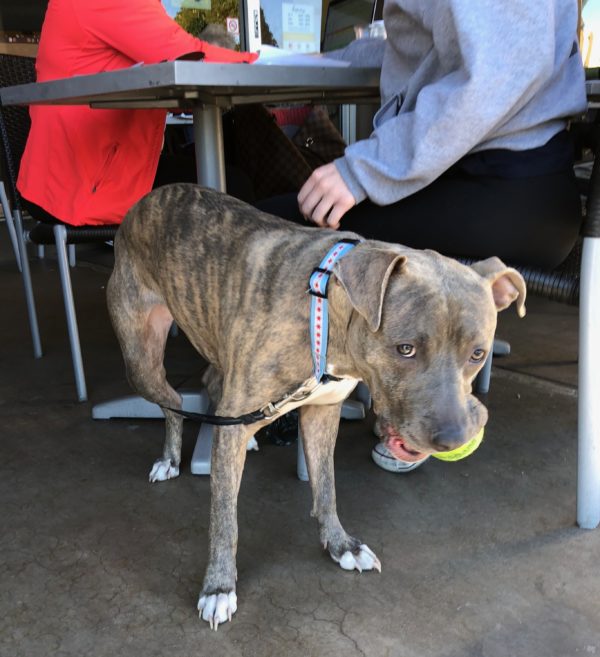 I didn’t mind. It was too cute.

This entry was posted in Dog of the Day and tagged American Pit Bull Terrier, Arizona. Bookmark the permalink.