I admit, I’m not 100% certain about the breed here: could also be a Pekingese with unusual coloration, or a mix. The ears don’t look quite right, although that could just be because they’ve been ruthlessly trimmed. But I’m going to assume that she’s a Japanese chin, because that makes her my first Japanese chin ever! 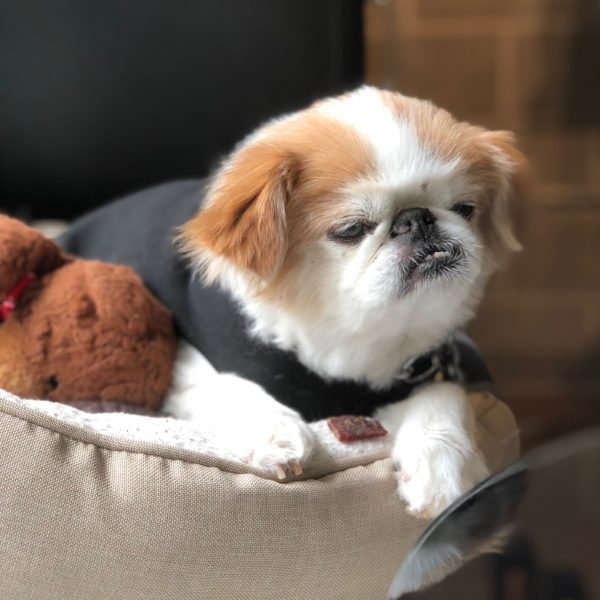 I’ve seen her a number of times, chilling in the window of Salon Village, but I don’t think I ever managed a good picture before.

This entry was posted in Dog of the Day and tagged Japanese Chin, Near Home, Russian Hill. Bookmark the permalink.