Dog of the Day: Oliver the Golden Retriever Mix

Oliver is 1 and gigantohuge and very red. I don’t know if he’s an Irish setter mix or a golden mix, though I’d guess the latter. He might be mixed with Great Dane, or heck he could just be a straight, if large and rangy, golden. Whatever he is, he’s a kisser. SLURP! 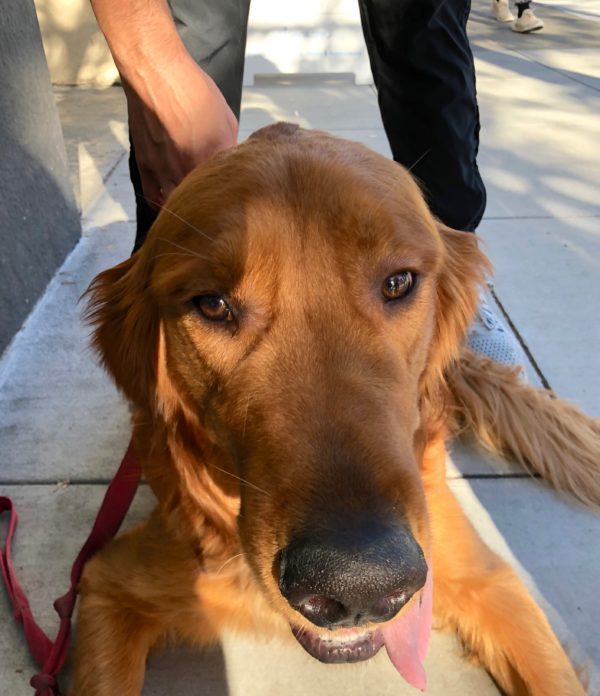 You can even see the little pebbly bumpy bits on the dognose! (Also, yes, that is a nice blue spot right in the middle of Oliver’s tongue.)

This entry was posted in Dog of the Day and tagged Chestnut Street, Golden Retriever, Marina, Mixed Breed. Bookmark the permalink.