These two were sharing the same car, although one was locked in the back and the other was attached to the front seat. Perhaps they got in too much trouble if they were left alone together? I like to imagine that last time they were both left in the front of the car, they drove it over to the House of Prime Rib and stood around outside the back door begging for steaks. 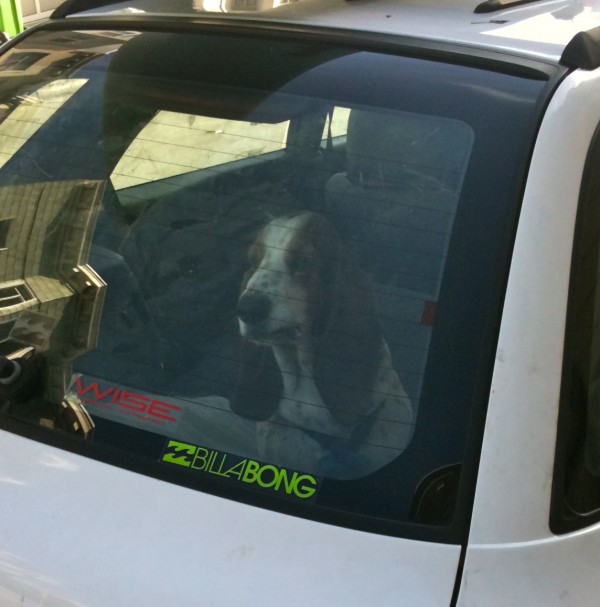 Even with the reflection, I think that may be the most profoundly world-weary look I've ever seen on a dog's face. 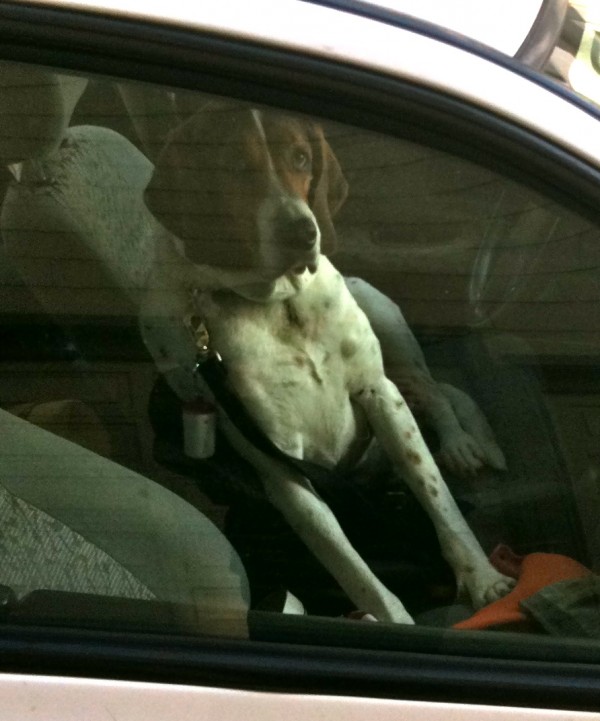 And that's a pretty plaintive look... it says 'Help me, I've been in here for a week! At least!' I'm sure he turns it on the second his human leaves him alone.

This entry was posted in Dog of the Day and tagged Basset Hound, Foxhound. Bookmark the permalink.