Some more shots of the super-cute denizens of Lake Creek Park. These were mostly experiments with my new camera, attempts to pan the camera with the moving dog, so as to get the dog in focus and the ground motion-blurred out.

On the down side, it appears that this has around a 1% success rate for me. On the up side, that’s more than I was expecting, given my inexperience. I don’t consider all of these ‘successes’, by any means, but I found them all at least interesting enough to post.

So, without further ado, I give you: Corgis! In! Action! 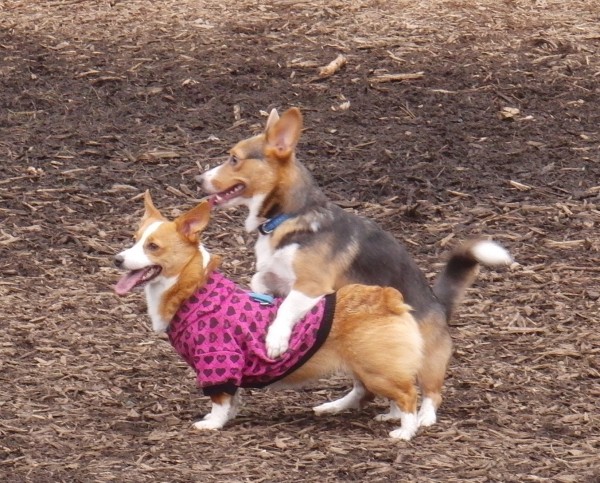 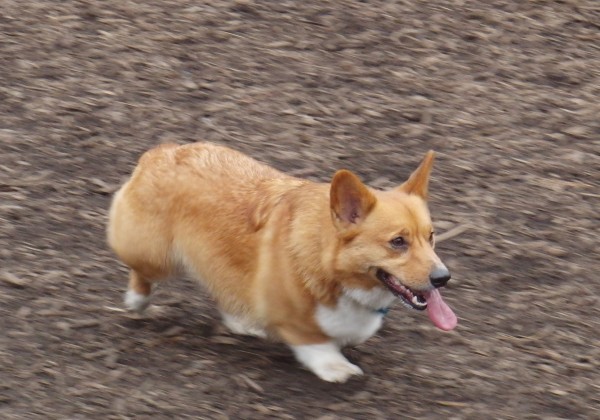 This is an interesting one. Note that his face is in focus, his legs aren’t (for obvious reasons), but his butt isn’t too. As far as I can tell, it was defeated by the Corgi tendency to waddle: his head was moving more-or-less steadily, but his butt was moving back and forth so quickly it blurred. Goofy! (Wasn’t a depth-of-field issue, I had the aperture more-or-less closed all the way down to give myself a long enough shutter speed to get the blur.) 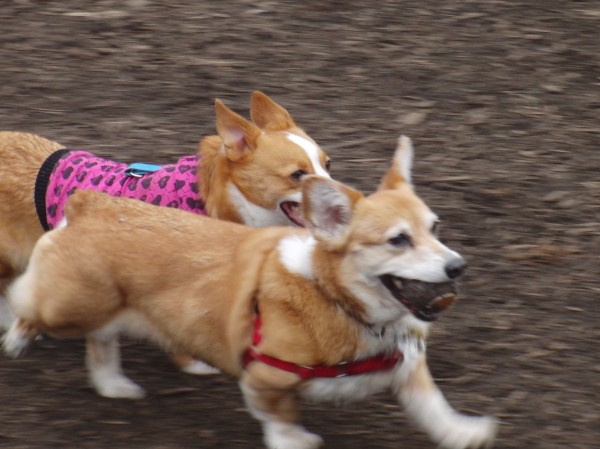 I can’t even begin to know how I managed to so closely match speeds with the one in BACK, when I was trying for the one in FRONT. 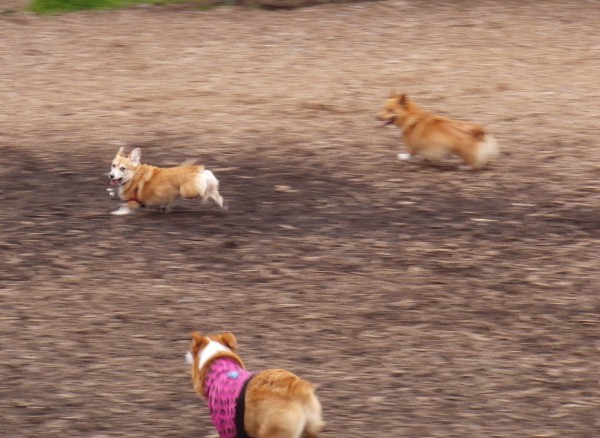 Can’t decide if I like this one or not. If the other dogs were closer, if the one with the clear face were a little clearer (so I could zoom in more), if if if. Still, it’s a really neat effect. 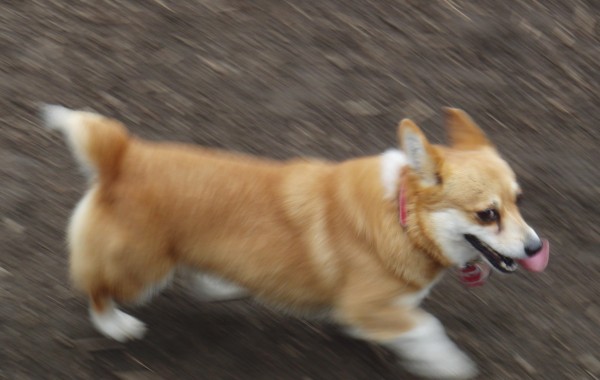 This little guy has the *evillest* expression I have ever seen on a corgi. His mom told me he was pure corgi, but I don’t believe it. He looks too much like a corgi/chihuahua to me. Sweetest little dog, loved everybody, but he totally looks like Marty Feldman, or possibly Peter Lorre.

This entry was posted in Dog of the Day and tagged Artsy, Pembroke Welsh Corgi. Bookmark the permalink.