Dog of the Day: Bedlington Terrier

Autumn says that we’ve had one of these (most ridiculous of) dogs before, but if so, I must have spelled it wrong, because a search of my blog doesn’t turn it up. 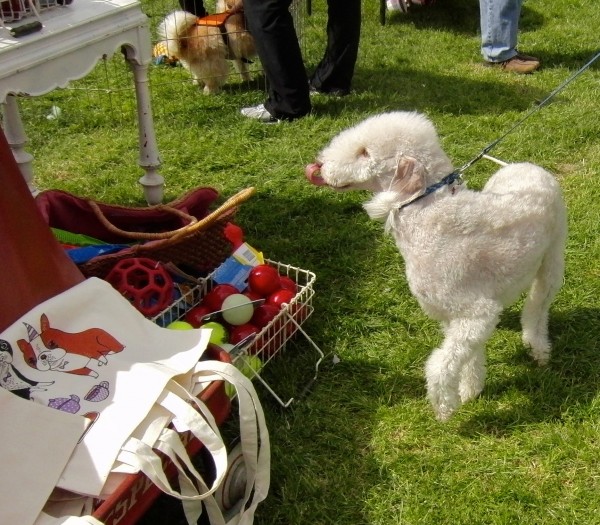 I'm not a big fan of traditional poodle cuts, but if I had a Bedlington terrier, I'd probably give it their traditional haircut. I mean... It's so ridiculous. How can you not? 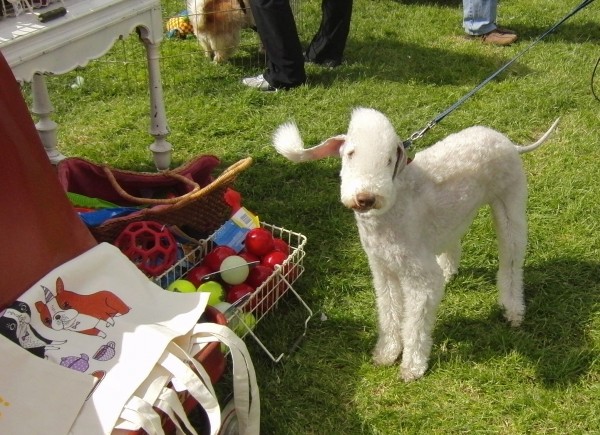 God, the ear-ploufs. Who in the world thought that up? 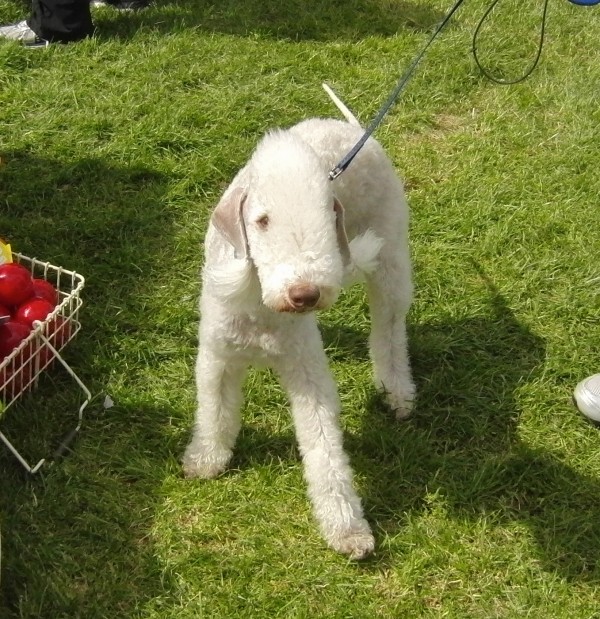 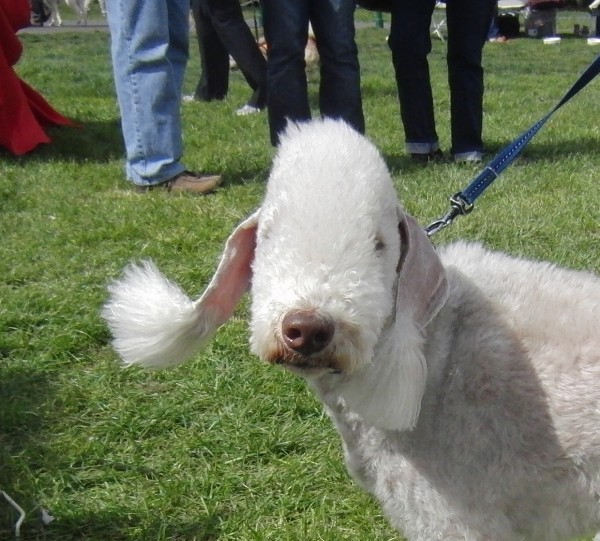 So do Bedlingtons not actually have binocular vision, with that giant floof in between their eyes? 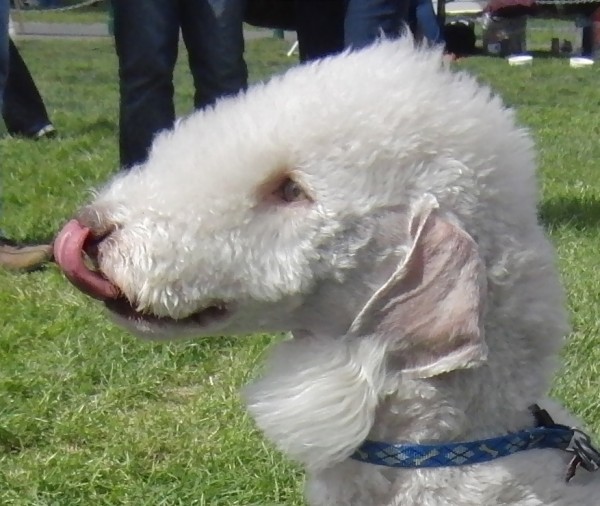 This guy really likes curling his tongue. Half the pictures I have of him, he has his tongue out.

This entry was posted in Dog of the Day and tagged Bedlington Terrier, Castro. Bookmark the permalink.