Well, you remember how I said I was going to order some tarts from Miette for this week? ‘This time for sure?’ Well, I did! And they cancelled the order. Turns out they aren’t making tarts at the moment, probably because the filling isn’t cooked, and they don’t want to spread viruses. Sigh.

So instead I bought a couple of things from the MINA Family Kitchen, a new venture by Michael Mina and, I guess, his family. It was created in response to the closure of his restaurant by COVID.

The food? Amazing. The desserts? Well… 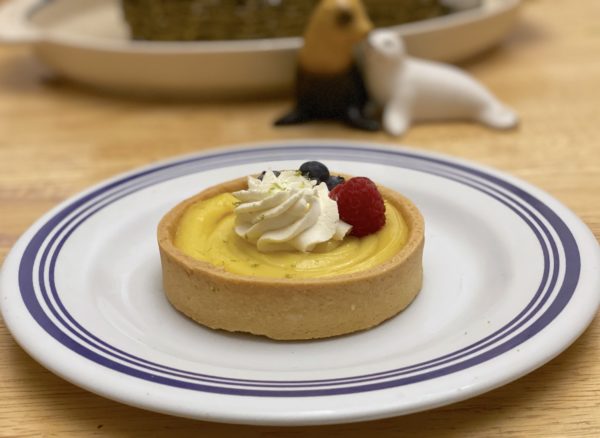 This one was apparently created by Ayesha Curry, who I am not familiar with, but that’s probably because I don’t follow the world of competitive chefing (chevving?)

This entry was posted in Sunday Switchup and tagged Dessert, Financial District. Bookmark the permalink.