A picture from my trip to Monterey a couple of weeks ago. I rented a 70-200mm f2.8 zoom lens and a 2x teleconverter for my Canon 50D for the trip. (For those who don’t know what that is, it just doubles the amount of magnification you get from a lens, at the expense of letting a lot less light through).

I learned a few things that probably should have been obvious in retrospect.

Well, I did get a few decent pictures. I’ll post them here every once in a while. The first one I have tentatively identified as a whimbrel, a species of curlew. This is awesome because Autumn knows at least a half-dozen tunes named after curlews, including this one. 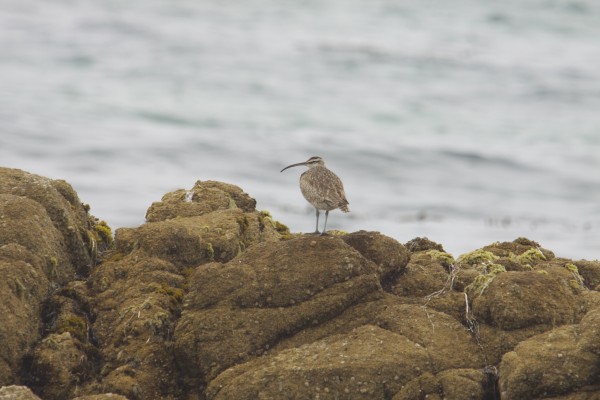