A larger than usual post today, to make up for the lateness, and also because I have one that I’ve been meaning to get to for a few days now. I think I’m going to leave this one up for tomorrow, or maybe just post a wildlife picture tomorrow, so that these two can have the limelight for a while.

These two pups belong to some neighbors of mine, from a block or so away. They’re the first ones (aside from Watson) that I made an appointment to see, instead of just running into randomly. And, after some initial mishaps (we all arrived early, and then proceeded to not notice one another until nearly half an hour after we were scheduled to meet) we did get some photos in.

Incidentally, I’m going to forgo my usual ‘dog dialog’ hovertext for these pictures. (For those of you who haven’t noticed: if you hover your mouse cursor over a picture, my attempt at a doggie thought bubble will pop up.) The ones of Diablito would be fine, but Missy Pooh is a recent rescue, and was obviously rescued from a really bad situation, and I have no interest in writing depressing dog dialog, nor in making fun of a suffering pup. 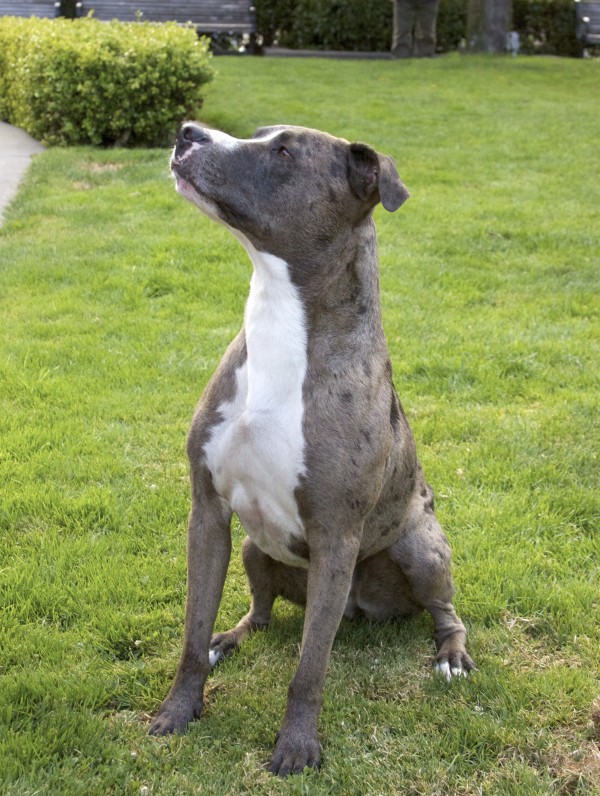 This is Diablito, as you can no doubt guess by his coloration. Diablito is smart, well-trained... 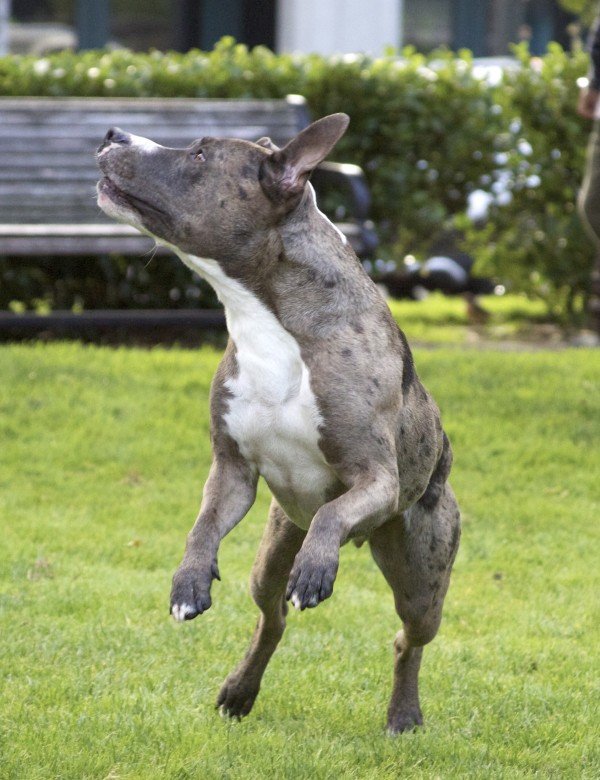 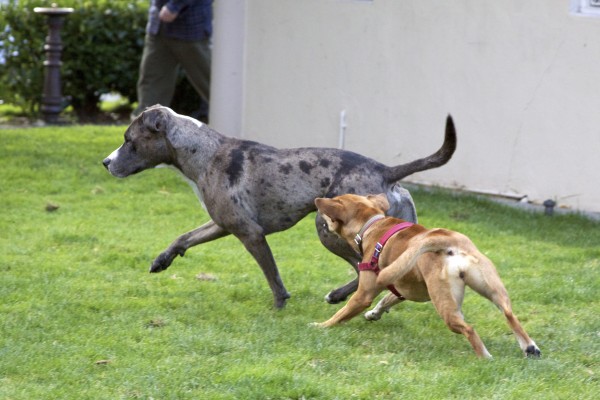 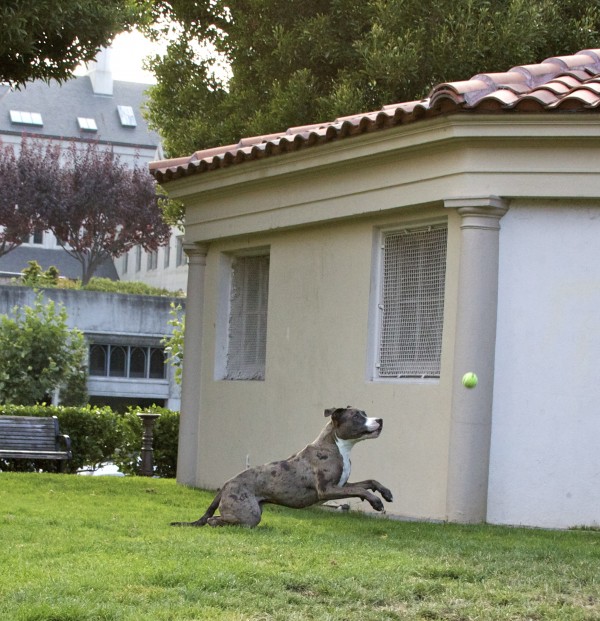 ...and just as ball-obsessed as one might imagine an Australian Cattle Dog mix would be. 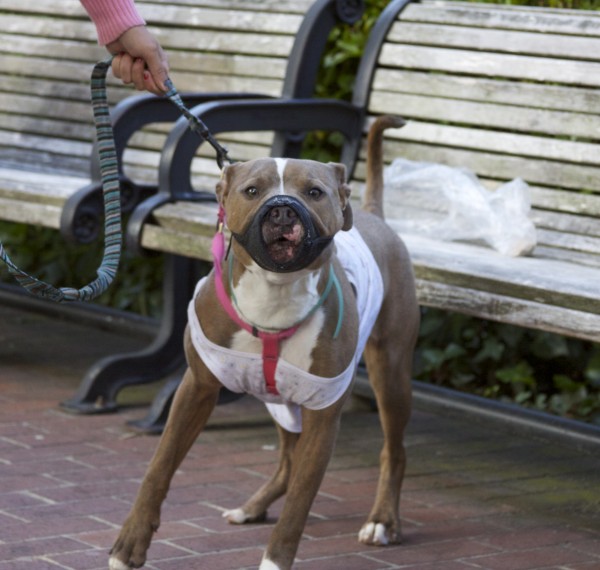 This is Missy Pooh. She's... well... not. She's a recent rescue, and it's pretty clear that her previous owners did not deserve to own a dog. 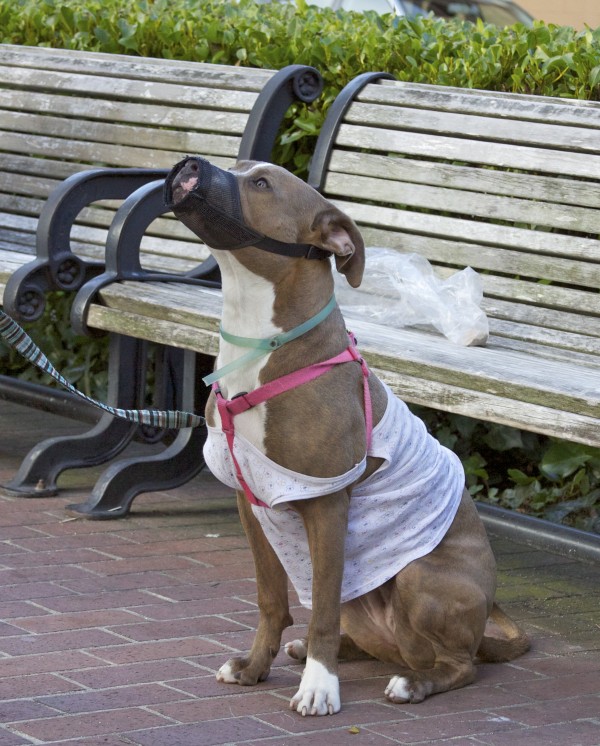 I'm sure her current owners have treated her with nothing but kindness, but I couldn't shake the feeling that she was always terrified that if she did the wrong thing, they'd beat her. 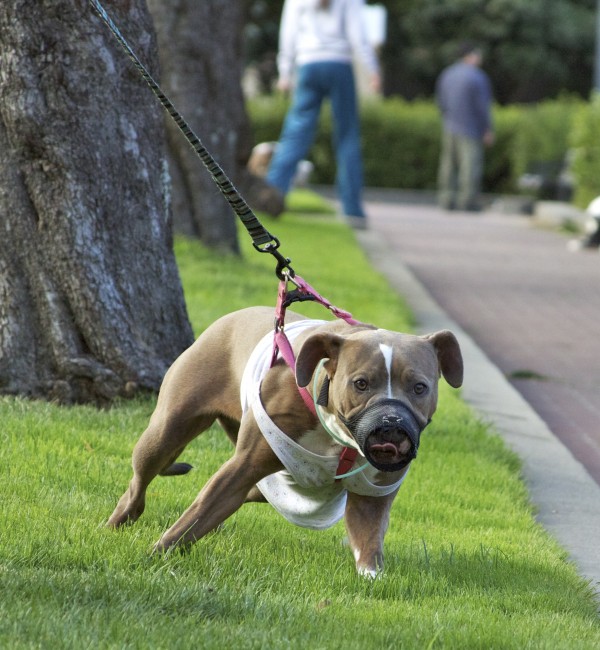 They say she's a lot better at home. I hope that's true, for the sake of their sanity. Watching a pretty pup like this cringe from me like I was a vicious monster for weeks on end would wear my soul down to a nub very quickly. 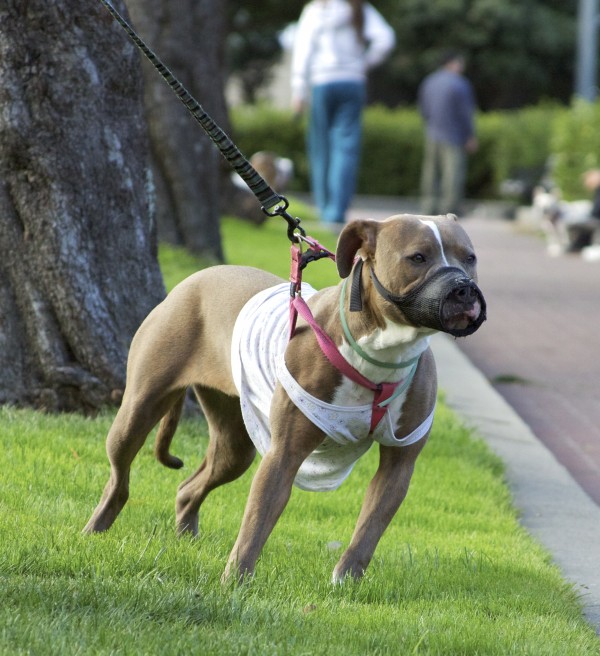 This was the closest she got to normal pit bull body language while I was there. 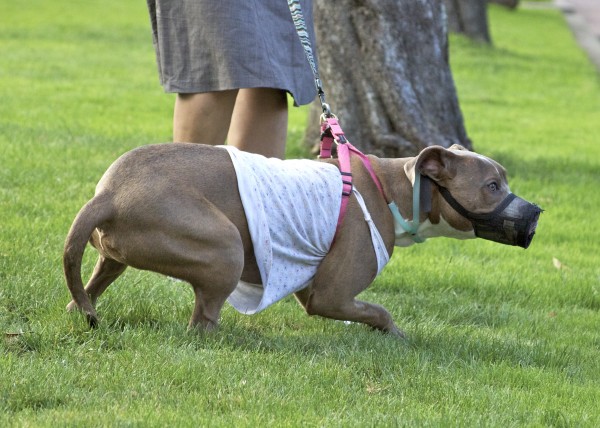 This was the more typical posture. 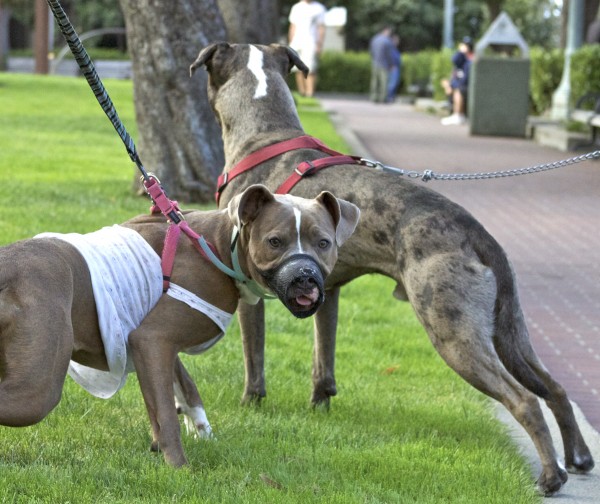 One good thing: she and Diablito seem to get along great. He's clearly got her back. 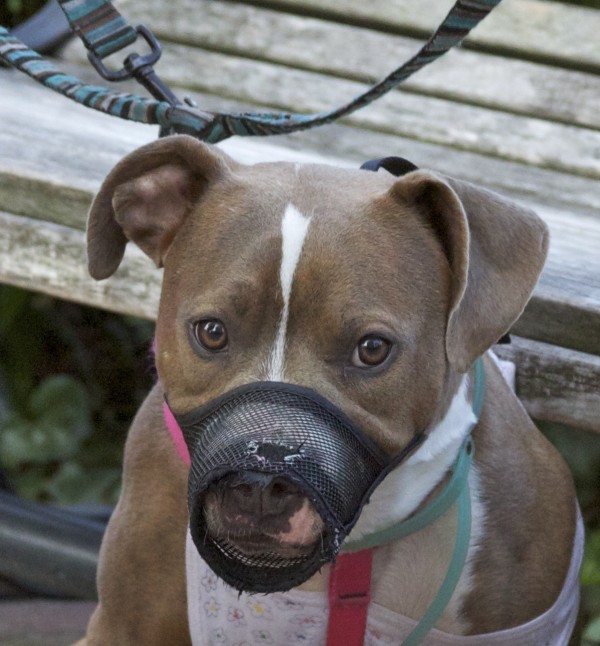 Hope her new parents are up to the daunting task of taking this poor girl and working through her issues. They seem experienced, so I'll just keep my fingers crossed.