Dog of the Day: Petunia the European Staffordshire Bull Terrier

I would have sworn Petunia was a puppy, she was so little. But apparently European Staffordshires are built small, since she’s 5 years old. (I ran into her on 9/11, at the San Francisco Ghirardelli Chocolate Festival. And no, I didn’t give her any of my chocolate.)

Petunia is affiliated in some way with a Toronto dog charity called ‘Paws 4 the Cause‘, which helps dog owners with high veterinary bills.

I’ve got a treat that I’m going to try to post tomorrow or Saturday: a super-drooly St. Bernard named Jake. I may have gotten too many pictures of him… it’s taking quite a long time to sort through them all, find the decent ones, and then edit them. Hey, there are worse problems for an artist to have than ‘too much material’. 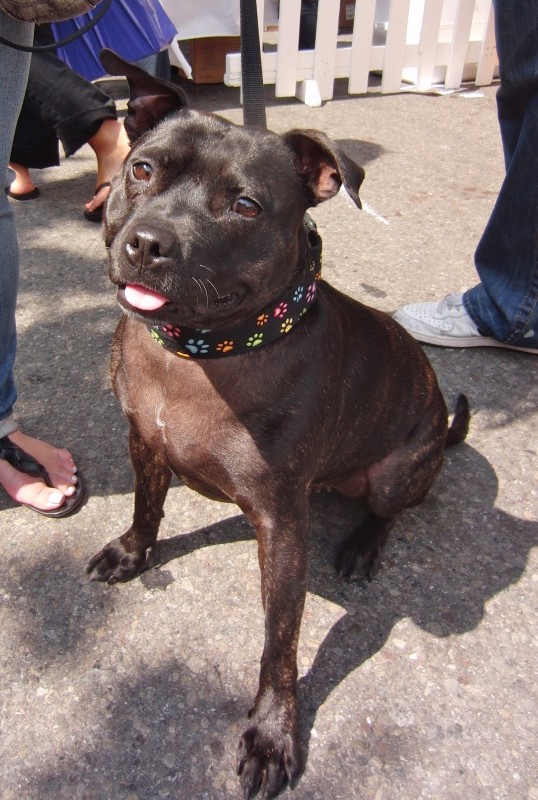 Pretty collar! Petunia is every inch the lady. 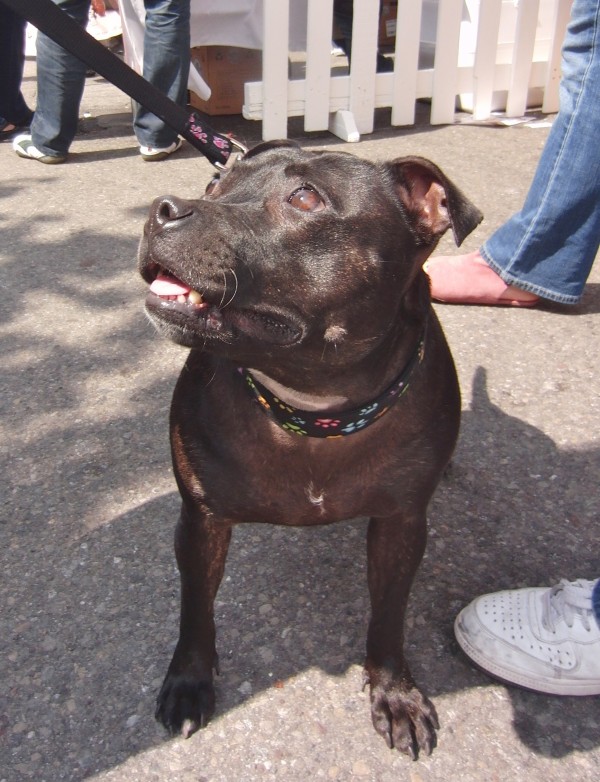 I think Petunia was a teensy bit overwhelmed by all the noise and people. Which is fair enough: so was I. 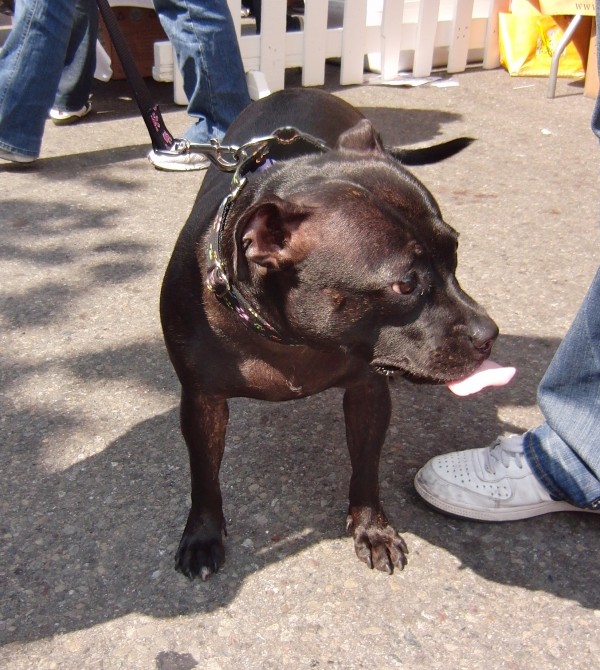 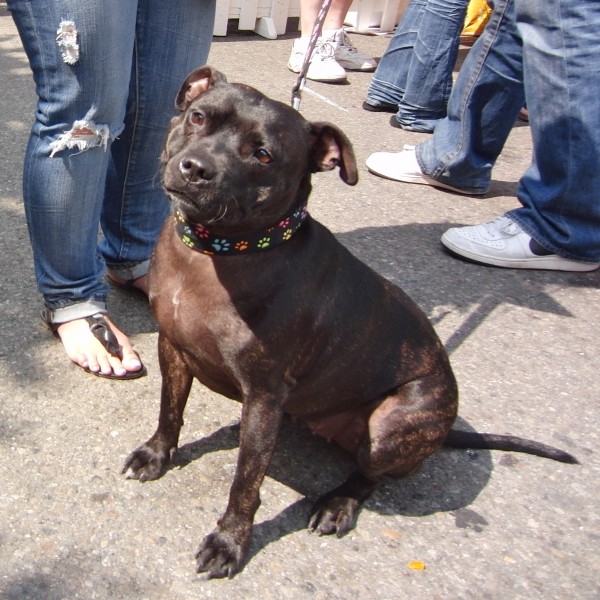 I think this is someone's 'I need a tummyrub' expression. Or, at least, that's the effect it had on me.

This entry was posted in Dog of the Day and tagged European Staffordshire Bull Terrier, Near Home, Nob Hill. Bookmark the permalink.