Dog of the Day: Balder the Tummy-Rub-Loving Standard Poodle

Balder (named for the Norse god Balder the Beautiful, natch) is a total sucker for belly rubs. As you can see. 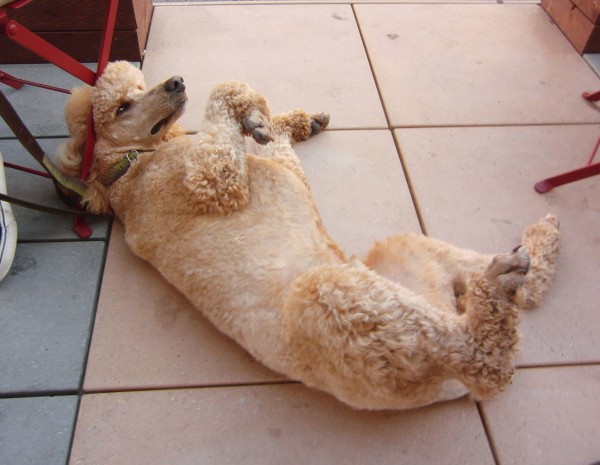 This is Balder when we met him. He heard, "Aww, what a sweet puppy!" and, knowing exactly what that means, just flopped over and exposed his belly. 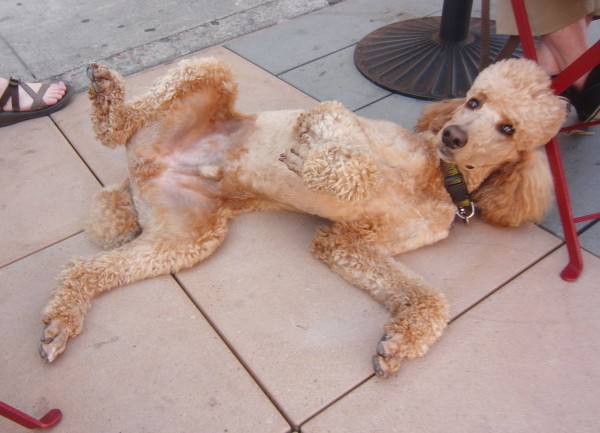 This was Balder while we were trying to convince him to stand up. We tried commands. We even tried treats. He would MUCH rather have more belly-rubs, thankyouverymuch. 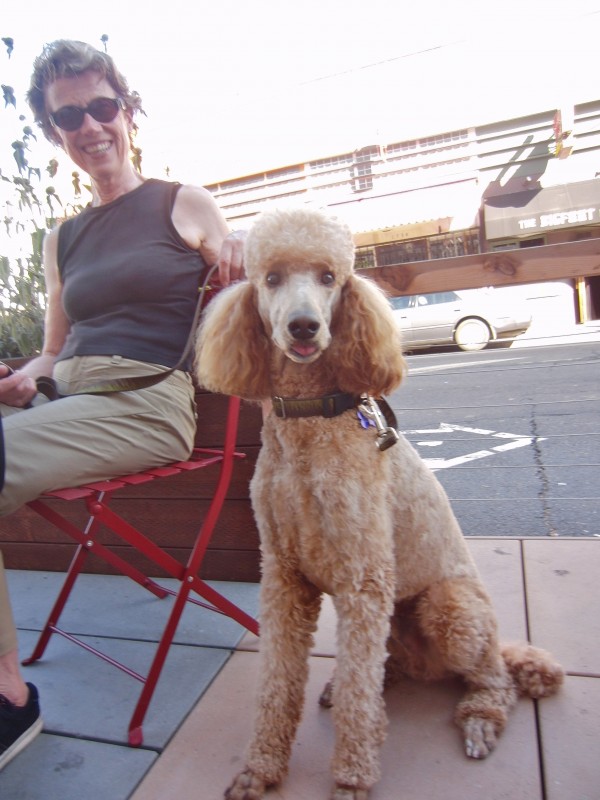 His mom (that's her, obviously) eventually had to stand up and pretend she was leaving to get Balder to stand up, so great was the lure of possible future belly-rubs. He wasn't entirely pleased to be so fooled. 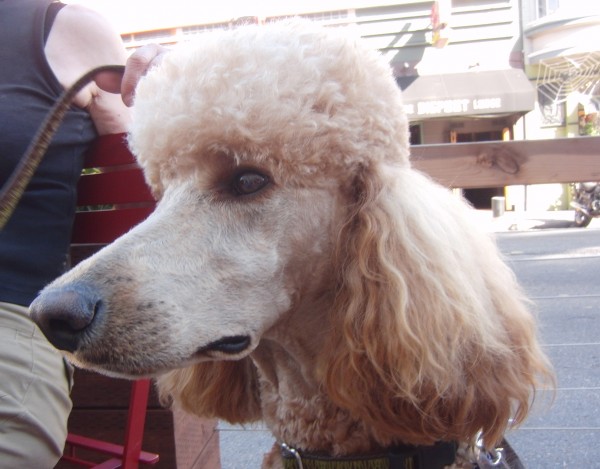 Balder is indeed a handsome pup. 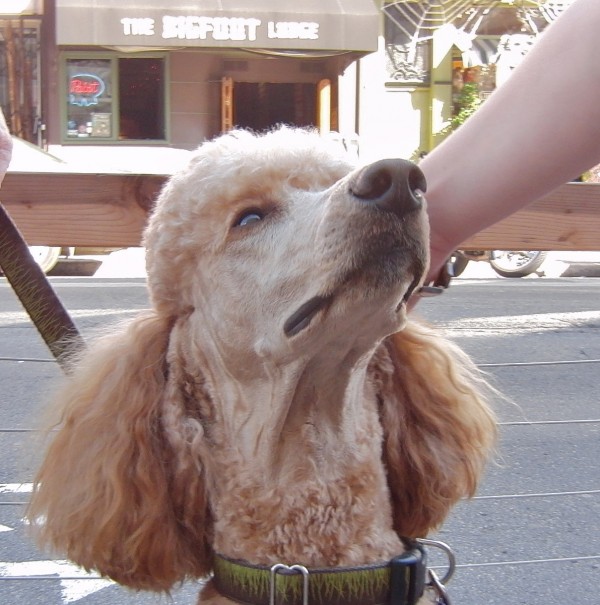 We were tentatively forgiven when Autumn found another itchy spot.

This entry was posted in Dog of the Day and tagged Nob Hill, Polk Street, Standard Poodle. Bookmark the permalink.