Who’s that coming down the street on that crazy hawg?* Is he mad? Is he bad?

Is he an awesome dawg?

(* I have no idea if it’s really a Harley, the rhyme was just too good to pass up. I’ve put all three pictures above the fold on this one, because they’re just too cool not to appear on the front page.)

Incidentally, in my experience, pit bulls get a really bad rap. I’ve never met one who was aggressive, and only met one who wasn’t friendly and full of love. And that one was a recent rescue dog who had been abused and who was kind of skittish… but who could blame him? 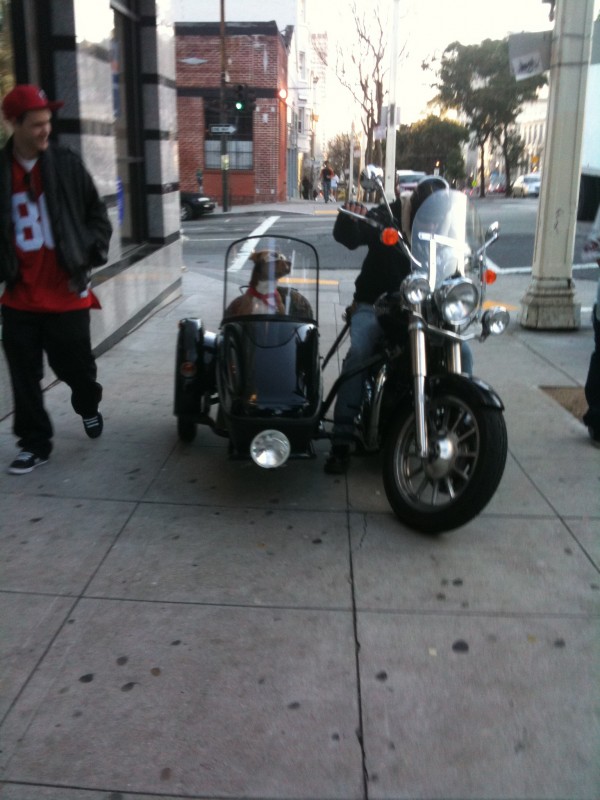 As Autumn and I approached the bike, we were like, 'is that really... that can't be...' 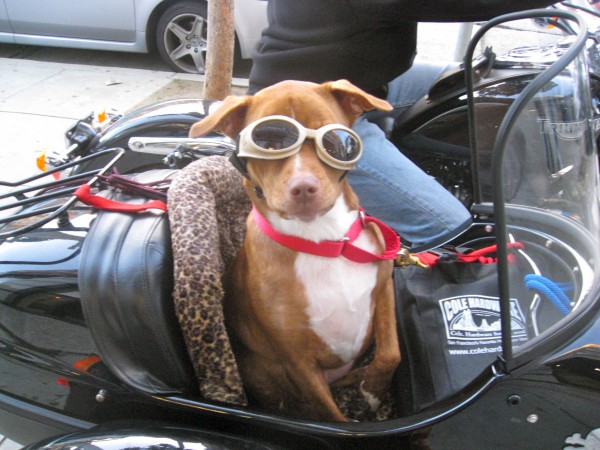 Oh yes it was. A happy friendly licky pitbull, who was delighted to meet us. 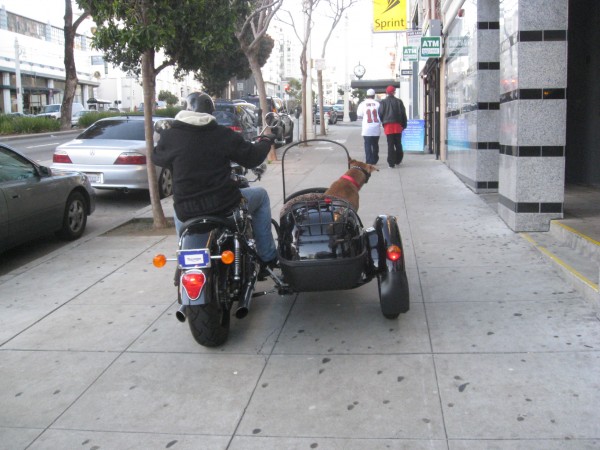 How awesome a dog do you have to be to stick your head out the window of a motorcycle?

This entry was posted in Dog of the Day and tagged Pit Bull. Bookmark the permalink.

2 Responses to Dog of the Day: Motorcycle Pit Bull!