Milo was bound to be the dog of the day eventually: he’s the mascot of the Irish music session that Autumn and a friend of hers run at Costello’s Four Deuces (pronounced COST uh low), way out in the Sunset in San Francisco. (33rd and Taraval, Sunday afternoons starting around 4:30). The session is pretty good, some good musicians show up pretty regularly. But on the weeks when Milo is there, things really shine.

Milo is a half-basset-hound. We’re not sure what else he is: maybe Lab, maybe pit bull. Whatever he is, though, he’s a real sweetheart, and one hell of a ham.  Check out after the break for a movie and a couple more pictures. 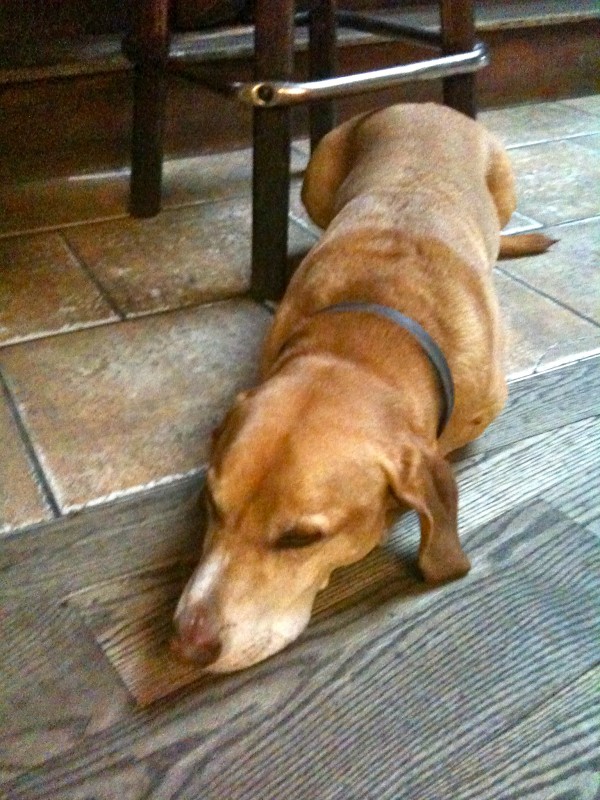 This is the famous 'puppy speedbump' position. Milo has it down pat.

Milo being a total ham. This is from the first week of the session, about two months ago. 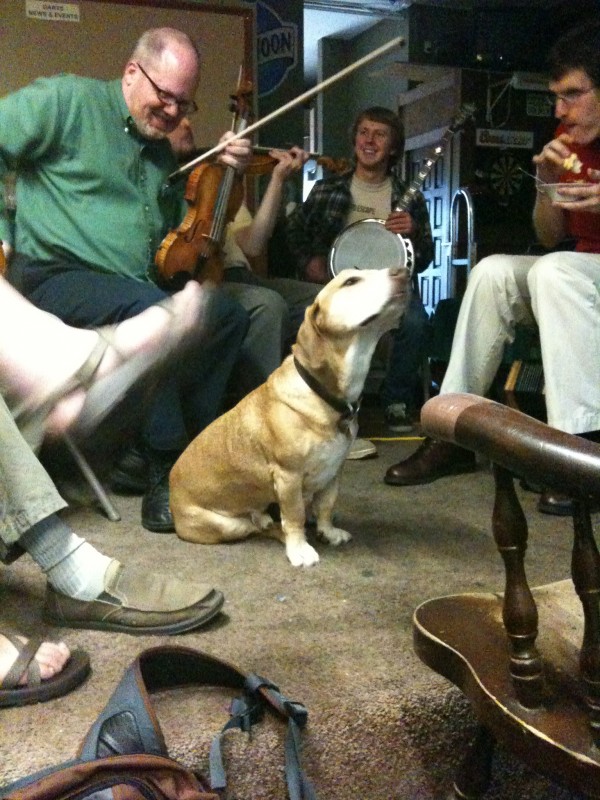 And this is from this week, March 21st. It's no fluke: Milo is a born performer. 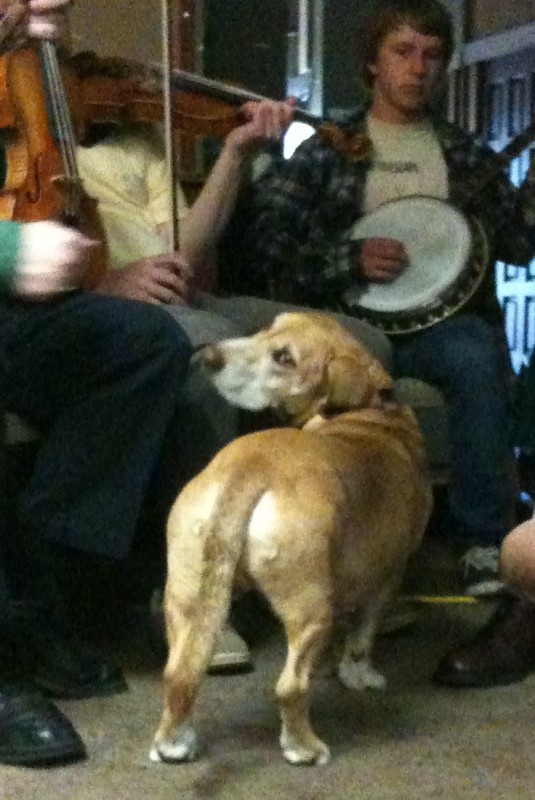 When I get a dog, I want a dog just like Milo!

This entry was posted in Dog of the Day and tagged Basset Hound, Labrador Retriever, Mixed Breed. Bookmark the permalink.

1 Response to Dog of the Day: Milo! (Half basset, half Lab? Pit Bull?)