Autumn and I stopped by a newish coffee shop in Polk Gulch (aka Polk Street where it goes through the edge of the Tenderloin.) It sits at Polk and Pine, in the space where Polk Street Station used to be, a space that has sat vacant for several years now. All in all, we were pretty happy with the place… at first.

Then what happened? Then the owner’s 4-month-old brindle-striped pit bull puppy (named ‘Little Man’) came by for a visit (outside of course). At which point we became utterly ecstatic. So cute! So happy! So wiggly! 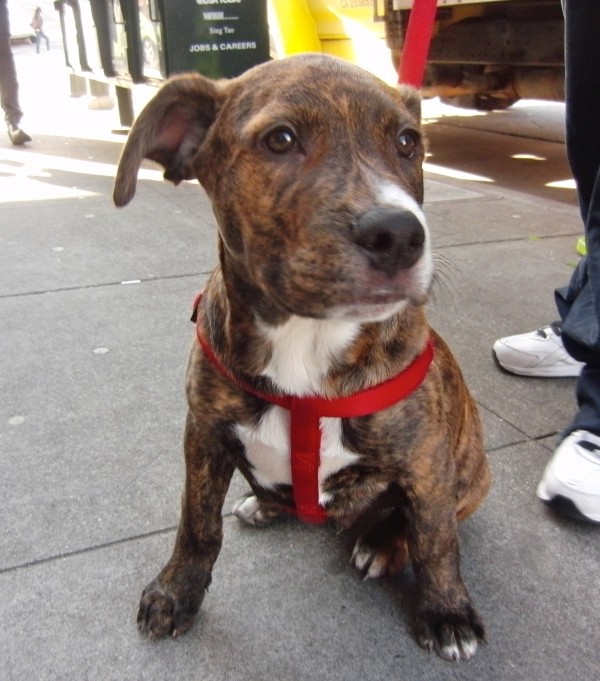 It was a dim day, and this guy never stays still for more than a hundredth of a second. It was MURDER getting non-blurry shots of him! 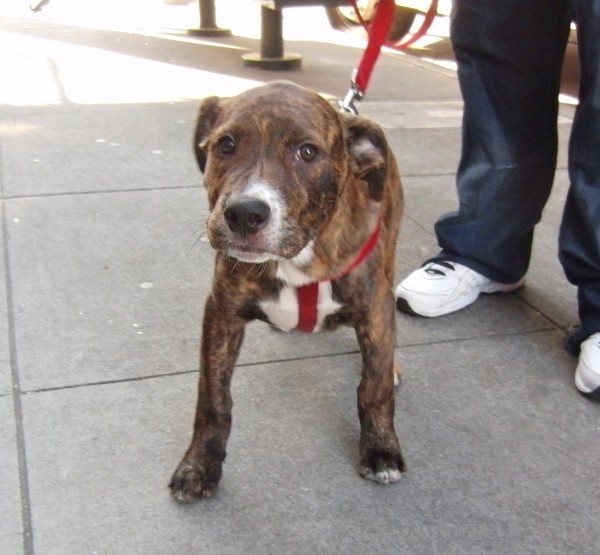 If he looks unhappy or concerned in any of the pictures, it is almost certainly because he was being prevented from licking someone he wanted very much to lick. 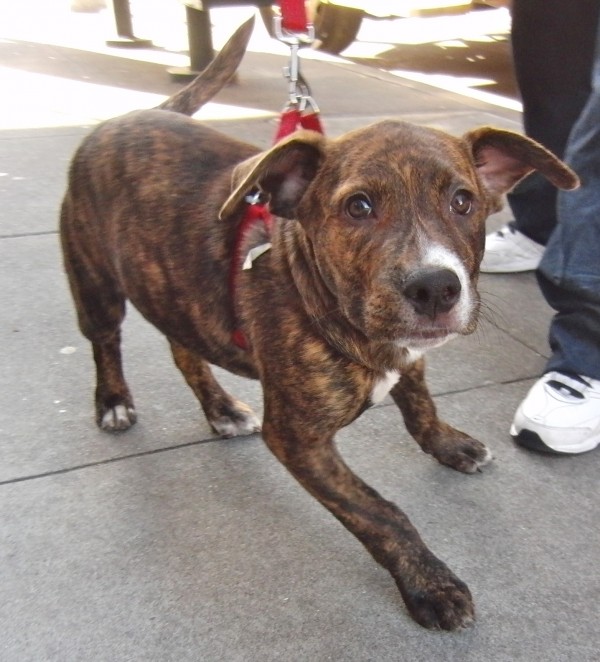 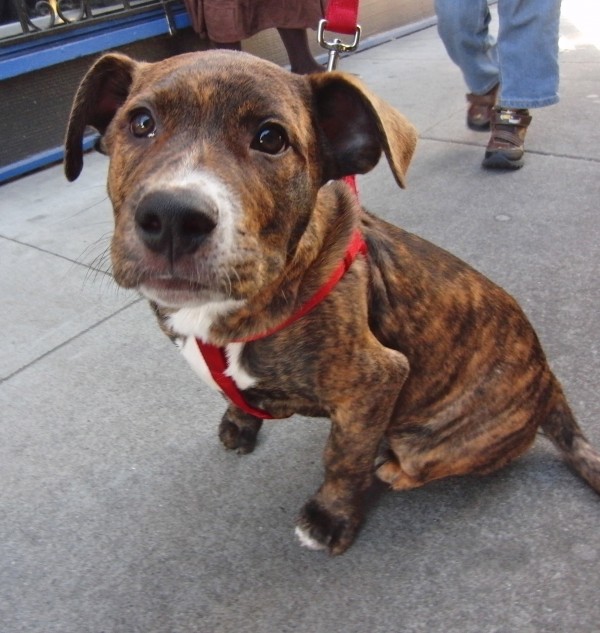 Little Man was curious about everything. Which means you can probably guess what is coming next. 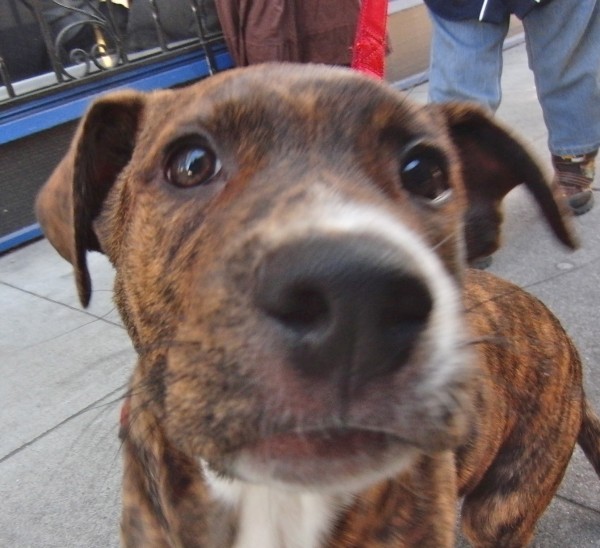 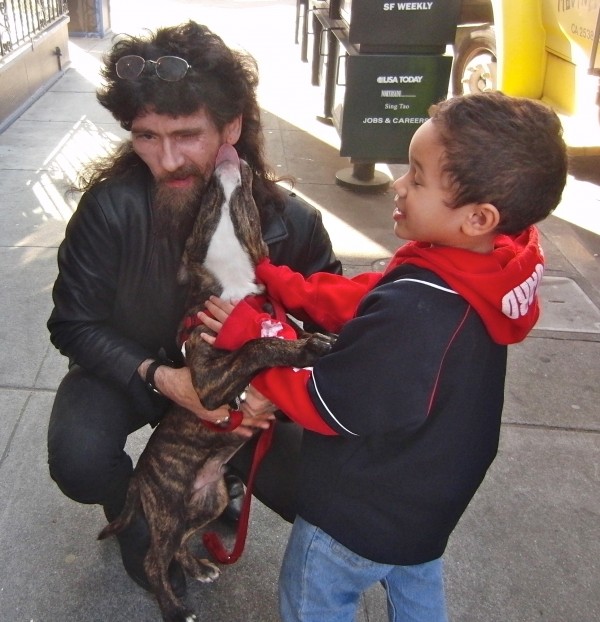 The owner's son, on the right, and I'm not clear on who the gentleman is, but he brought the puppy by so he's a hero in my book. 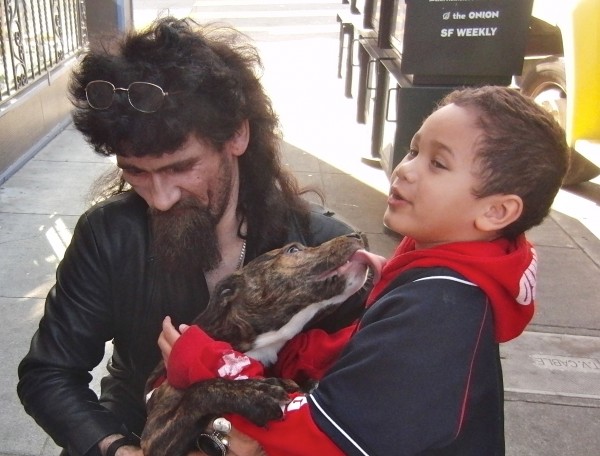 Wiggles and giggles and licks, that's what puppydogs are made of. 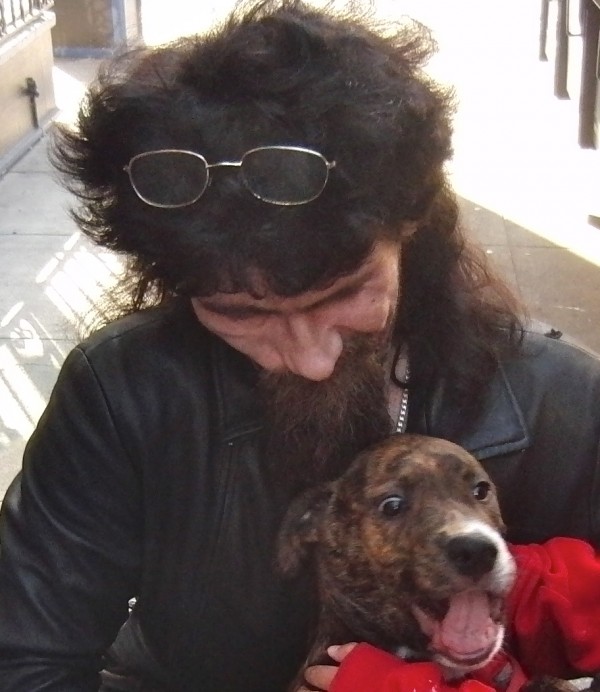 Overloaded puppy expression. All the happy you can squeeze into one small space. 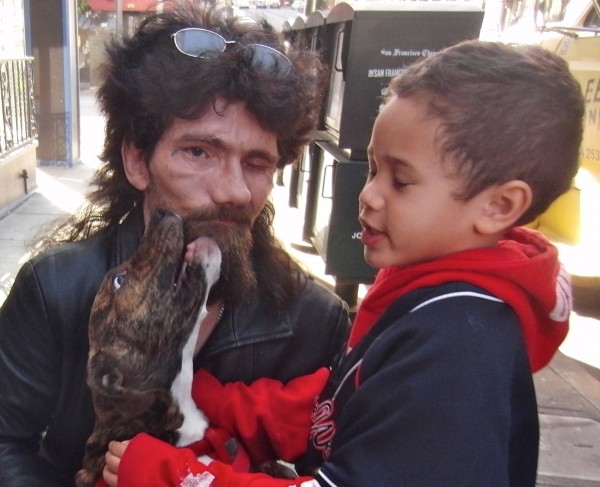 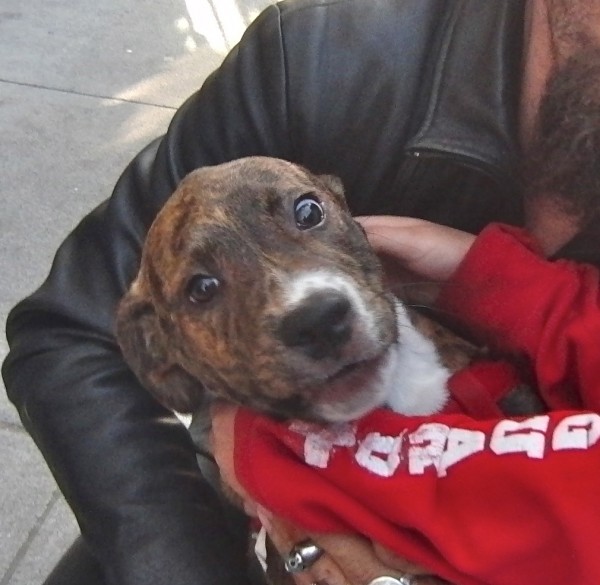 And this is definitely the "Hey... I couldn't help but not that these two are cuddling me, but you aren't," expression.