Dog of the Day: Brown Poodle with Cone of Shaaaaame (and Westie Friend)

Oh god, this was silly. See, the brown poodle was wandering around with this big long dog toy. Most of the time he had it in his mouth but he actually put it down, into the collar, once while I watched. And then, disaster: he dropped it! And promptly started trying to pick it up.

Most of my pictures of him doing that are all blurry, because I was laughing so hard at the poor thing.

He kept mooshing his face into the cone of shame. And his mom was standing right there. I said something like, “Hey, I think your dog might need a little help there…” And she said, “Naw, he’ll be fine!” Turned out she knew what she was talking about. A second later he’d managed to scoop it up and was happily shaking it around. 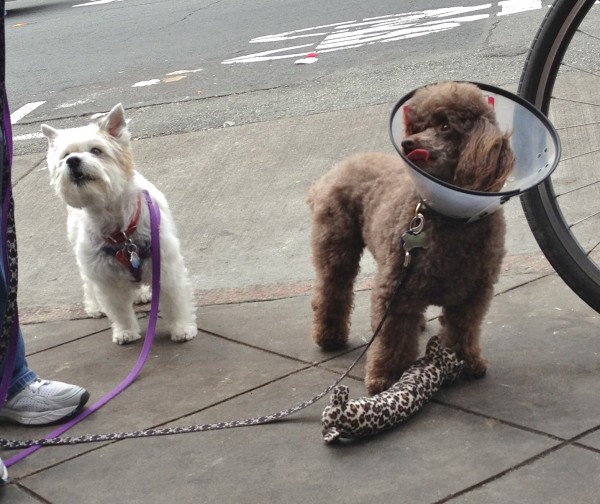 Every blurry photo I took also had the poodle's tongue lolling out. Maybe cones of shame taste like ice cream cones? 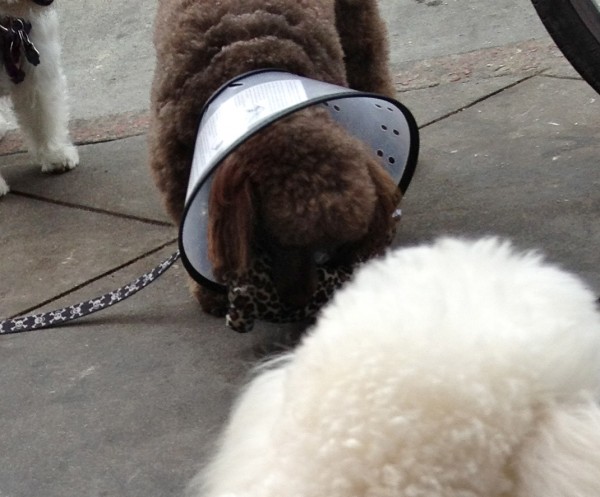 Just at the crucial second where he picked up his toy, another poodle steps right in my way. Ah well. 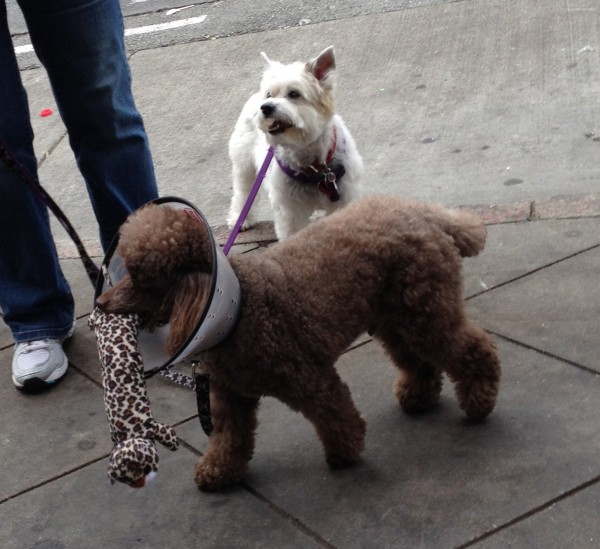 That is an absolutely ridiculous toy to begin with. Combining it with the cone of shame? Genius!

2 Responses to Dog of the Day: Brown Poodle with Cone of Shaaaaame (and Westie Friend)