We’ve had these two on before, here, but they are well worth a revisit.

Last time I took four pictures of them with my old iPhone and edited and posted the best two. This time I took around 200 pictures of them with a much better camera in a variety of lighting conditions. I think I did better this time, but not as much better as I was hoping for. From this we could deduce one of two things: either Adam sticks, or photography is hard. Luckily for me, since this is my blog, I get to pick! 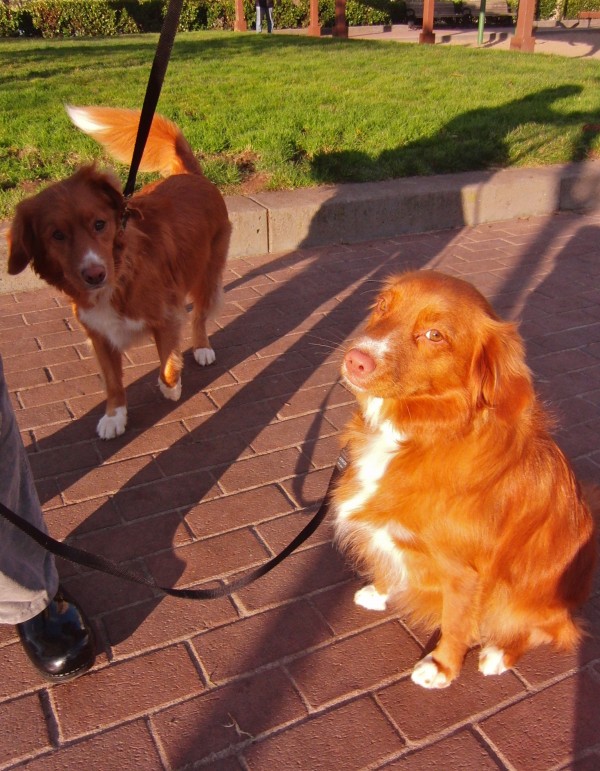 I think the one in the background is Bud. 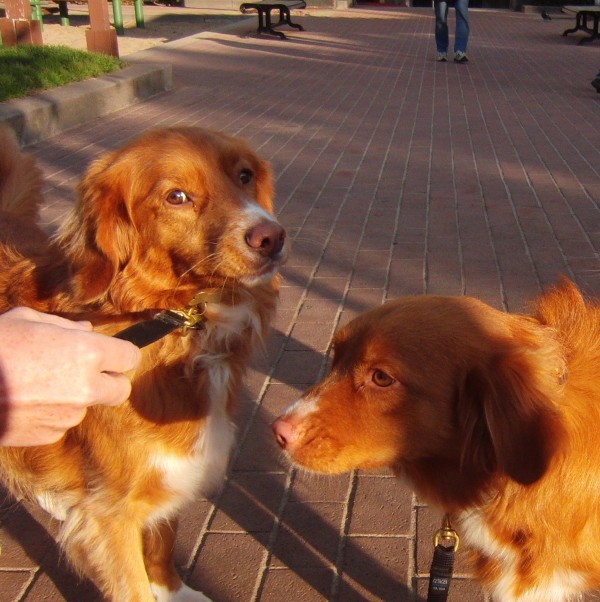 I think they're gorgeous in the mixed light and shadow, but the unfortunate side effects include 'shadow of one dog's nose on the other one' which just looks goofy. 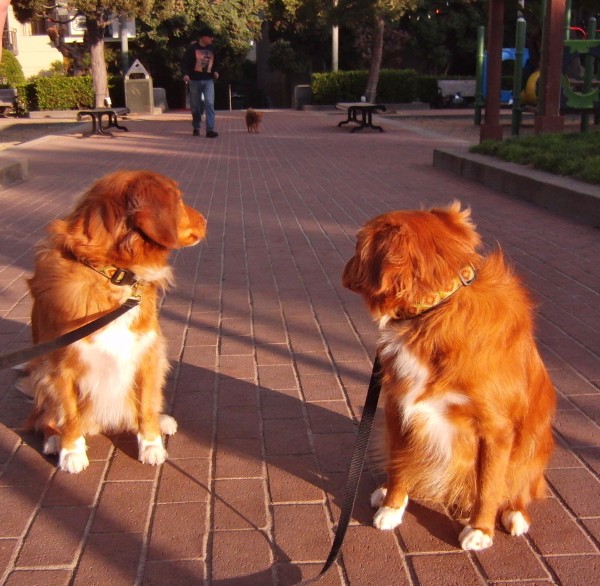 I very rarely got both of their attention at the same time, but the Yorkie back there managed it just fine. 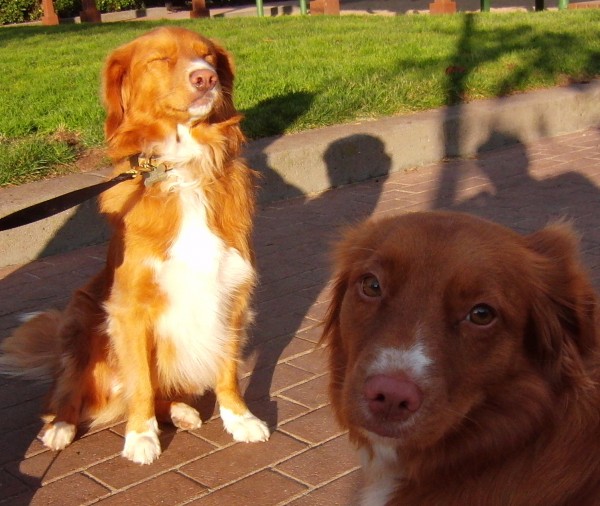 Caly is standing in my shadow. I love Bud's facial expression. 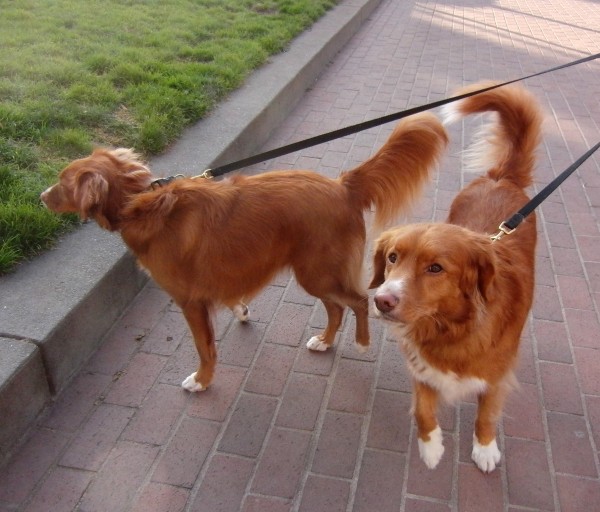 I asked mom to lead them into the shadow so I could get some more consistent pics, and immediately thereafter they became entirely unwilling to face me. No matter where I went, they turned around and showed me their butts. Figures.

This entry was posted in Dog of the Day and tagged Huntingdon Park, Nob Hill, Nova Scotia Duck-Tolling Retriever. Bookmark the permalink.