Dog of the Day: Lab Puppy!

I think it’s time for another lab puppy. We found this guy right in our neighborhood. He’s in training to be a seeing eye dog, although at the time we saw him, most of his training thus far had consisted of food and belly rubs.

The green on his ear is the side effect of a tattoo that all seeing eye dog trainees get, so that they can be tracked. It apparently washes out of the fur after not too long. 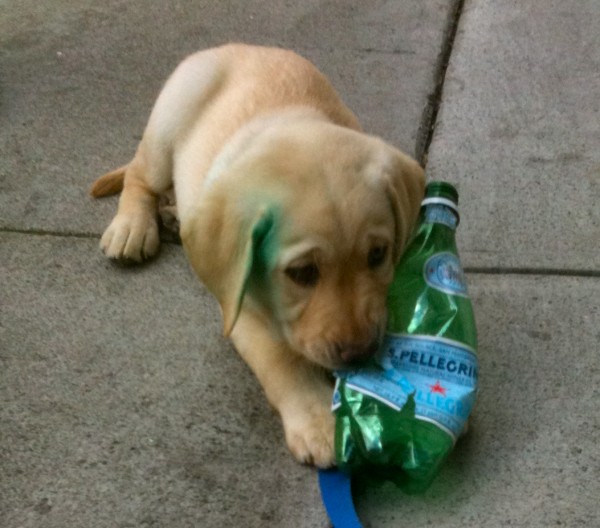 He was at the teething stage, and his mom was running a bit low on things to let him chew on. 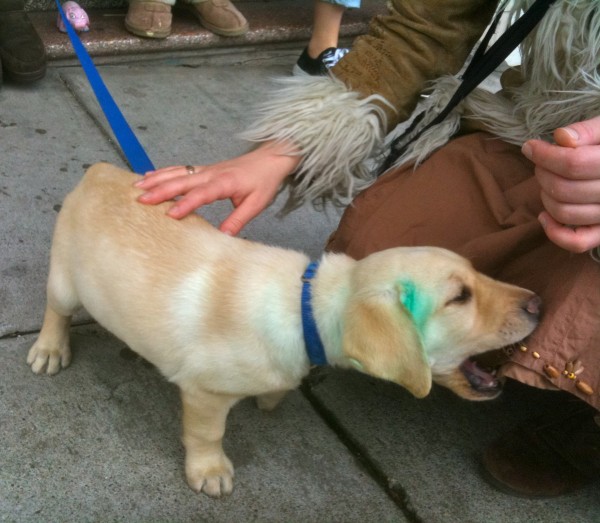 As I said... teething stage. Chewed on anything that wasn't too big to fit in his mouth, and some things that were. 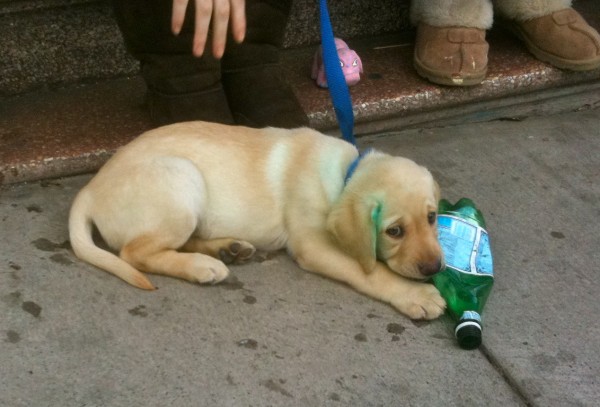 The poor pup. We were so mean, not letting him eat our clothing... bags... fingers...

This entry was posted in Dog of the Day and tagged Labrador Retriever, Puppy. Bookmark the permalink.