Dog of the Day: French Bulldog

Today’s dog is another first for DoSF: a French bulldog.

French bulldogs are another breed that Autumn and I are somewhat conflicted about. On the one hand, they look goofy and not always cute and have the terrible breathing trouble and health problems that come with being a smooshy-faced doglet. On the other hand, they’re so friendly and happy… maybe not as much so as golden retrievers, but for a small dog they’re really nice.

So on the whole, we like them. But we don’t hang pictures of them in our apartment. This guy, though? He’s kinda cute for a French bulldog. (Second picture after the break.) 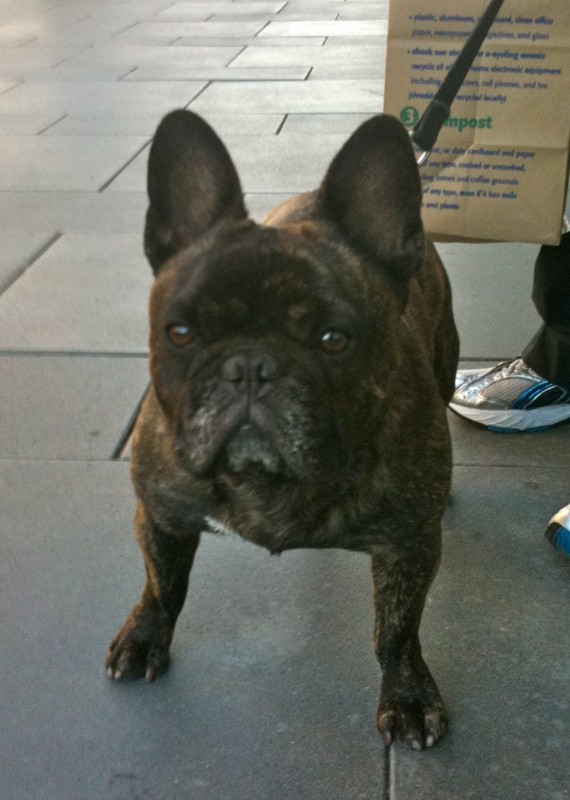 How can something look so goofy and so serious at the same time? 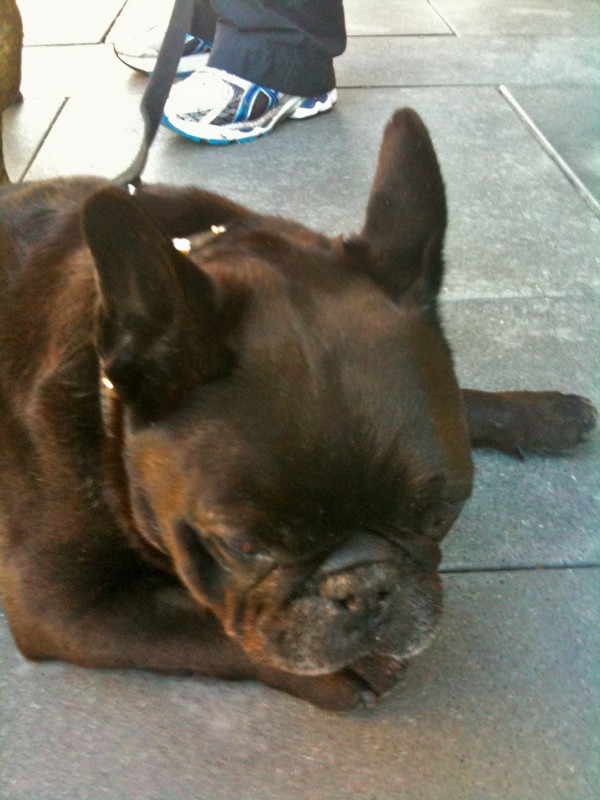 Not seen: my hand skritching him near his tail, and his hind foot going twitch-twitch-twitch.

This entry was posted in Dog of the Day and tagged French Bulldog. Bookmark the permalink.