Dog of the Day: Only The Shadow Knows (Well, Okay, Actually He’s MacGregor the Scottish Terrier)

I ran into MacGregor a couple of weeks ago and I just HAD to stop and snag a couple of pictures although I knew that such a black dog on such a bright day, at noon, was going to be murder. And indeed, I got THE SHADOW.

Fortunately, MacGregor’s mom found the blog and sent me a few (rather small) pictures of him, to augment mine. Unfortunately, hers are mostly kind of silhouettes too. Oh well. MacGregor, it turns out, is hard to photograph at any time.

Oh, MacGregor’s story is worth a mention as well. Apparently he was taken away from his original owner by the Northern Cal Scottie Rescue when he was four, because he was being abused. (As in, they actually came in and took him away, against the owner’s will.) At that point he was terrified of everything: kids, cars, adults, other dogs, you name it.

And today he’s nine years old, and is the mayor of AT&T park: he knows all the regulars and drops by to say hello, he personally greets all the strangers he sees, and he chases the sea lions and seals up and down along the edge of the pier when they show up there. He’s a perfect gentleman, and I was quite honored to meet him. Guess that goes to show how much good a happy home can do! 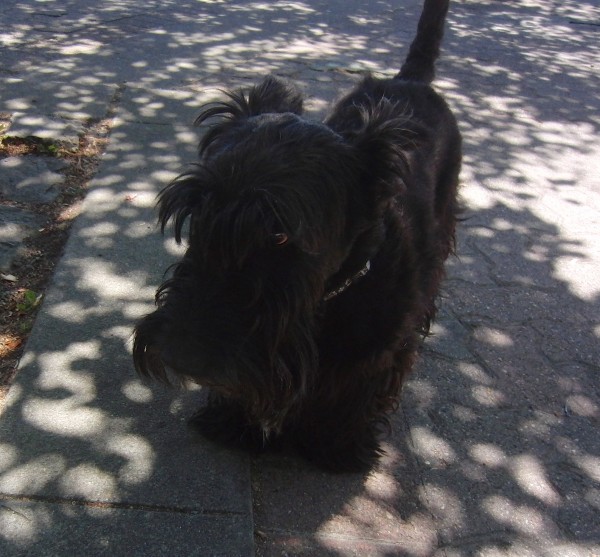 Why did I go with this picture? Because of the thirty or so I took, this is one of only two that had a visible eye. He really is a little bitty cheerful black hole. 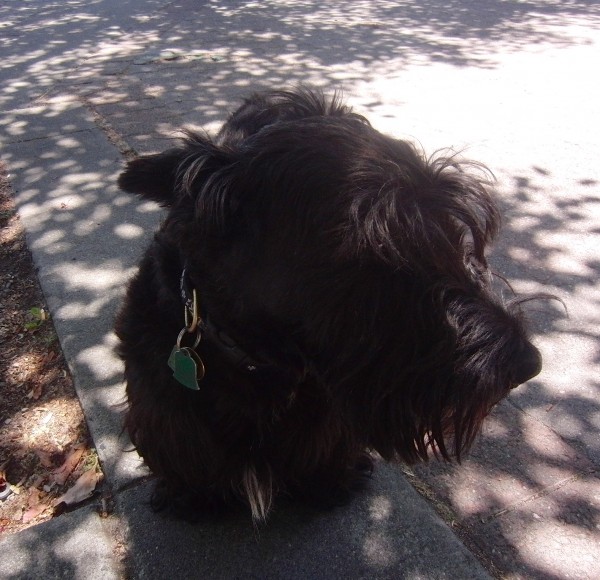 And why did I pick this one? One word: EYEBROWS. 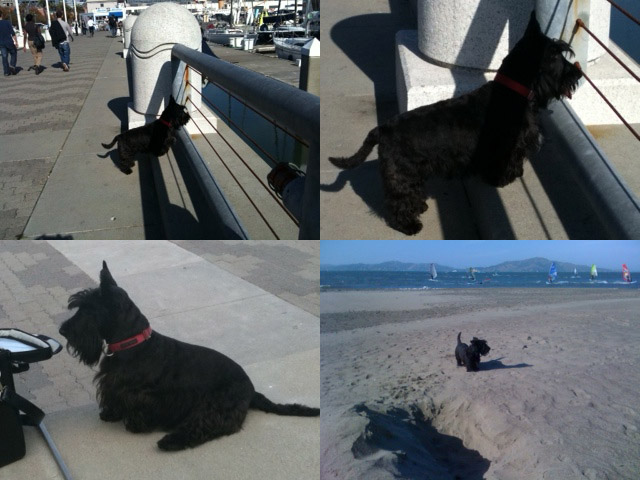 Mom provided me with a few very low-res pics, so I made up a little montage. Top: MacGregor keeping a watchful eye out for seals. Bottom left: MacGregor exploring for treats. Bottom right: MacGregor, on vacation from his mayoral duties, at Chrissie Field.

This entry was posted in Dog of the Day and tagged Embarcadero, Scottish Terrier, SOMA, South Beach. Bookmark the permalink.