There have been quite a few people, including some quite famous photographers, extolling the virtues of the iPhone as a camera. Why? Because you always have your iPhone with you. And a camera is no good if you don’t have it with you.

Well, I always always always have my compact camera with me: it’s a permanent resident in my left-side trouser pocket, along with my keys and change. Except yesterday. Yesterday I couldn’t find the damn thing, and rather than spend any real time searching, I figured I had plenty of pictures, and that I was highly unlikely to run into anything that I just HAD to take pictures of, especially since I was planning on going straight to work and then just coming straight home.

And I get to work, and what do I see standing pretty much right outside my workplace than a 9-week-old corgi puppy. To say that I squealed like an eight-year-old girl would be, strictly speaking, inaccurate, because I probably squealed like two eight-year-old girls. And pulled out the iPhone. Thank goodness I hadn’t forgotten that too! I also solicited a few pictures from Havalino’s dad. It’s probably pretty obvious which here are which.

By the way, ‘Havelino’ is an alteration of ‘javalina’, which is another term for ‘peccary‘, a sort of pig-like animal that wanders Arizona, Texas, Mexico, and various parts of Central and South America. I’m not entirely sure I see the resemblance, although I admit they do have pretty short legs. 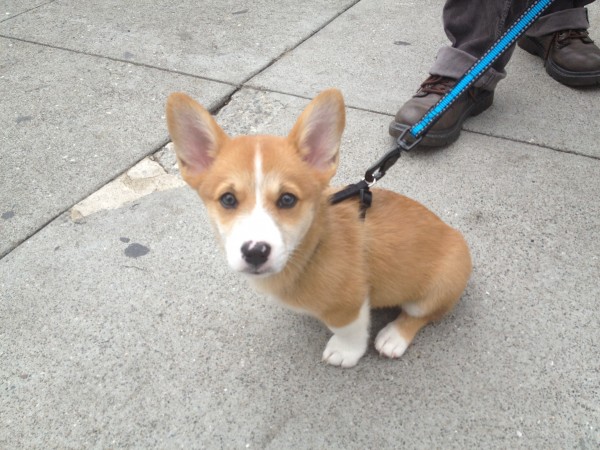 I don’t understand people at all. I mean, three people just walked right by this puppy as he was sitting there on the sidewalk. Could YOU walk by this puppy without petting him? 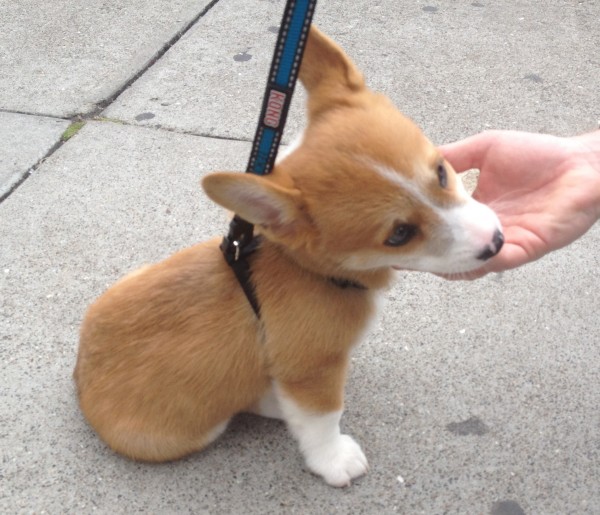 It’s probably a good thing I don’t have a corgi puppy. If one gave me that look, I’d be like, ‘okay, okay, I’ll call in sick again today and spend the day alternately petting you and chasing you around the house.’ 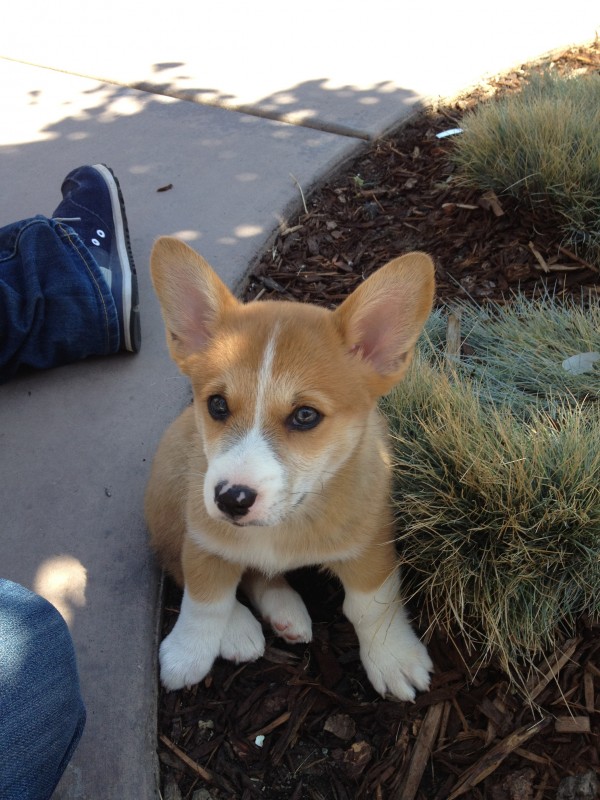 The rest (including this one) were taken by his dad. 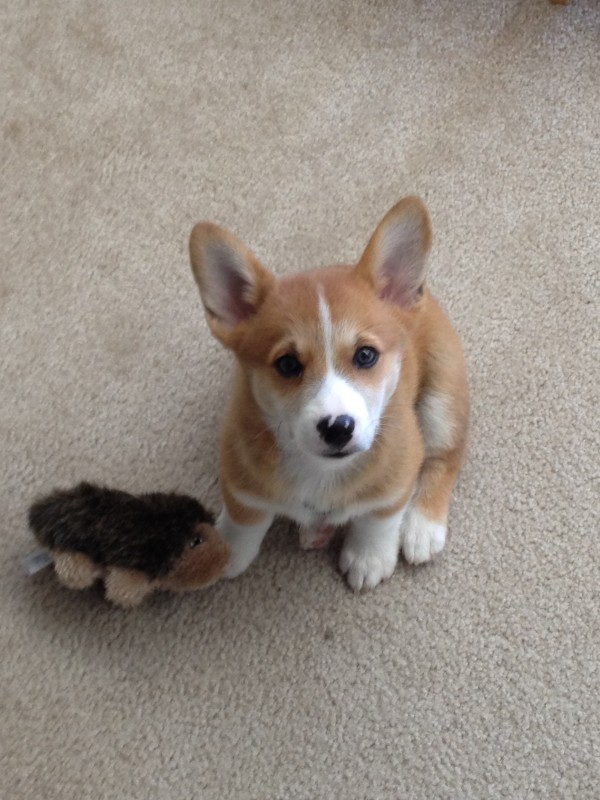 The pink spots on the nose. 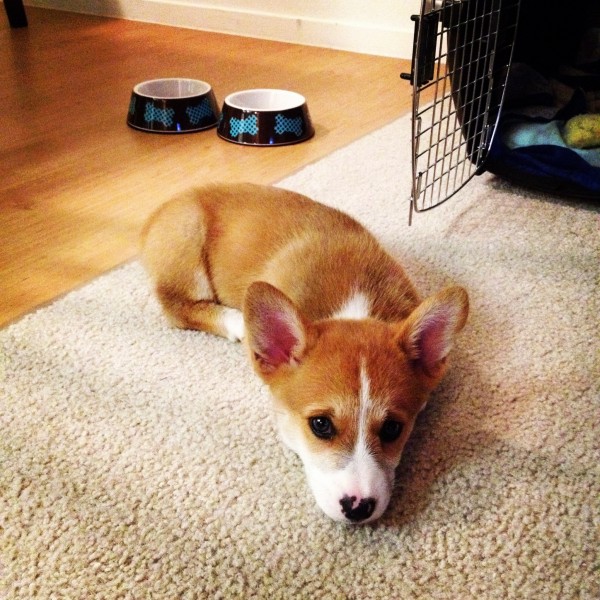 I think someone is teaching himself how to make elephant noises! (Trust me. You want to watch that. All the way through.)

This entry was posted in Dog of the Day and tagged Pembroke Welsh Corgi, Puppy, SOMA, South Beach. Bookmark the permalink.

3 Responses to Dog of the Day: Havelino the 9-Week-Old Pembroke Welsh Corgi Puppy!