Edit 3: Wow. Well, that’s pretty cool. We have a tie for first, and second place is one point behind! Full results are at the bottom.

Edit 2: Man, the competition is really heating up! Two of the pics are neck in neck, with a third making rapid strides from behind! This is still anybody’s game, folks.

Edit: as with last week, remember that daily posts will appear below this one.

It’s cat contest time! I persuaded someone I respect as an animal cute-ologist to pick the submissions for me. These are the results. I would like to say that I am honestly sorry to those of you whose pictures did not get picked, or to those who submitted two pictures but only have one here; my correspondent said that this was a pretty tough choice for him, and it would have been murder for me. (Especially as I know two of the people who submitted entries.)

I would also like to note that people really like their cats. I had two people submit between ten and twenty pictures of their cats, despite the rules only saying two. I decided that it was only fair that I limit them to one entry each. (In theory, people who submitted two cat pictures could have ended up with two finalists in this round, though it didn’t work out that way with anyone in practice.) I admit, though, some of those pictures were pretty darn cute.

So, here are the entrants, again in a quite random order. Please pick one, and again, if you feel like claiming yours in the comments, that’s fine, otherwise I’ll just keep them anonymous. 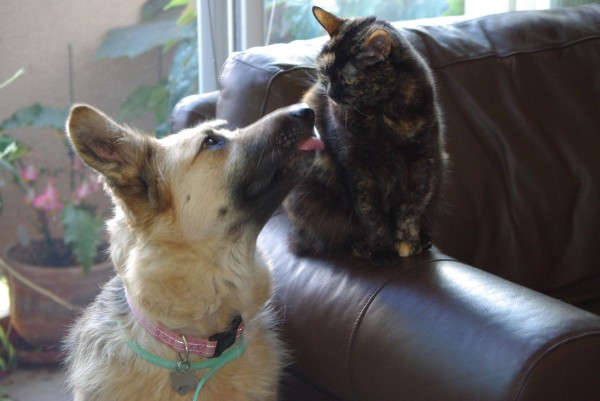 ENTRY 1: Kaylee the Dog and Elly the Cat Being Goofy 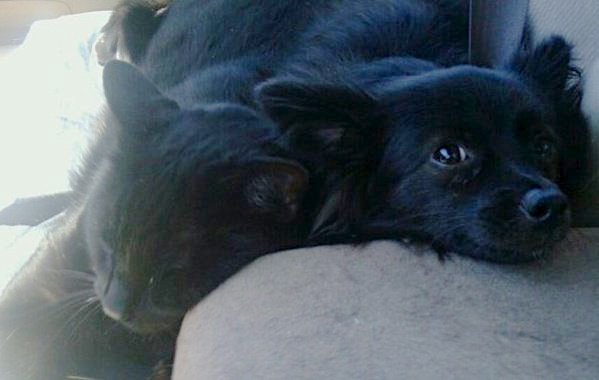 ENTRY 2: Violet the Schipperke/Pomeranian and Zoolander the Black Cat, Napping 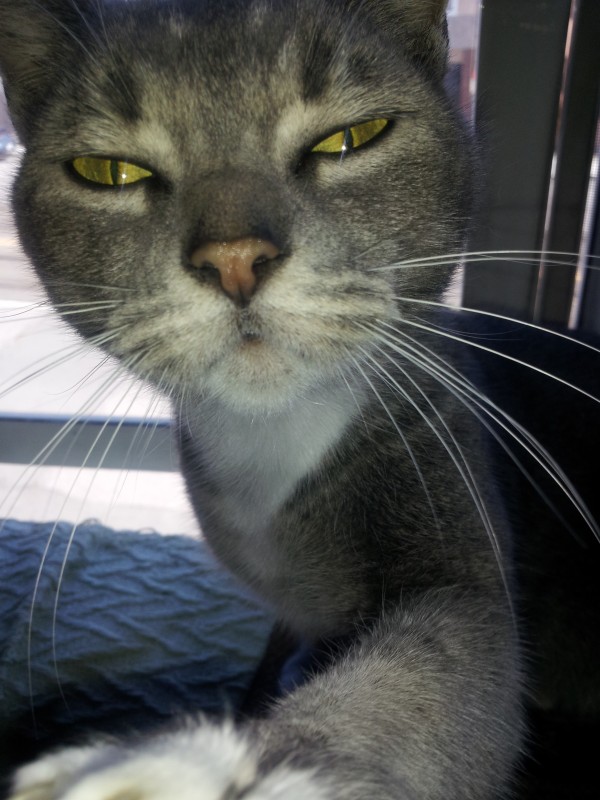 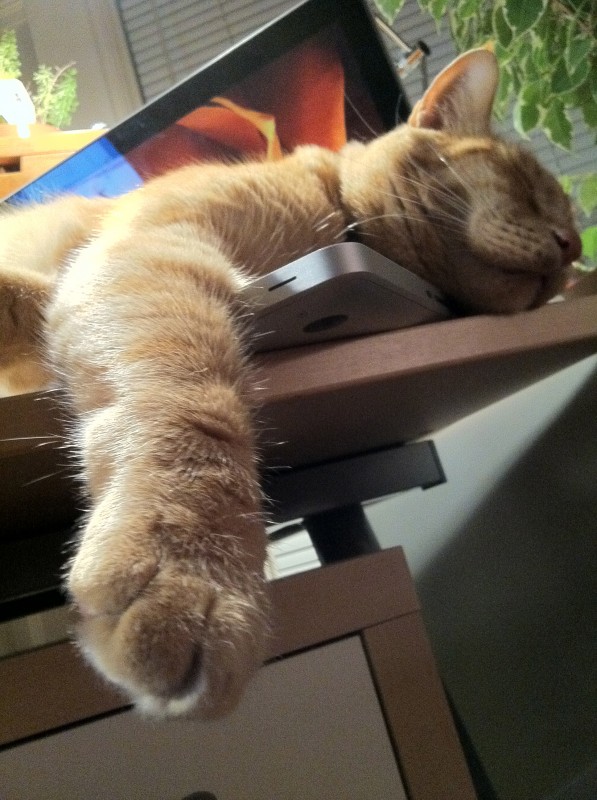 ENTRY 4: Lucca the Cat Snoozes on a Laptop (Lucca may look vaguely familiar.) 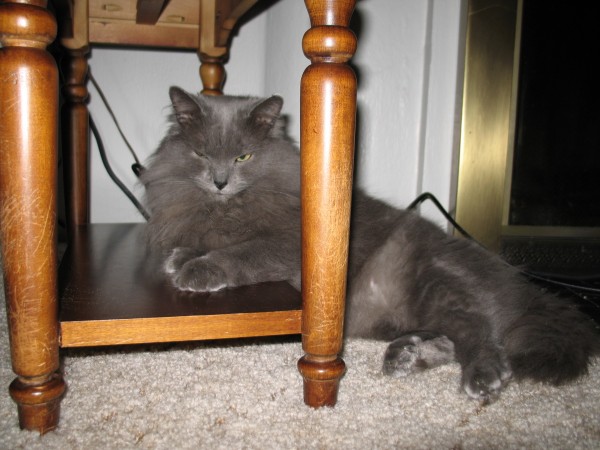 ENTRY 5: Lady Jane the Cat Hatches Evil Plans From Under an End Table

This entry was posted in Photo Contest and tagged Cat. Bookmark the permalink.