Lack of tail and a bit of build suggest an Australian cattle dog to me, but if he is an ACD mix, he’s mixed with something very, very large. Maybe even Great Dane. He has the coloration of some Newfies, but not a lot of the other features. Autumn thinks he might be part Rottie, which would explain the stumpy tail.

Whatever he is, he knows exactly how a Dog of San Francisco should act. 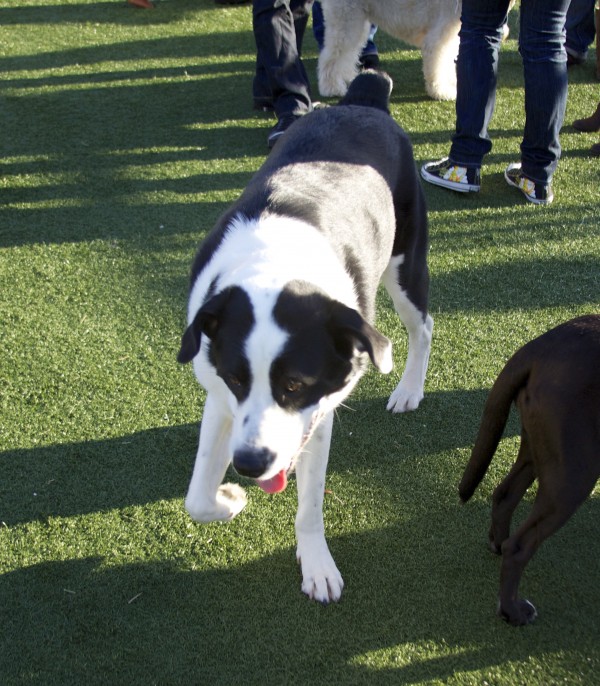 This is from Wags & Wine. And he was very sensitive to attention… he spotted it the moment I started taking pictures of him and came over. 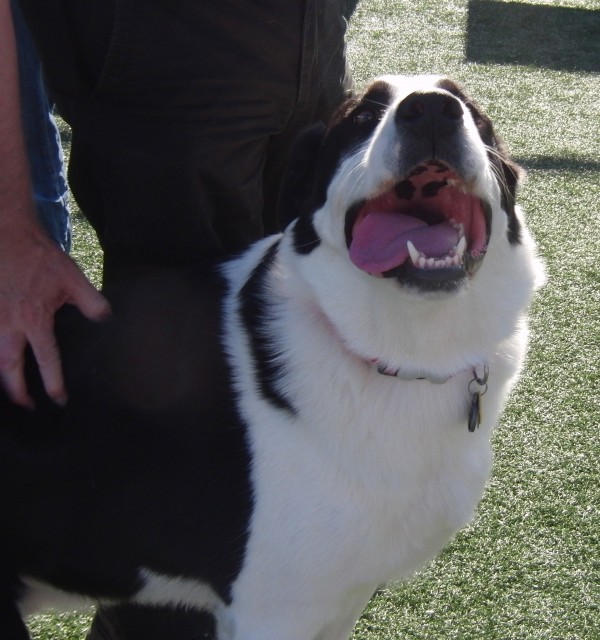 Spotty roof-of-mouth. Never seen that before, but I can’t say as I looked very often. 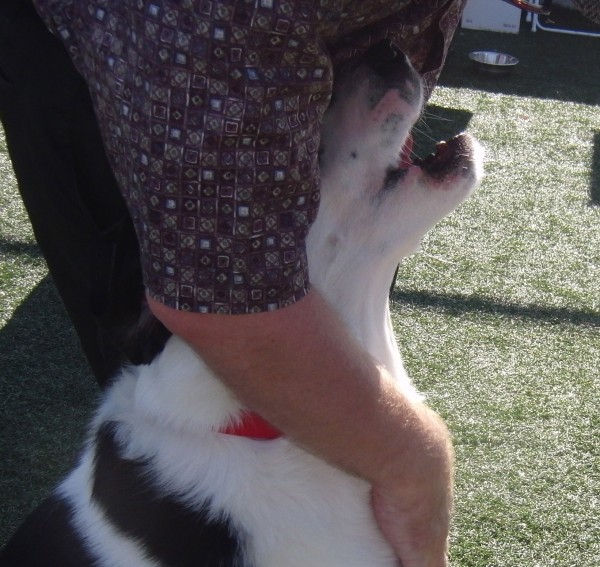 Autumn got most of these pics, by the way. That’s because that arm is mine. Clearly I was too busy with the important job. 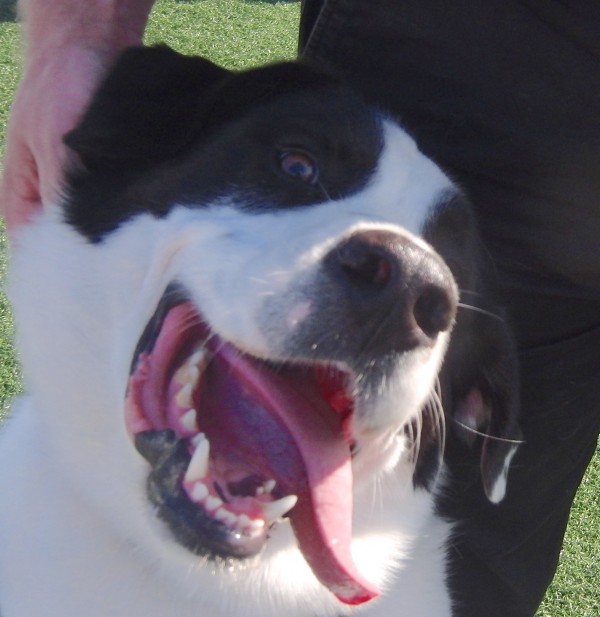 All right, where do I get one just like him? 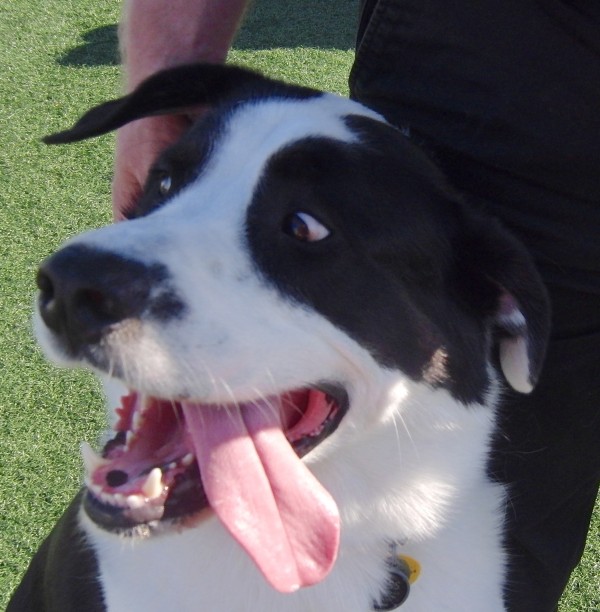 Something sure caught his attention. 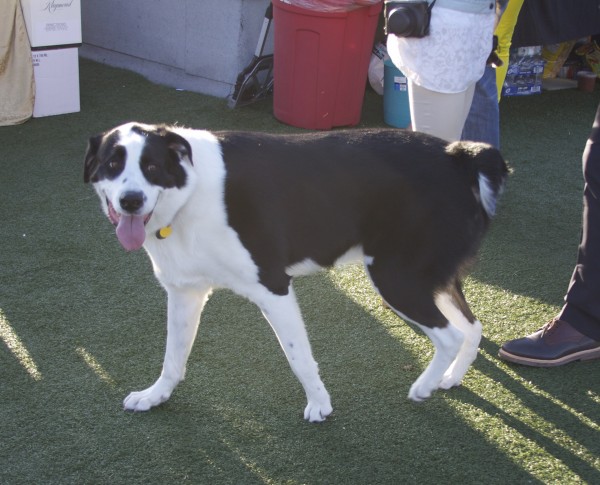 Kind of a Rottweiler-esque tail stump, I admit.

This entry was posted in Dog of the Day and tagged SOMA, Unknown Mixed Breed, Wags and Wine. Bookmark the permalink.