This pup is the pub dog at a local biergarten-cum-thingummy. I will not mention the exact place, because they serve food as well as drink and I don’t think dogs are, strictly speaking, allowed in.

However, I will say that he caused a bit of a ruckus, or possibly even a rumpus, a few weeks ago: he suddenly dashed out of the front door, past a rather surprised entering patron, and led several people (including Autumn and myself) a rather merry chase. We eventually gave up, because we had absolutely no idea which way he’d gone, but fortunately someone else did better, and he was returned, none the worse for wear. 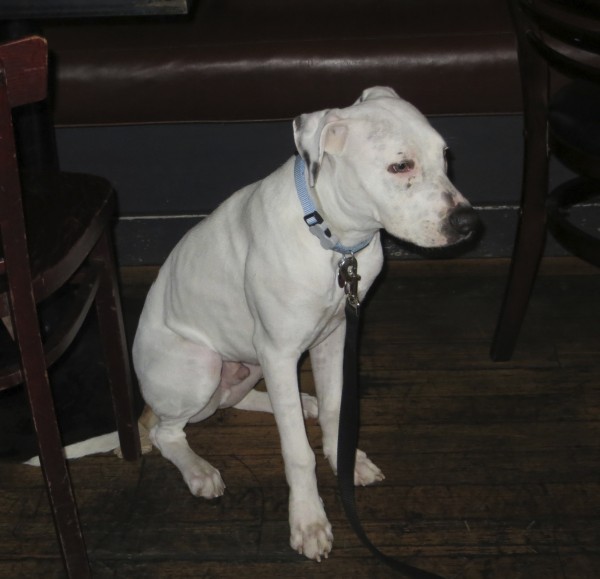 He did look a bit despondent at times. (And he was terrified of me.) 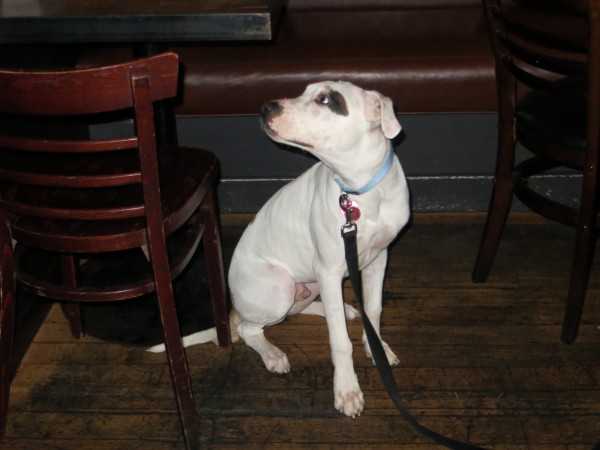 I guess he was a recent rescue, so it makes sense. Poor pup. (Gotta love the black spot!) 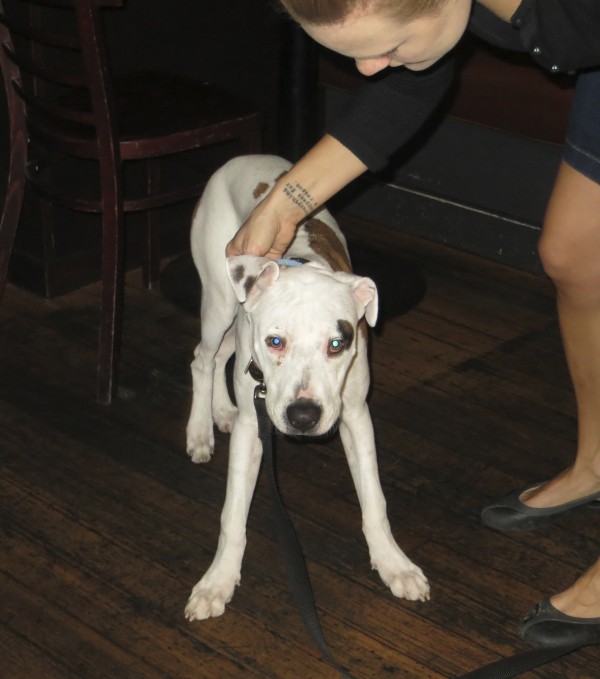 He definitely liked attention from mom, at any rate.

This entry was posted in Dog of the Day and tagged American Pit Bull Terrier, Mixed Breed, North Beach. Bookmark the permalink.