Reggie is a Peruvian hairless dog mix (my guess is Australian cattle dog), and Rue is a Chinese crested. They’re best friends, and were out to take the Sonoma-Marin Fair by storm. They may not have won the contest, but sure did have a lot of fun.

Also, I think I got the name of yesterday’s dog wrong: I think that’s Addison. (Corrected it there, too.) 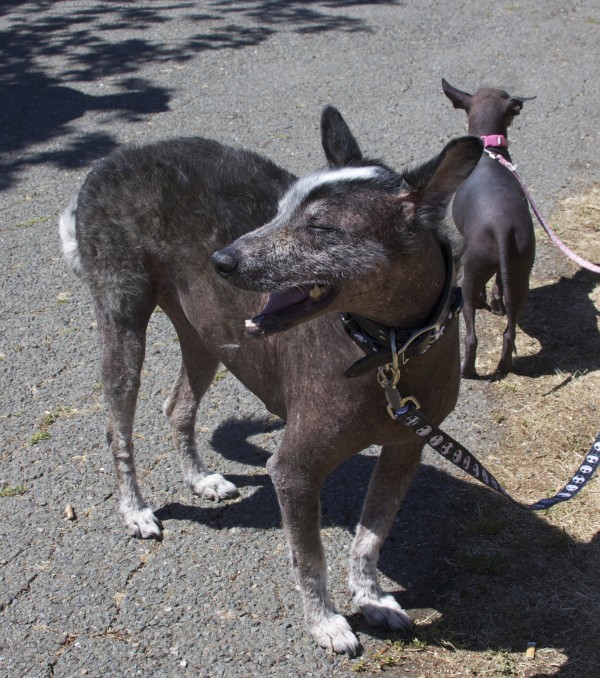 See? Totally having a blast. 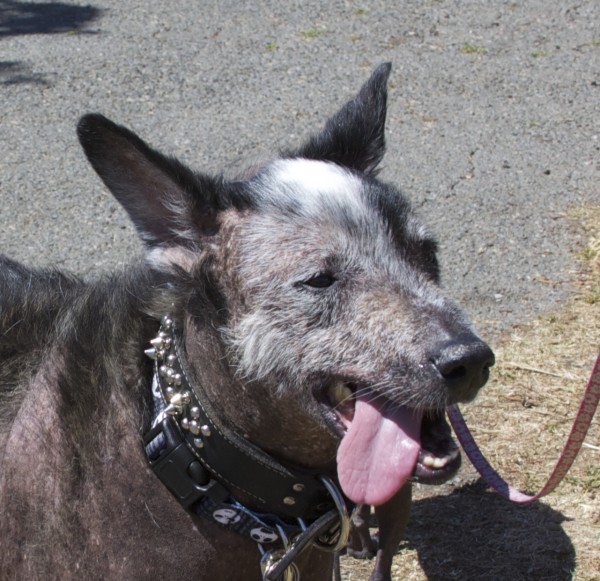 Wonder what’s up with the double collars? 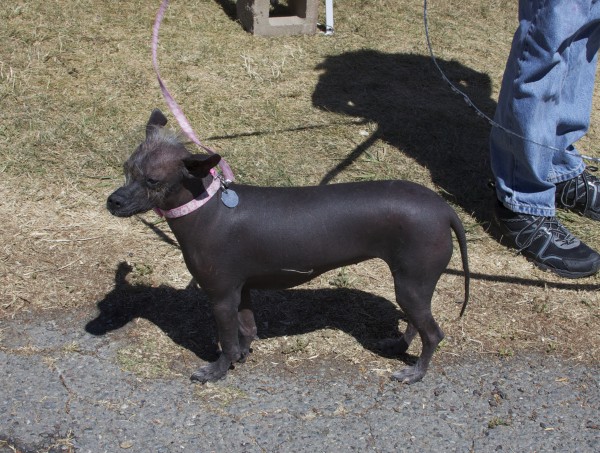 This little gal put up with a LOT. Just in the time I was standing there, six or seven kids came up and asked to touch her. 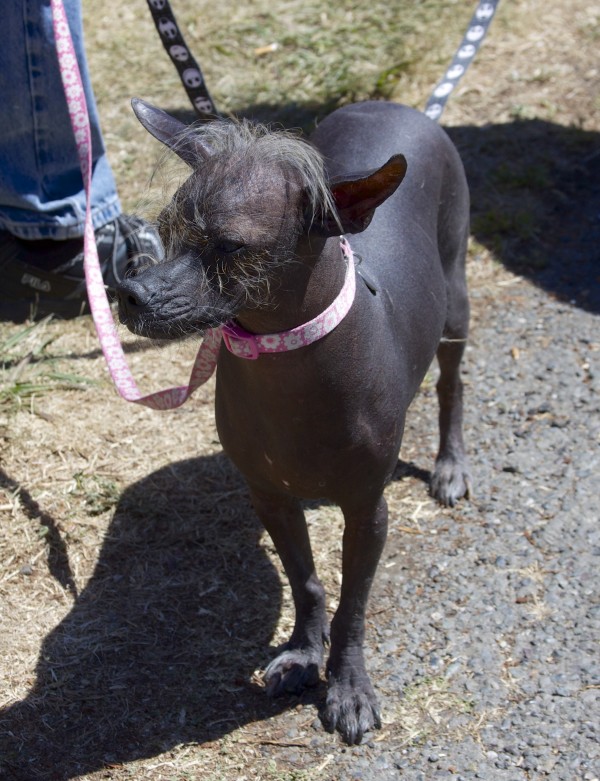 She just stood there and took the poking and prodding (and occasional petting) like a champion. Though she may have rolled her eyes a bit at one point.