Multi-Dog Day: Some More of the Ugly Dogs Contest

We are coming to the end of our ‘ugly dogs’ posts, not because I’m running out of pictures but because I have something else planned for this coming week, and I don’t want to belabor this point too hard. So I’m just going to dump some of the better pictures in here and call it a year. More next year, barring any sudden changes in address, of course! 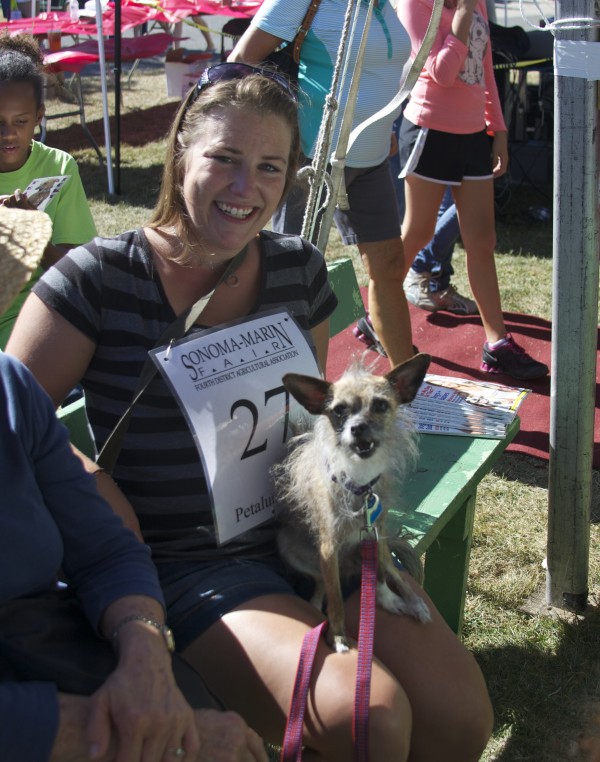 I’m not sure this pup (who I can’t identify) was having quite as much fun as mom was. 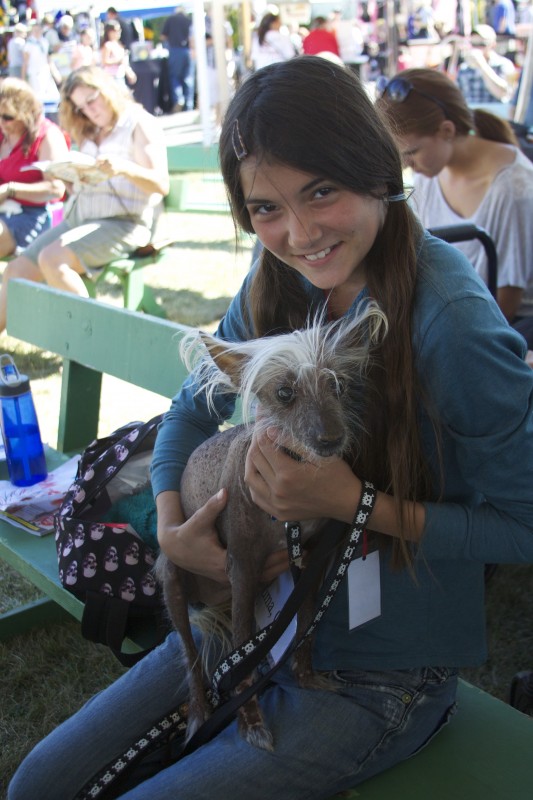 This one, whom I believe to be ‘Spam-o-Rama’, was having fun for a while… and then got a little overwhelmed. 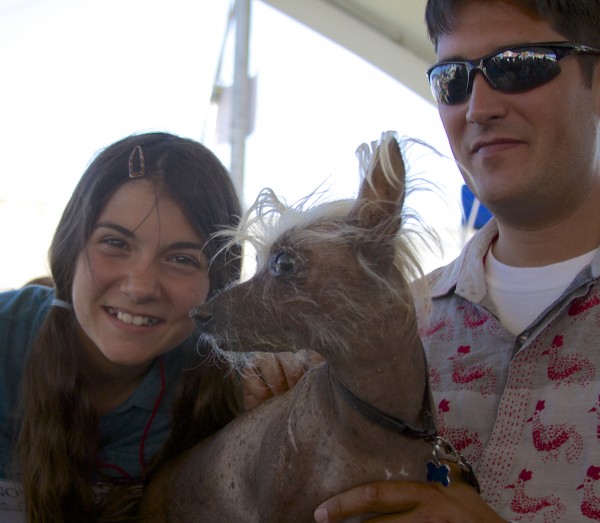 Yup, it sure is. Spam-o-rama looks the same as he did when he entered in 2010, but his companion looks quite a bit different! 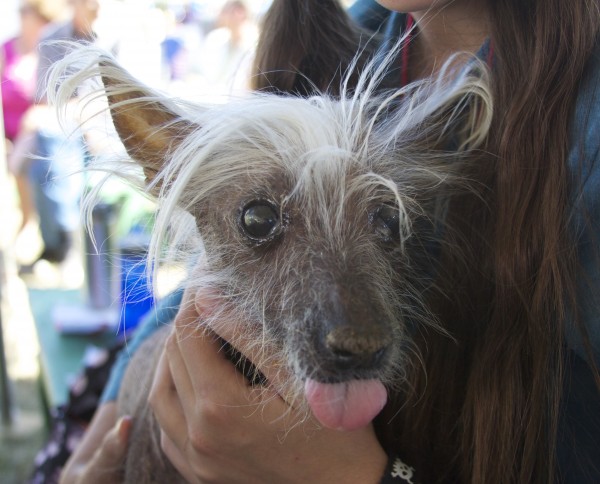 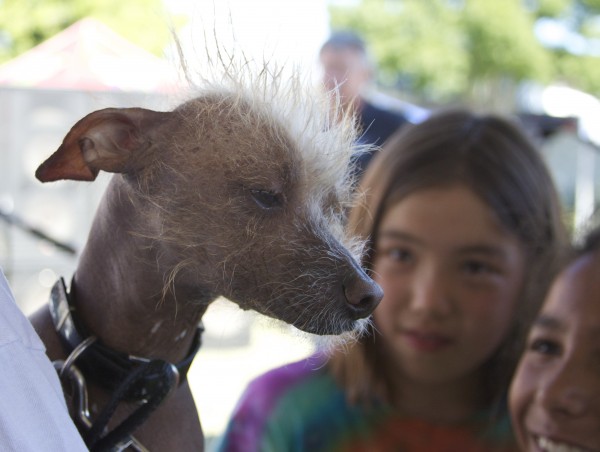 I really like this picture. I think the dog is ‘Icky’. (No, that’s not a value judgement, that’s his name.) 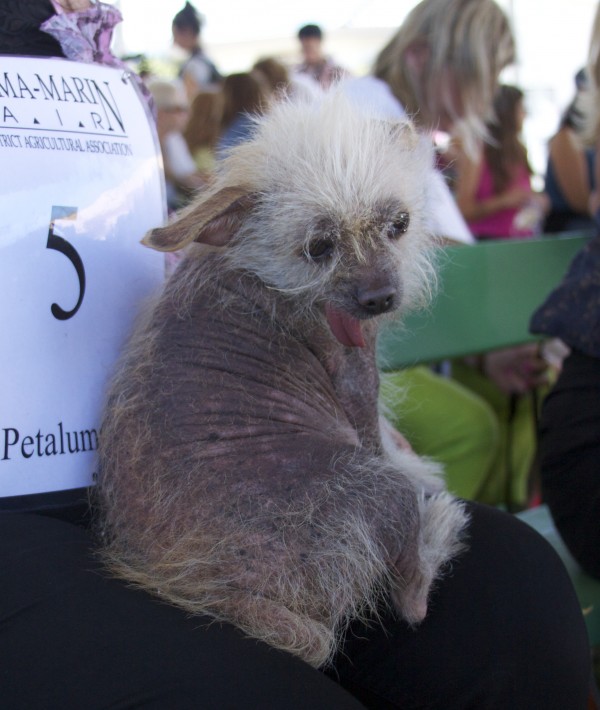 And I think this one is Josie. She looks a little sad. 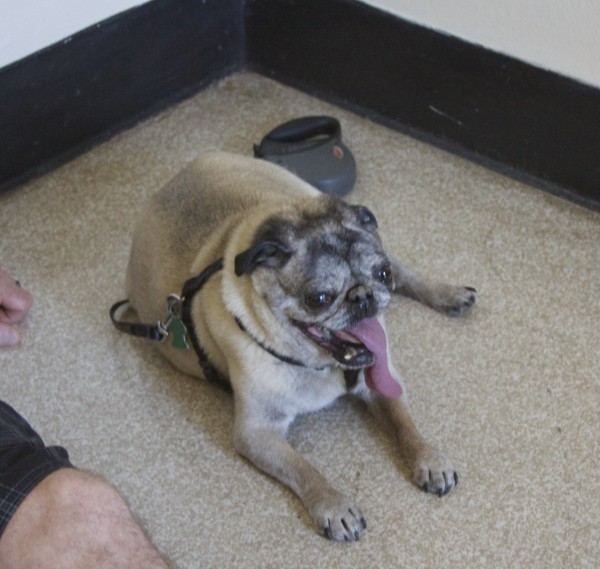 Penny is a bit of a one-trick puppy: sure, she has a yard of tongue, and she’s a pug, but you need more than that to compete in a contest like this. 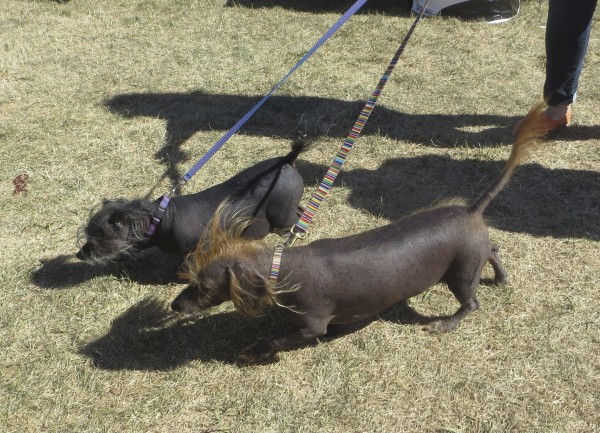 The closer of the two is Isaboo, and I can’t identify the other one. I personally think he without the mohawk… which, I guess, was probably the point. 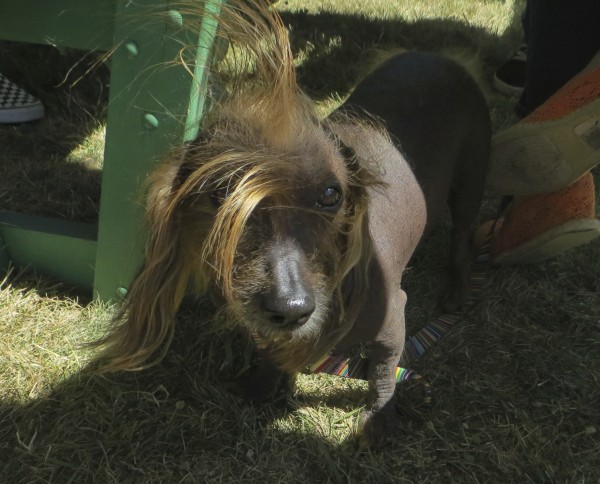 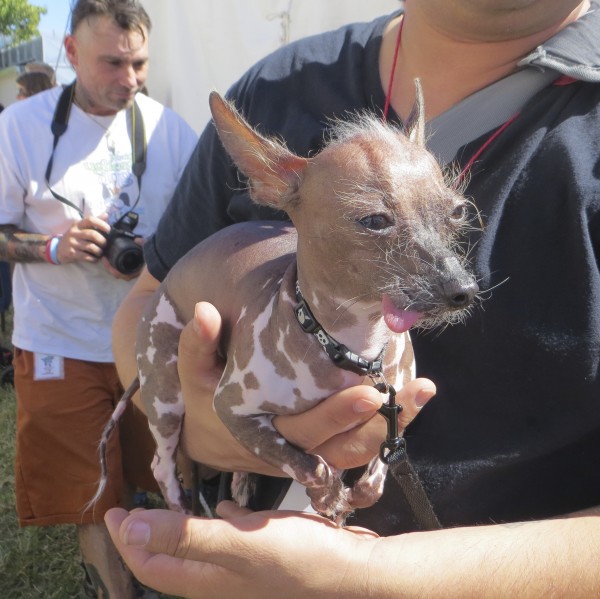 Can’t identify this pup either, but I’m impressed. With those bulgy eyes I wonder if he’s Chinese crested/Chihuahua? 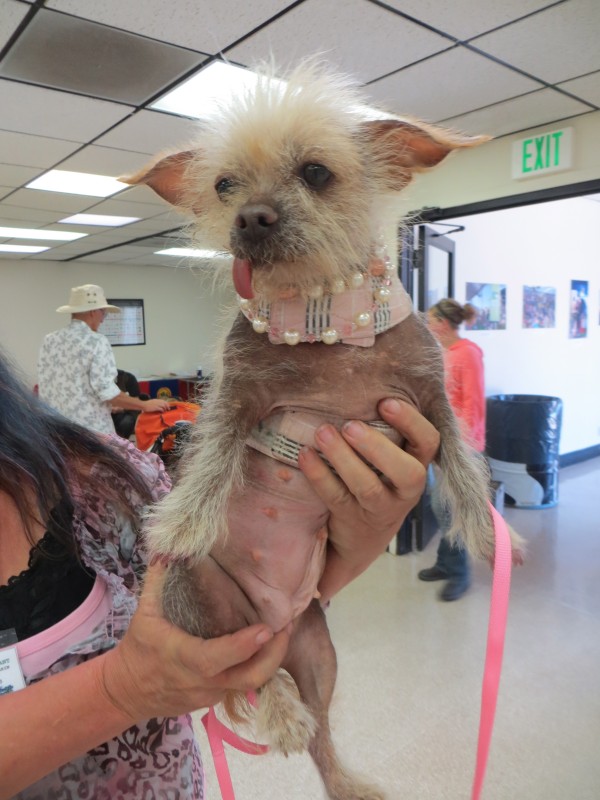 I don’t know who this one is, but she’s definitely got her own personal style. 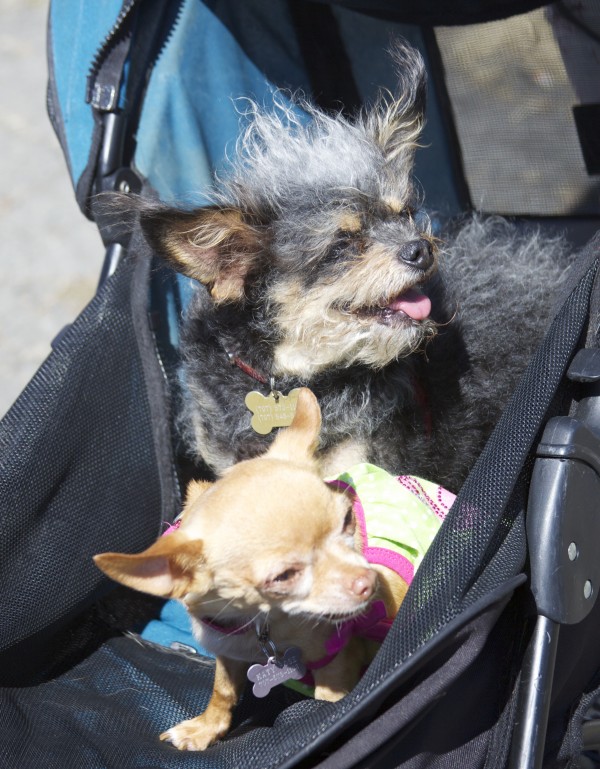 The one in the back is Scamp, a contestant. I like to think the one in front is his manager. 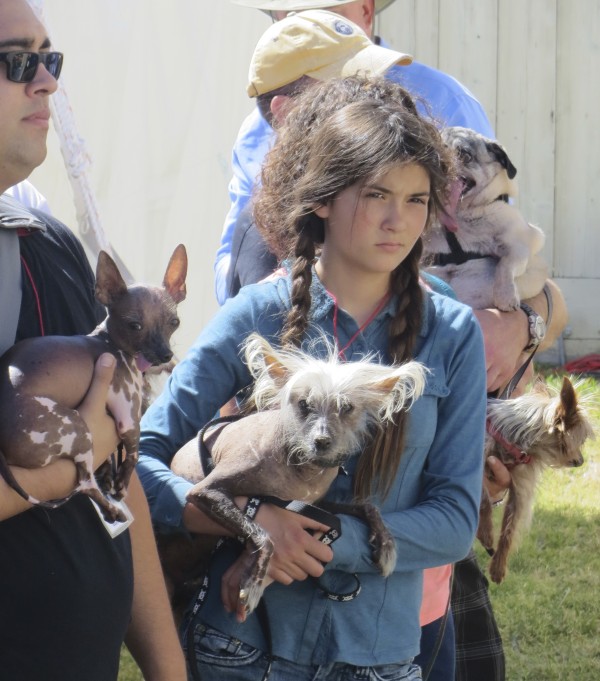 The pre-contest pep talk. I wish I’d gotten more pictures back there, it was quite impressive being surrounded by those dogs.

This entry was posted in Dog of the Day and tagged Sonoma, Various Breeds, World's Ugliest Dog. Bookmark the permalink.

2 Responses to Multi-Dog Day: Some More of the Ugly Dogs Contest