Another adorable adoptable FIV+ kitty for you. This one, due to the fine people at Maddie’s Fund, is actually free to a good home. (They cover the adoption fees.)

And Sprout is awesome. The lighting in his little kitty condo (which, by the way, is a lovely luxurious space) is pretty dim, especially in the evenings, and Sprout was much more interested in playing and being petted and eating and playing and being petted than he was in standing still long enough for a long exposure. He kept walking out of my field of view, and I’d take the camera away from my eye and he’d have his chin resting on my knee. He did love playing with the feathers-on-a-stick, but of course while he was doing that he was just a little kitty-blur. 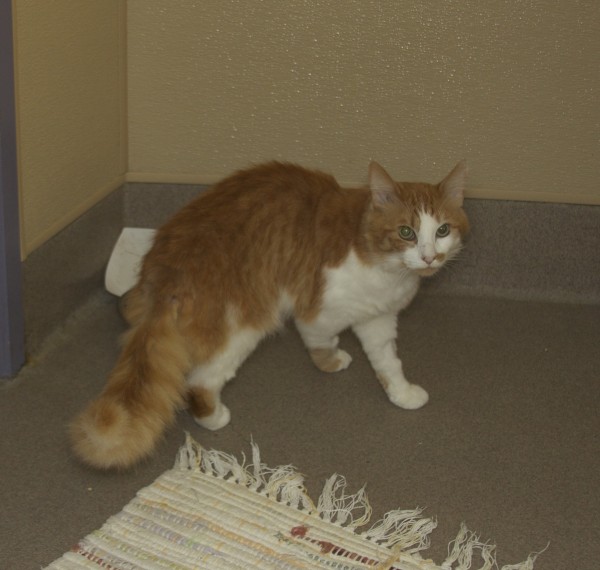 That tail. Sprout has a tail that’s as poofly as three normal cat tails tied together. It’s pooflier than any long-haired cat’s tail that I’ve ever seen! 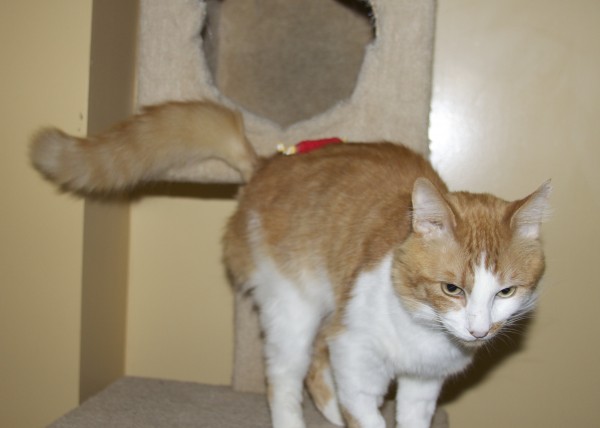 Sprout was also surprisingly good-natured about me, for example, stacking things on top of him. 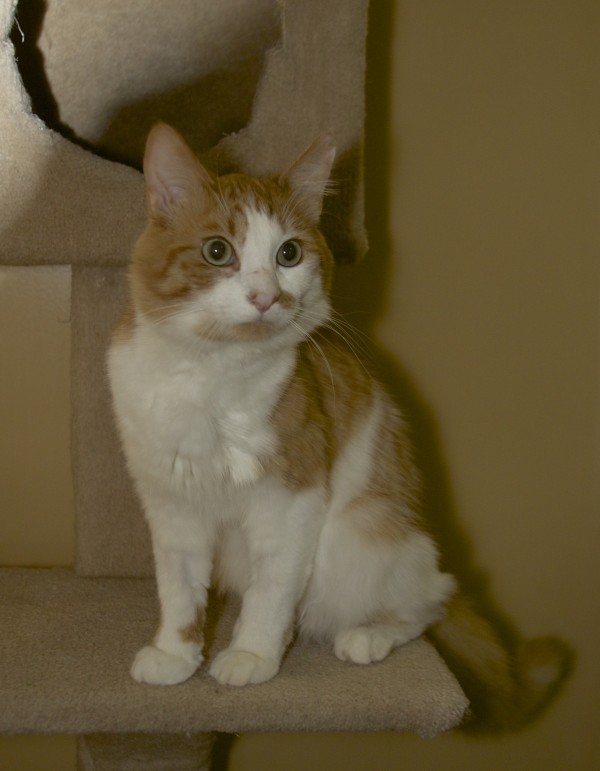 Look at those pupils. Kitty WANT! 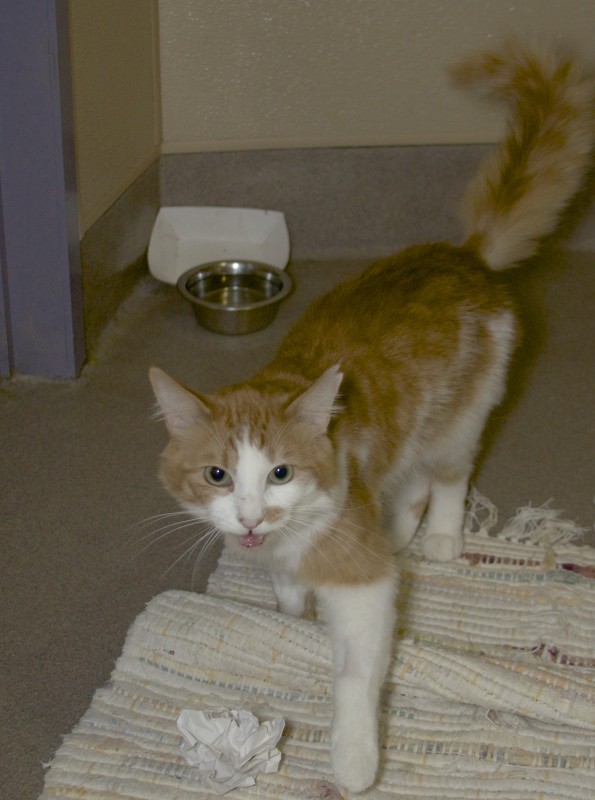 Sprout actually played with the piece of crumpled up paper for a little while, but then he looked up at me, meowed, and he was back to butting his head against my knee. Also, another view of that magnificent tail. 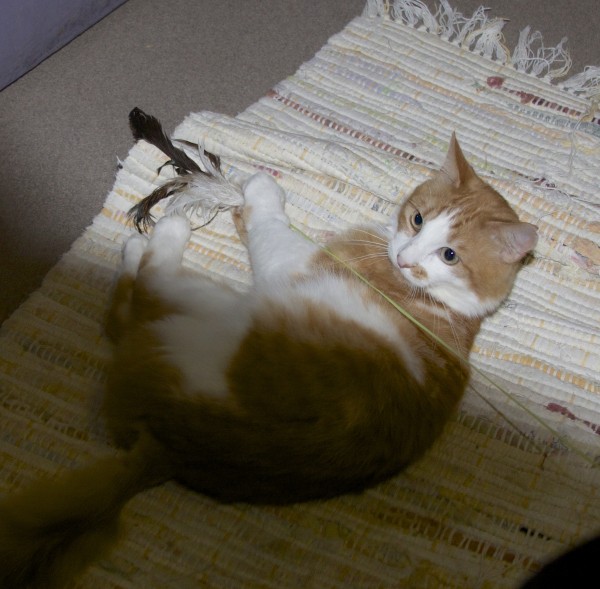 This is what happens when you’re holding a piece of paper up over your flash as a diffuser, and the target moves quickly and the camera does too, but the paper only moves half-fast. Alas, none of the others are any better.