Nutmeg is 6 months old, and I think she’s going to be stuck at the height of cuteness for years. Those EARS, oh my god so ridiculous. 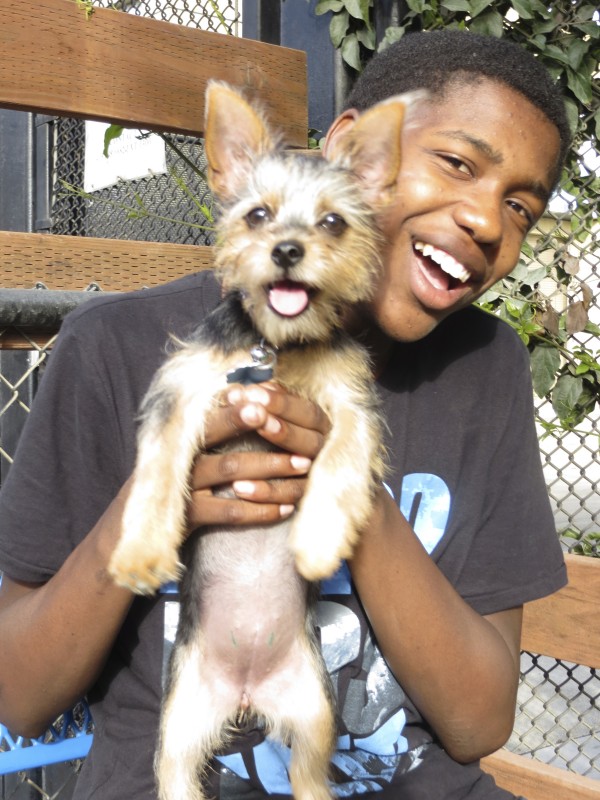 Oh god so cute. I said I wanted to take some pictures and he scooped her up right away, because she tears around so fast that he figured there was no chance I’d get anything useful when she was on the ground. 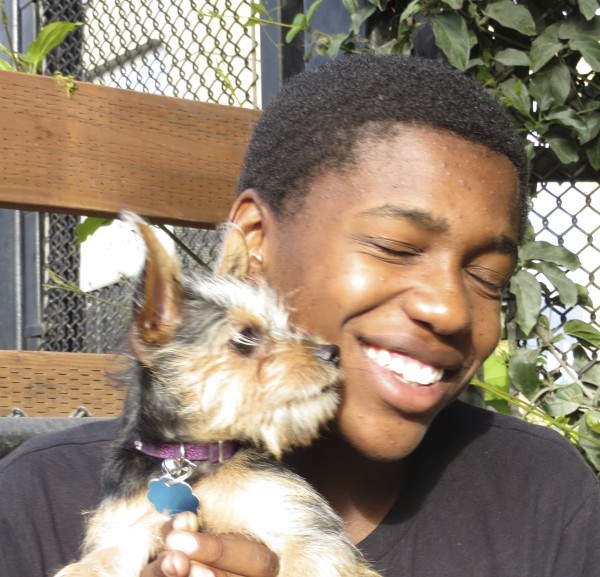 He was more or less right, too. I took 120 rapid-shot pictures of the pup playing, and I deleted over 100 of them. That’s one fast pooch. 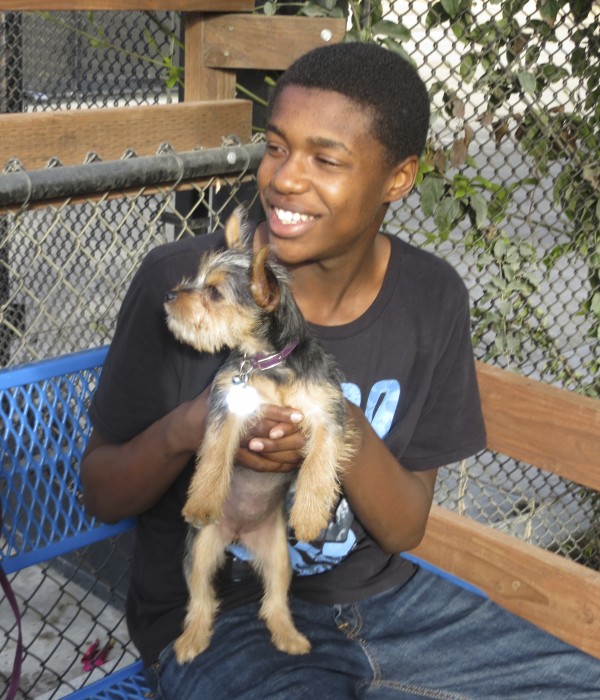 If you look close you can see the blue-green tattoos on the puppybelly. 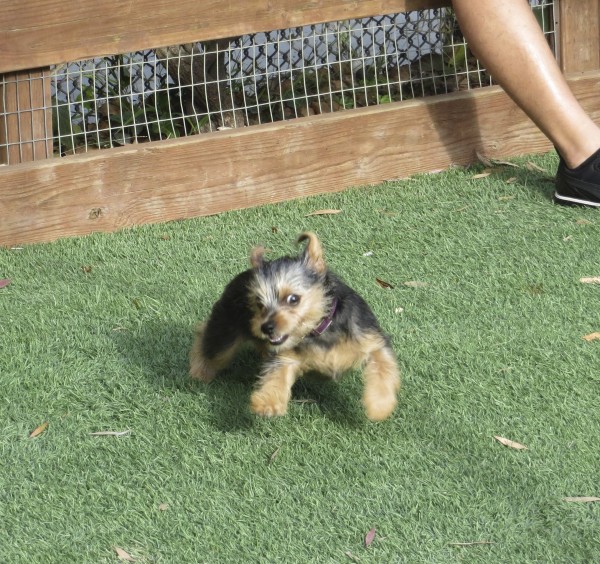 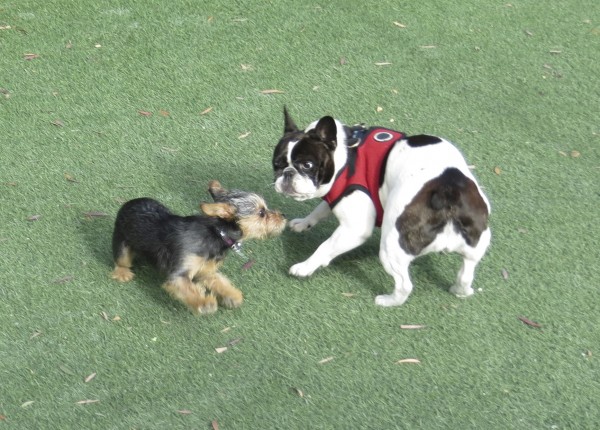 The Frenchie was having a grand old time, even if his expression looks a little dubious here. 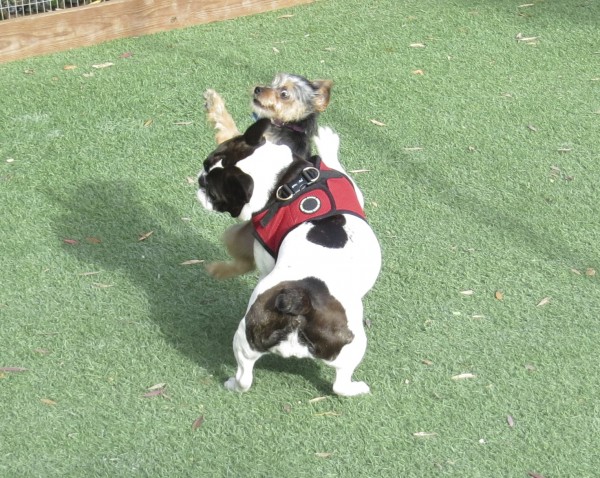 The French Bulldog was mostly reduced to running around in Nutmeg’s wake, but he did catch up once or twice.

4 Responses to Dog of the Day: Nutmeg the Yorkshire Terrier/Chihuahua Mix Puppy with Bonus French Bulldog