A friend of mine suggested this, and I guess I really ought to post it, since probably not every single person in the whole United States has seen it yet. And, well, if there’s any animal of the week in San Francisco this week, it’s surely the bat. Alas, I was not in a position to get any pictures, so you’ll have to settle for a couple of pilfered ones.

Yesterday, San Francisco turned into Gotham City, for the benefit of one 5-year-old boy and the Make A Wish Foundation. Miles Scott, a boy who had childhood leukemia (now in remission) wished to be ‘Batkid’, and boy, did he get his wish. He worked alongside a costumed caped crusader, thwarting, among other things a bank robbery (the Riddler) and a kidnapped San Francisco Giants mascot (the Penguin).

And I even took the afternoon off… and went stumbling through the crowds, not reading the news or anything like that and wondering why it was SO DAMN HARD TO GET ANYWHERE. When, if I’d just walked straight home from work, I could have seen Batkid saving a woman who was tied to the cable car tracks (okay… so that’s actually pretty hilarious, if you’ve ever ridden a cable car at 7 miles per hour) less than three blocks from my apartment. Dammit!

Anyway, it’s pretty nice to see the city coming together to do something like this. Can you imagine what kind of world it would be if everyone got their fondest wish, once in their lives?

So: Batkid, saving a woman on Russian Hill, three blocks from where I live. 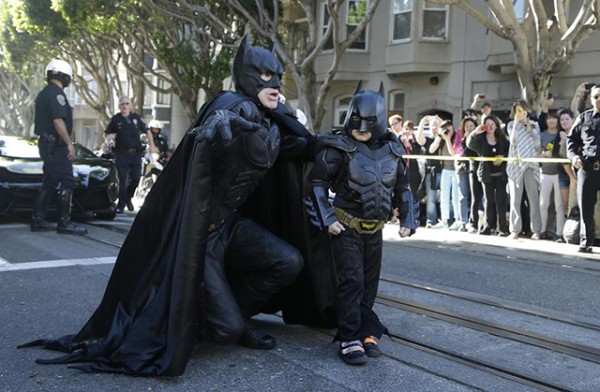 Photo by Jeff Chiu for the AP. Please don’t sue me. 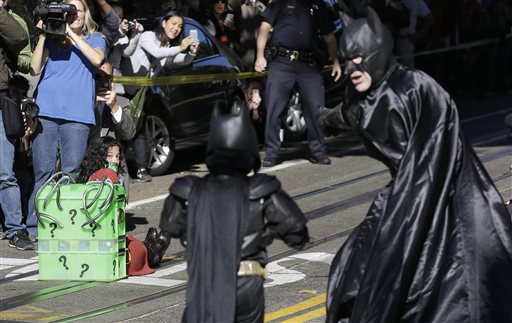 Okay, so she was tied to a BOMB and left on the cable car tracks.

And an awesome video about the experience:

Finally… well, it wouldn’t be complete without one of batkid’s biggest fans, would it? 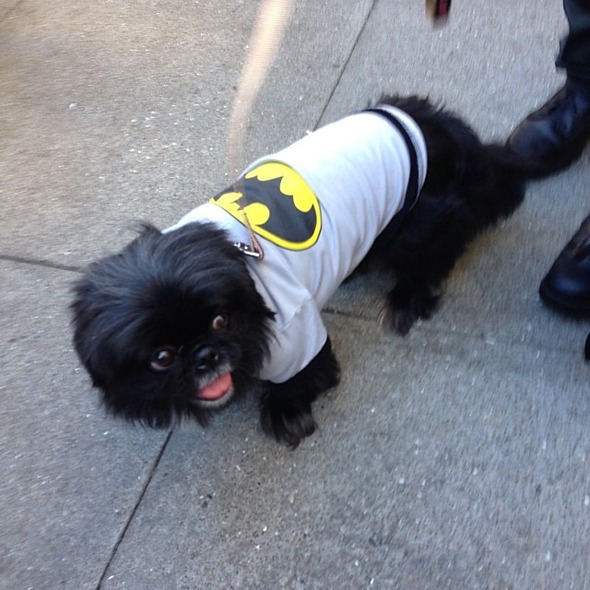 This entry was posted in Caturday Supplement and tagged Cityscape. Bookmark the permalink.