I think I remember this fluffy gal as being a wheaten terrier, although my notes don’t say, and she looks a bit like a fluffier-than-average goldendoodle, too. So who knows? The reason my notes don’t say is because I was too busy giggling about how goofy and adorable these two looked while playing together to actually take any notes. Hazard of the profession.

Incidentally: if I took pictures of your dog, and you’re on here, and haven’t seen your dog yet, please leave me a comment and tell me what your dog’s name is, and what breed, and if you recall, about when and where I took the pictures. I’ll move them right to the head of the line! 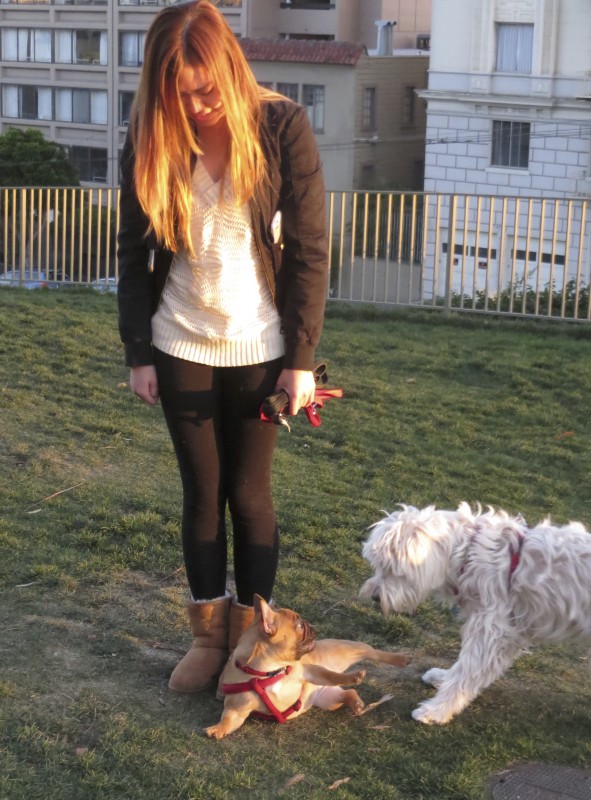 One of them was definitely hers. Don’t recall which. 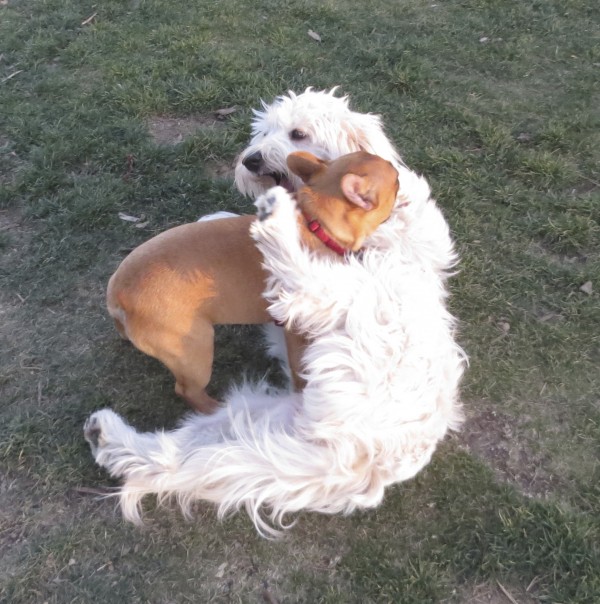 Taken while I was dealing with some of the worst of my kidney stone. These two helped my morale enormously. 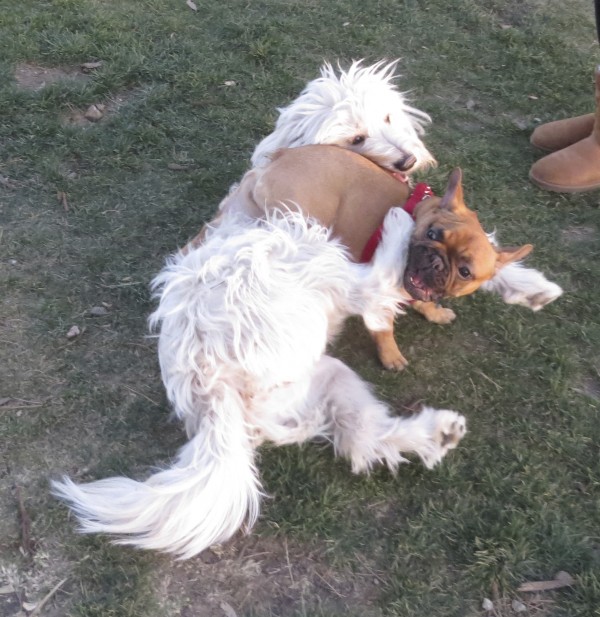 Their expressions were endless fun. 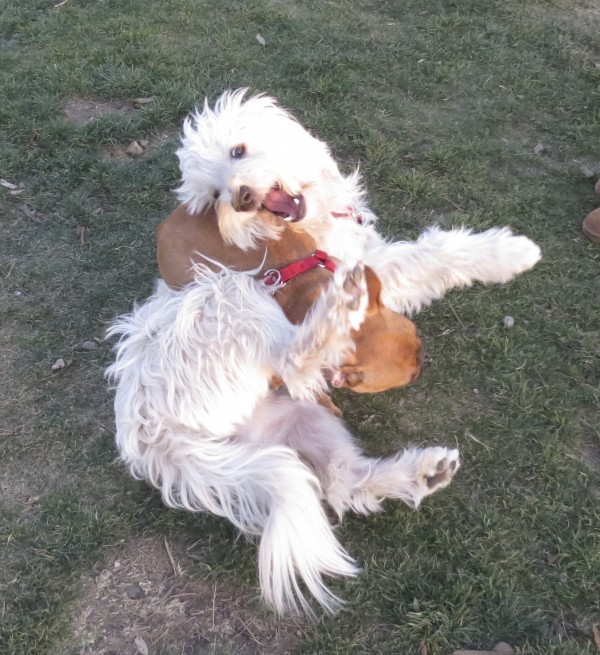 If there hadn’t been any humans around, I probably would have tried joining in the wrestling. 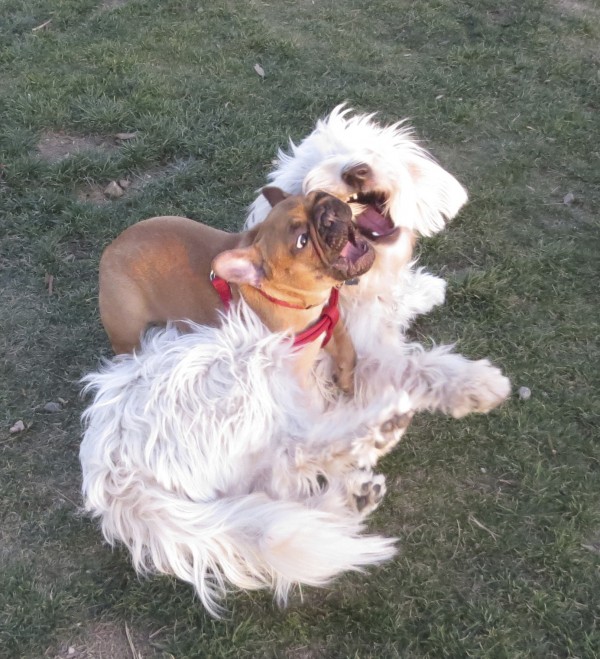 My favorite of the group. 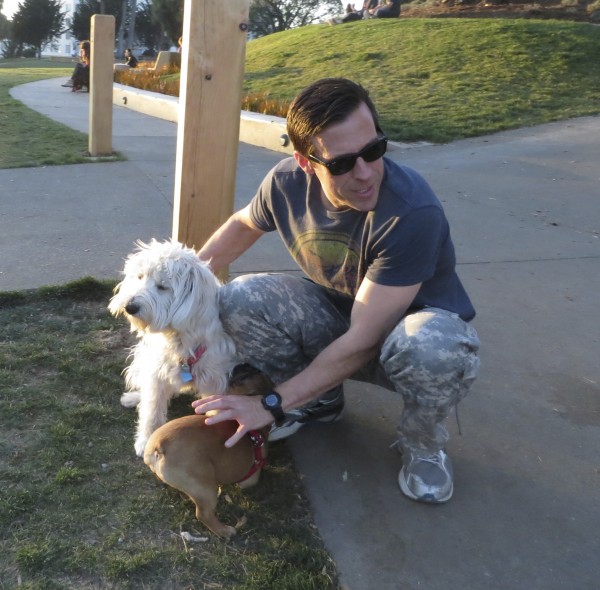 The two alternated between wrestling and running up to just about everybody and demanding to be petted.

This entry was posted in Dog of the Day and tagged French Bulldog, Lafayette Park, Pacific Heights, Soft-Coated Wheaten Terrier. Bookmark the permalink.