Dog of the Day: Ike the Incredible Dane

I was meeting Autumn for dinner at a restaurant down on Fillmore Street a couple of weeks ago. I’d been out walking (taking my mind off my discomforts) and was waiting for her. It was already dark (which, at that time of year, is synonymous with ‘it was dinnertime’) and I was wandering a bit. And, right out in front of a favorite restaurant of ours (Chouquet’s, also on Fillmore) I ran across a Great Dane.

But this was not just any Great Dane. I introduced myself to him and he plastered himself against me, demanding petting. He no longer looked like a young dog, but he still got around fine. I estimated his age at 5 or 6.

Turns out he’s TWICE that old. Eleven, as of February 5th! That’s like meeting a 110-year-old person… at a restaurant. Ike is my new hero. I’ve been waiting on posting him, since his mom promised to send me a couple better pictures of him, but I think she may have forgotten, and I couldn’t let this go un-posted. Happy slightly belated birthday, Ike! 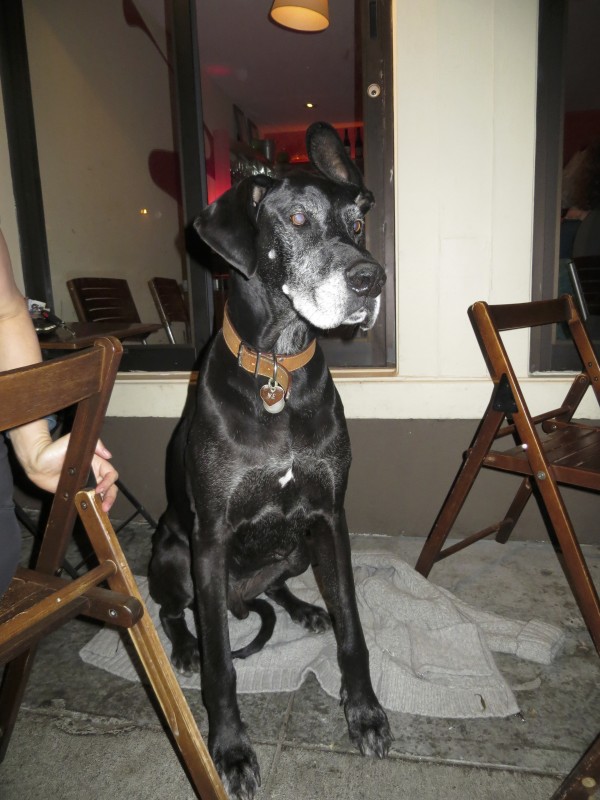 Okay, get a load of those ears. Also, the eye: he’s not blind, that’s from my flash. It was too dark to get normal pics.

This entry was posted in Dog of the Day and tagged Fillmore Street, Great Dane, Pacific Heights. Bookmark the permalink.