Goaterday Supplement: Baah on Your Fences

So Autumn and I went over to the Oakland Zoo last weekend, just for fun. And, with all the other little kids (at heart or otherwise) we visited the petting zoo. There were a number of animals, but it seemed surprisingly sparse… and then an entire flock of goats appeared on the hillside above, and outside the fence of, the enclosure. And grinned down at us. 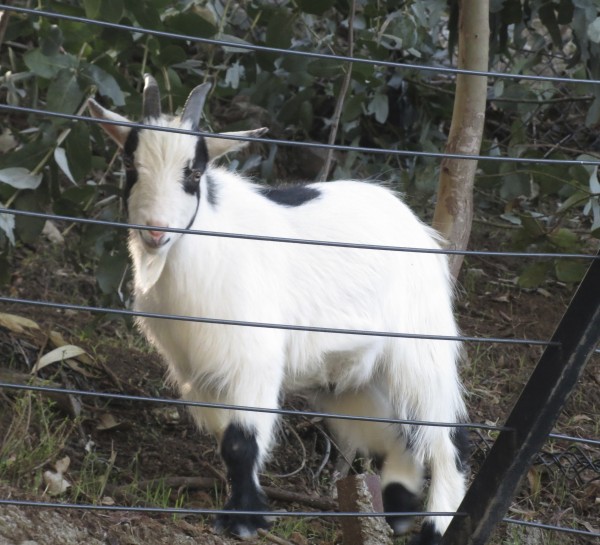 Look at that face. That is a smile if I have ever seen one. 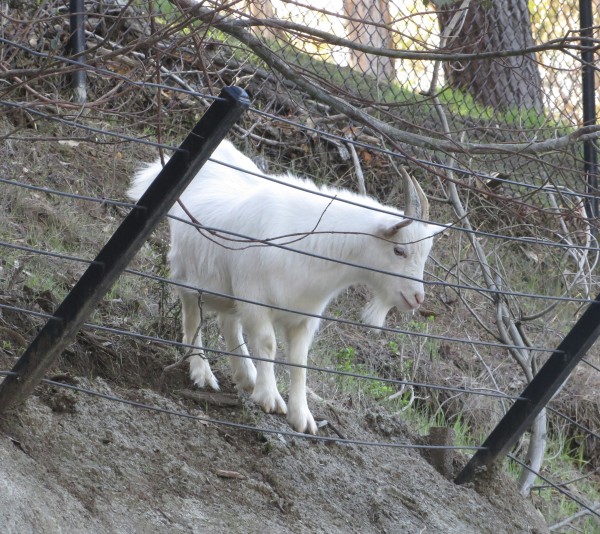 Look at that magnificent beard.

And I thought, ‘Well, that’s funny. I guess they escaped, and now they can’t get back in. But the staff doesn’t seem at all bothered.’ And indeed, they were stuck on the outside of that wire fence, which was at the top of a sheer wall.

And then they proceeded to push through the fence at a point where it was a little stressed, and just climb down the nearly vertical wall, at one of its least steep spots (which was still only about 15 degrees from the vertical). The frustrating part (for Autumn, and me, and about 30 9-year-old girls) was that they climbed down on the other side of a 15-foot-tall cyclone fence, so we couldn’t pet them. And it’s not like goats can climb cyclone fences. Right? 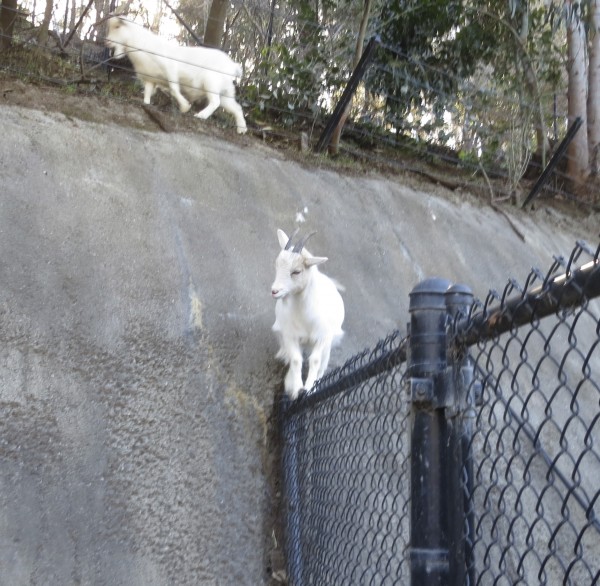 This little goat stood up there a good long time, gazing down at us. Gloating.

It got up there and then stood there for a while, and I thought, ‘Hmm, the wall is much more vertical on this side. Is he going to need a hand getting down from there?’ 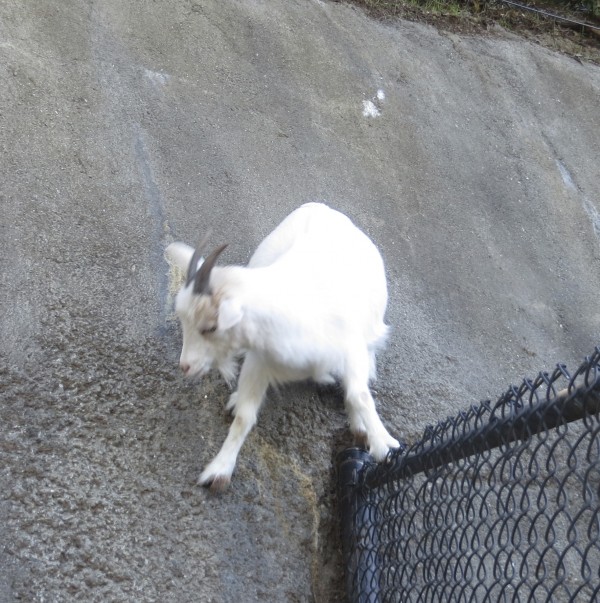 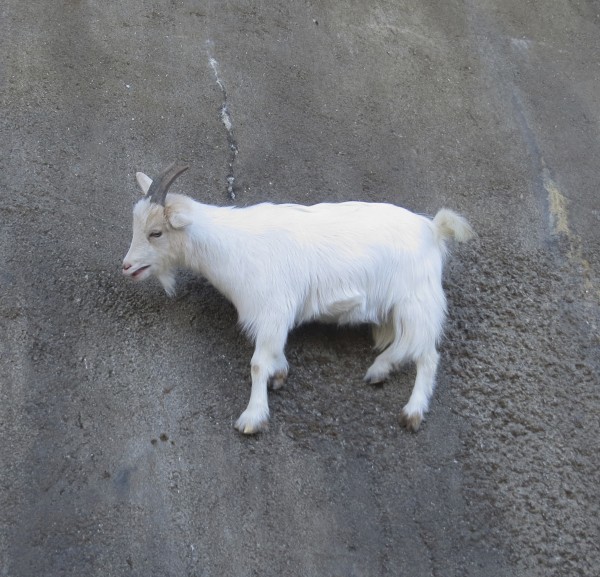 The attendants were not fazed in the slightest by this, treating it as perfectly normal. So: apparently they built a petting-zoo enclosure for some sheep and goats, at the Oakland Zoo. And the goats decided that they quite liked it, but they also liked wandering around. So now they go wandering around any time they want, and then come back to get petted.

This entry was posted in Caturday Supplement and tagged Goat, Oakland, Oakland Zoo. Bookmark the permalink.