Dog of the Day: A Tail of Two Jacksons: Jackson #1, Beagle Puppy

Last Sunday, I ran into two dogs named Jackson, roughly five blocks from one another. I don’t think this has happened to me before. They were quite different, as you’ll see (I’m posting the second one tomorrow) but I like to think that when they meet they’ll become best buddies. 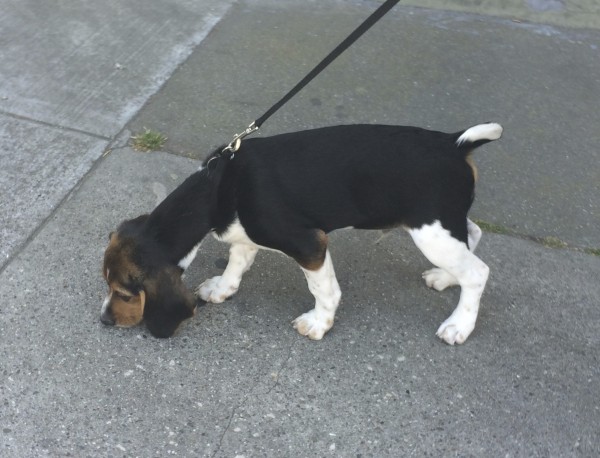 This Jackson is about twelve weeks old. 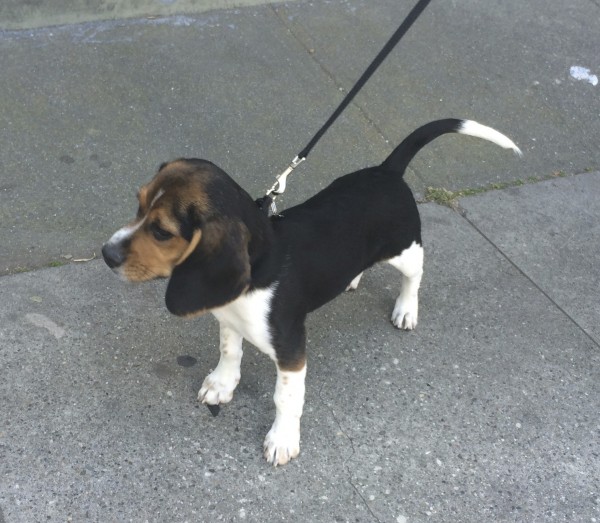 The pup was very distractible. It took a fair bit of effort to get him to look in my direction. 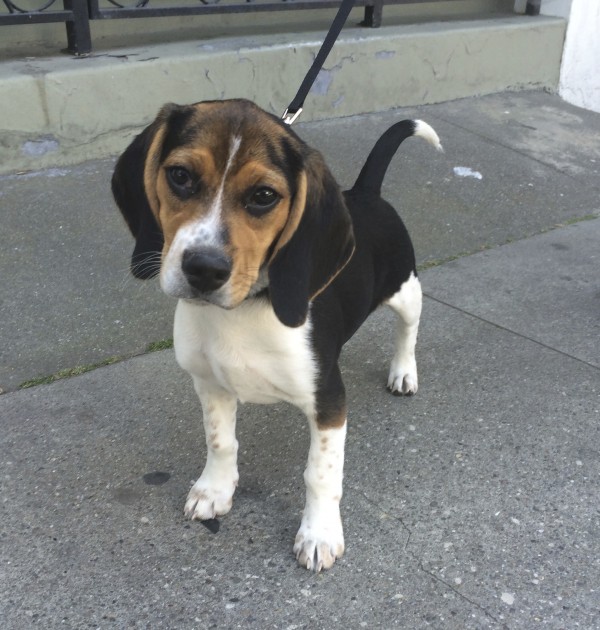 When he started looking in my direction I promptly melted. The puppydog eyes! 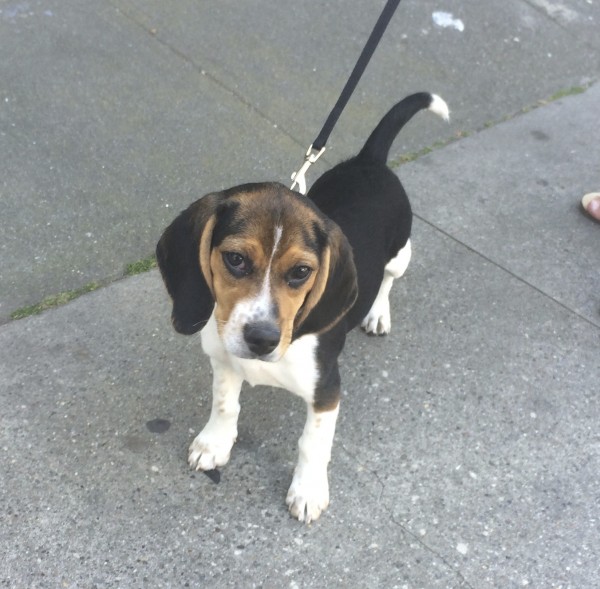 I need some kind of camera harness, so I can get pictures and pet puppies at the same time.

This entry was posted in Dog of the Day and tagged Beagle, Nob Hill, Polk Street, Puppy. Bookmark the permalink.